HomeProducts and TrendsFood and BeverageExclusion diets affect American followers’ social lives and budgets, survey finds
Recent
Latest
4 tips to get ahead of chemical concerns in packaging
May 20, 2022
7 CBD favorites in the increasingly popular gummies format
May 20, 2022
Mission MightyMe helps parents introduce allergens to babies
May 20, 2022
UNFI's Eric Dorne to step down as chief operating officer
May 20, 2022
Trending
Whole Foods' honors 30 companies with 10th annual Supplier Awards
May 18, 2022
Sponsored Content
The rise of sustainable business – eGuide
Sponsored Content
Getting ready for 2023: Trends for brands to consider
May 17, 2022
Sponsored Content
Unboxed: 7 plant-forward ice creams to stock this summer
May 10, 2022 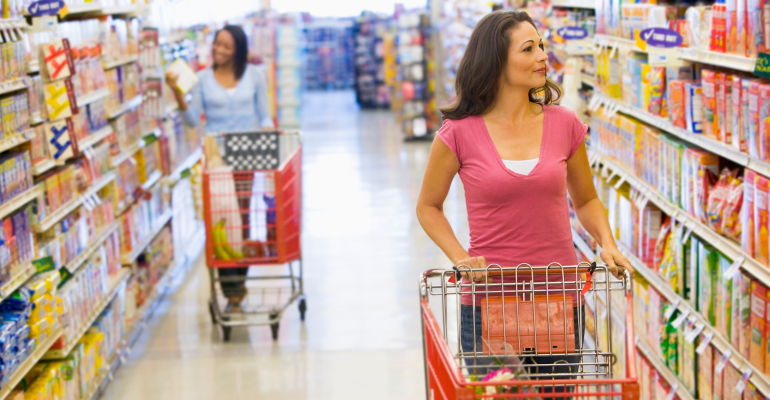 Americans who follow exclusion diets—whether by choice or for medical reasons—struggle with grocery shopping, dining out and even eating at friends’ or family members’ homes, a new study found.

And while grocery shopping is a mundane task for most, the survey found that vegan consumers (46 percent) have a particularly hard time when purchasing food online or instore, followed by vegetarians (39 percent), and consumers on gluten free diets (33 percent).

About one-third of Americans follow specific diets and of those, about 30 million or 30 percent accidentally consume food excluded from their diet on a weekly basis, according to the research.

The research—sponsored by Spoon Guru—sought to identify consumer struggles when it comes to food shopping, discovery and consumption. The British company makes a free app available on iOS and Android phones to help consumers manage their food allergies or specific dietary needs.

The findings create an opportunity for natural products grocers and retailers to educate these consumers about ingredients and food labels. A majority of respondents (54 percent) named non-existent or poor product labeling as the number one reason why they purchased or consumed the wrong food.

“The study found there is astounding support (86 percent) for the idea retailers should go above and beyond the current regulations to give customers more clarity on ingredients,” Markus Stripf, CEO and co-founder of Spoon Guru, said.

In addition, 61 percent of  respondents also believe they spend more money on food: Nearly two-thirds of consumers (64 percent) agreed they spend up to $50 more a month on food because of their preferences. 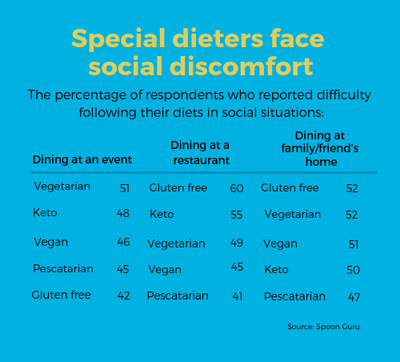 dy revealed people with food allergies or intolerances or who follow a lifestyle diet shy away from events due to a fear their dietary needs will not be catered for. Consumers aged 45 to 54 find it the most difficult to dine socially, followed by those 25 to 34 years old.

Even meals in the homes of their or friends and be challenging: 50 percent said it’s difficult to have their dietary needs met when the food is served.

However,  hospitality industry also has an opportunity to better engage these consumers, according to the research. Almost half (47 percent) of Americans with exclusion diets struggle to manage their preferences when socializing at functions.

Shockingly, the survey unveiled 41 percent of respondents believe they have been snubbed by restaurants because of their specific dietary needs. The poll found that almost half of men (48 percent) faced some form of prejudice, as did more than one-third of women (36 percent).

The study also revealed more than half consumers (52 percent) battle to find food suitable for their requirements when eating out at restaurants.

“The great news is that both retailers and businesses in the hospitality industry are starting to adopt smart technology, so it won’t be long until food discovery becomes inclusive no matter whether the consumer has an allergy, suffers from an intolerance or is simply following a lifestyle diet.”

Survey: More than one-third of Americans follow a special diet
May 17, 2018

Special supplements for special diets
May 19, 2017