These are America’s favorite vegan brands 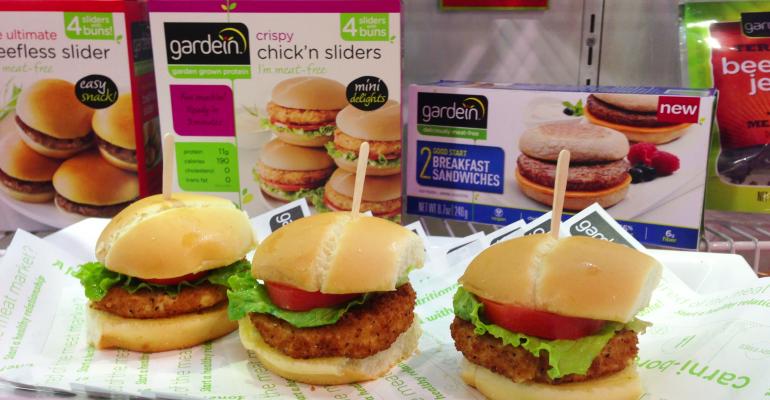 Gardein, Daiya and other plant-based leaders came out on top in a poll conducted by vegan advocacy group Veganuary.

From vegan jerkies to plant-based protein beverages, the choices for people looking to adopt a diet free of animal products are ever-expanding. To find out which companies are getting it right, Veganuary, a nonprofit that encourages people to try going vegan for a month, surveyed 6,500 of its participants and supporters about their favorite brands. Here are the results for U.S. brands.

Daiya won 43 percent of votes in this category. Miyoko’s Kitchen and Tofutti rounded out the top three.

Gardein’s range of meat substitutes emerged as the winner, but newcomer Beyond Meat came in close second. Tofurky nabbed the third spot.

WhiteWave brands dominated here, with Silk winning more than half of the votes and So Delicious coming in second.

Endangered Species, the fair trade company that donates 10 percent of its profits to international wildlife conservation projects, was the winner here with its range of dark chocolate bites, bars and spreads. Trader Joe’s and Lindt Dark Excellence rounded out the top three.