HomeMarket Data and AnalysisUS consumers are drinking fewer sweetened beverages
Recent
Latest
4 tips to get ahead of chemical concerns in packaging
May 20, 2022
7 CBD favorites in the increasingly popular gummies format
May 20, 2022
Mission MightyMe helps parents introduce allergens to babies
May 20, 2022
UNFI's Eric Dorne to step down as chief operating officer
May 20, 2022
Trending
Whole Foods' honors 30 companies with 10th annual Supplier Awards
May 18, 2022
Getting ready for 2023: Trends for brands to consider
May 17, 2022
Sponsored Content
The rise of sustainable business – eGuide
Sponsored Content
Unboxed: 7 plant-forward ice creams to stock this summer
May 10, 2022 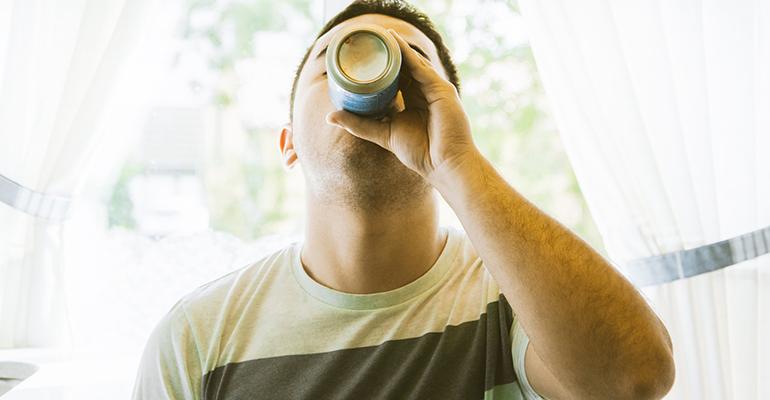 The percentage of heavy sugar-sweetened beverage drinkers trended downwards in most demographic categories, according to a new study.

"Our study contributes important new evidence and insights to research on SSB consumption, and it tells a public health success story. The percentage of children and adults who are heavy sugary beverage drinkers has declined significantly, which is similar to trends in overall SSB consumption. Public health strategies to reduce excessive intake of sugary beverages appear to be working," said senior investigator Sara N. Bleich.

SSBs are widely consumed in the U.S. by about 60% of children and 50% of adults on a typical day, and they represent one of the largest sources of added sugar in the diet. Heavy sugary beverage drinkers are an important group to monitor since excessive intake is linked to chronic conditions like obesity and diabetes as well as cavities. In recent years concern about excessive SSB consumption has been addressed through various strategies. For example, a number of cities and counties have imposed beverage taxes and passed several healthy beverage ordinances requiring restaurants to offer only healthy beverages with children's meals.

Studies looking at the changing consumption of sugary beverages have generally shown declines over the past decade. Unlike this study, however, little of the prior research has concentrated on heavy SSB drinkers, people who consume more than the equivalent of about 3.5 cans of soda daily.

The investigators used data from 2003 to 2016 for a sample of more than 20,000 children and 30,000 adults from the National Health Examination and Nutrition survey (NHANES), which provided a nationally representative look at beverage consumption for adults and children. In addition to looking at changes in consumption over time by heavy SSB consumers overall, the investigators looked at trends by age, sex, race/ethnicity and family income level, as well as purchase and consumption locations.

Journal of the Academy of Nutrition and Dietetics 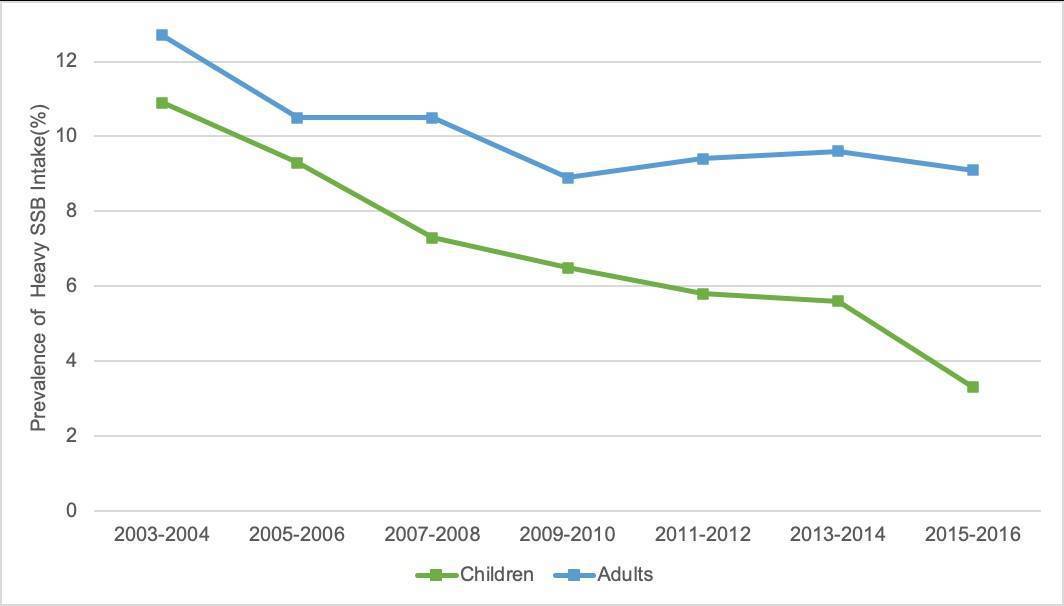 First author Kelsey A. Vercammen said, "The insights gleaned from our study can help reduce consumption even further. Because the results zeroed in on several groups who showed no improvement or actually increased their intake, these can be used to better target interventions. Ongoing surveillance is also important to keeping these trends moving in the right direction."

Source: The Academy of Nutrition and Dietetics