Home>Products and Trends>Vitamins and Supplements
Recent
Latest
Paid Content
Spark Change Innovation for Good episode 1: The Fight for Climate Justice – podcast
5@5: Impossible eyes school lunches | Supermarket refrigeration overhaul
May 10, 2021
Why natural products businesses are paying the Shuumi Land Tax
May 10, 2021
Beyond Meat CEO: 'Outcomes are not unexpected'
May 07, 2021
Trending
The 11 pitch slam competitors at 2021 Natural Products Expo West Virtual Week
May 03, 2021
Hain Celestial CEO optimistic as product innovations find shelf space
May 06, 2021
Family strategy: How to run a family—and public—business
May 04, 2021
FDA issues procedural notice on potential plans to conduct research about use of 'healthy' symbols on food products
May 07, 2021
NBJ
brought to you by 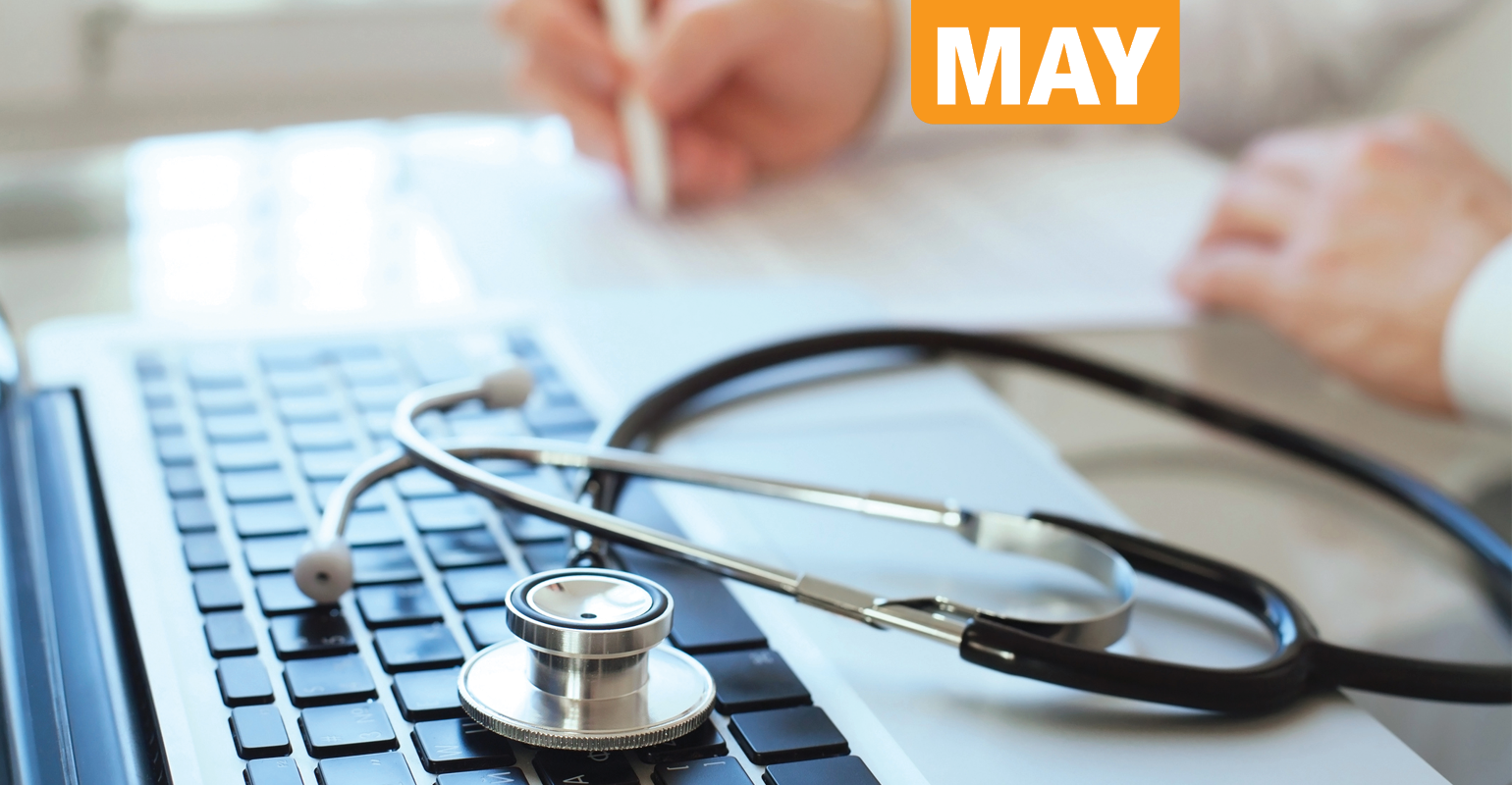 Helping practitioners build their own e-commerce sites could be a key to success.

Supplements are sold on hope: the aspiration for wellness in broadest promise, and smarter, faster, stronger in the more narrow niches. It is in the how and where they are sold that the aspirations fall away.

In the calculus of commerce, the retail arm of the supplement industry is the business that eats its young. Mass market draws sales from natural. MLMs compete for distributors. Specialty retail chains compete on margins. Online tugs at the prices and volume of all. Price chips at the foundation of quality. Those aspirations of wellness look a little wilted by the time they get to the shelf.

Somewhere removed from that battlefield stands the practitioner, a sign on the door, a diploma on the wall, maybe a rack of supplements by the reception desk. In those offices, companies in the practitioner space draw a more direct line between aspiration and realization, and practitioners help them hold that line. Quality and innovation don’t have to get lost in the margins when practitioners have the closest connection with the consumer in the whole supplement industry.

But too often that connection snaps not long after the patient or client leaves the office.

The struggle to keep sales in the office has been a part of the practice for chiropractors, naturopaths and professionals across the nutrition disciplines for decades, but the equation tilted drastically in the same seismic forces that upended any number of industries.

In one word: Amazon.

Professionals are arguably more vulnerable to online poaching than any other channel. Run out of the bone support supplement your friend recommended? It’s at five other stores. Run out of the immune formula you bought from your chiropractor? You’d better check the office hours before you drop by. They close at 6? Maybe on your lunch hour.

Or maybe online, in a stand-alone site or in one of the thousand pop-up storefronts in the worlds’ biggest mall they
call Amazon.

Online sales have seemed to be the ultimate stealth competitor, a whack-a-mole army that consumed the time, energy and angst of supplement makers both inside and outside the practitioner channel.  Whole companies could only mop at the edges of the tide. What is a lone practitioner to do?

A lot, it turns out.

In the last year, digital innovation in the practitioner channel is giving professionals not just a small virtual storefront on a lonely virtual street, but maybe a corner lot in a prime location blocks before the customers even see the blinking lights of Amazon or any of the cut-rate outlets.

The online presence not only gives them a solid shot at competition, it could give them a way to increase contact with their clients, bolster compliance with the recommended regimens and drive repeat sales on a clockwork-like schedule.

Priced by the pixel

The problem of online sales for the supplement industry in whole is hard to overstate.  More than many industries, brand equity in supplement is innately tied to price. In NBJ consumer research done last year, trust in “premium” brands was high while trust in value brands fell off sharply. Premium brands were deemed trustworthy by 69 percent of supplement users, while 38 percent saw value brands as trustworthy. The mechanics of perception in premium is not entirely knowable, but price is undoubtedly a factor. When your product sells cheap, it looks cheap. This is particularly vexing for practitioner brands where the professionals recommending and selling the products are telling the story of quality and the you-get-what-you-pay-for reality of the supplement trade.

The label on the bottle is a hard place to explain how practitioner brands drive innovation and quality and introduce advances in the science long before they get commoditized and diluted into inefficacy on the mass-market retail shelf. Practitioners can tell that story.

Sales in the practitioner channel, probably more than in any other channel are built on relationships, often doctor by doctor, naturopath by naturopath. A company that looks like it’s taking care of its customers is a company that keeps those customers. That’s why Brent Eck has his Metagenics staff working so hard on the matter.
A year ago, they were in the front lines, stomping at 11,000 fires, third party sellers peddling Metagenics products.  They leaned into the effort.  It seems to be working. “As of yesterday, it was 116,” Eck says.

Eck has no intention of scaling back the vigilance. “We’re convinced we are going to get it to zero,” he says.

Jonathan Lizotte was fighting the same battle. The Designs for Health founder says the company was fighting the good fight—with good intentions—and maybe not losing but certainly not winning.  “It was a never ending battle. It was on our mind constantly,” Lizotte says. The urgency was obvious. An experienced practitioner himself, Lizotte knew how important it was that his customers could capture a piece of the sales of his products. Designs for Health focuses on MDs. Baked-in trust like that is nothing to squander.  Physicians are also like any other practitioner, and additional sources of revenue count in the crushing complexities of medical reimbursement.  They are worth taking care of. “We are keenly aware of what it is like to kind of have to come against the retail market and lose those deals.”

So the fight went on.

Designs for Health isn’t getting crushed by Amazon anymore. They’ve climbed onto the juggernaut for a better view of the action. And invited the practitioners with them. In early 2016, Designs for Health established an Amazon outlet to sell direct through the ubiquitous online sales platform. DFH Select is the store front. And every practitioner client has a seat at the sales desk.  Supplements orders are made on Amazon and fulfilled by DFH Select. Sales that come through the practitioner are also bought and sold on the same platform, but practitioners get their share of the sales price. They make the sale without lifting a finger to hit a key.

Lizotte is quite proud of the play—“As far as I know we are the only company that is doing that in our space”—and enjoying the relief of accepting the inevitable. Amazon took in 30 percent of all online sales the Cyber Weekend after Thanksgiving. “That’s a big number,” he says, an imposing number, an impossible number to fight. It was either an endless gunfight in what Lizotte describes as a virtual “wild west” or “really solving the Amazon problem in a way that is a win win.”

But it can end one.

Online sales are only part of the online presence. Greeted by slick interfaces at every click, consumers could easily come to judge a practitioner’s professionalism by the sophistication of the web site. That’s a lot to ask of a chiropractor or naturopath who is already confronted by the many challenges of running an independent practice.

Emerson Ecologics, an innovation-driven distributor in the practitioner channel, wants to wrap that challenge and the challenge of competing for online sales into one solution.

Jim Olin, Emerson’s vice president of marketing and business development calls the solution that his company offers professionals, Wellevate, much more than a virtual storefront. “It’s the practitioner’s brand, made compelling and user friendly.” A site built on the Wellevate scaffolding looks like, sounds like, and is the practitioner’s online face.

“All the branding and the information is actually the doctor’s brand and content,” Olin explains. “They can upload their logo, they can put in their scope of practice, their prices, their hours.” Then there are the plug-in features like automatic refill reminders. “In the pharmacy space, that’s been a big way that’s driving [patient] compliance,” Olin says. Emerson had been offering eLink since 2008 and unveiled Wellevate early in 2016. More features and more customization seems to be what customers were waiting for, Olin says. “We already have more practitioners registered on Wellevate than we did on eLink.”

Growth in users is remarkable. Growth for the users is astonishing. According to Olin, practitioners who are using Wellevate have seen product sales rise by 58 percent.

That relatively few customers are taking advantage of Wellevate gives an ironic hint of the potential in the full-feature platforms. More professionals getting more sales means money for Emerson and the brands the company distributes, but it also raises the profile for the channel as a whole.

Much of what people talk about when they talk about fixing the online sales challenge for practitioners is the beleaguered legions of practitioners already active in the nutrition space. The bigger target, the target that’s always just behind the next tipping point, is the sprawling mass of mainstream medicine and the doctors who haven’t been brought to the light but might be intrigued by a seamless sales model that promises additional revenue with minimal effort.

Those are the professionals Natural Partners CEO Fran Towey says the practitioner channel distributor is targeting. What Towey calls “the legacy doctors,” who might have helped pioneer the space, are “dispensary people,” he explains. They know the dispensary model because they helped build it. Professionals new to functional medicine and nutrition have different expectations.  “The newer practitioners, those that are coming in from the conventional world, the functional med doctors, nutritionists, newer doctors on the ND/Chiro world, are definitely embracing the mobile and ecommerce platforms and embracing things like NP Script, where they don’t have to make the initial investment,” Towey says of a subset that’s small in numbers and big in potential. “While it is still a smaller percentage, it is the fastest growing, at least from our perspective.”

Of course, for the digitally inclined, a seamless storefront might not be the only expectation. Towey says tweaks to the company’s NP Script are coming that will provide not just sales channel and revenue stream but also a deep client-facing presence online. Natural Partners is a service based company, and the web is a service. “Our ability to have a robust, searchable, education-rich website for our customers is a huge thing for us,” Towey says.

A big thing getting bigger, most likely.

That’s already happening. The public has invited natural medicine and nutrition-based intervention in from the fringe. Fixing the sales retention challenge will help keep it there.

From Nutrition Business Journal's 2017 Practitioner issue. Get the full issue in the NBJ store.

Prepared for takeoff: Trends converging for practitioner channel success
May 10, 2017

Supplement sales move online globally as the world gets both bigger and smaller
Feb 17, 2017