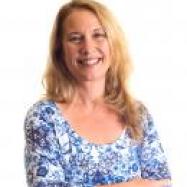 Melody Meyer is the vice president of policy and industry relations for United Natural Foods (UNFI). She is responsible for communicating and educating all stakeholders on critical industry issues and is active in advocating for fair and equitable funding for organic agriculture.

Melody’s career spans several decades in the organic and natural foods industry, including nine years of international trade and development. She began her career in 1976 working in an Iowa Natural Food Cooperative. Her early years in the retail segment of the burgeoning organic industry provided valuable experience buying from local farmers and providing fair returns in order to increase their organic acreage. This experience led to a lifelong dream of changing the way people eat and farm.

Melody founded her own business in 1995, Source Organic, which joined organic producers all over the country directly with national retailers and wholesalers. Source Organic was eventually acquired by Albert’s Organics (a division of United Natural Foods UNFI) in 2001 and it became the procurement department for all organic fresh produce purchased for the company. Her dream was being realized on a national scale!

In 2004 she began importing directly from small banana producers in Latin America. They were uniting and developing self-governed organizations enabling the small producers to export internationally for the first time. This international business provided a new level of prosperity, allowing the communities to increase much-needed social systems and infrastructure.

She has been deeply involved in introducing fair trade certification to growers in Latin America with Fair Trade USA and FLO.  The fair trade premiums are managed by self-governed worker groups to provide education, reforestation, access to clean water and health care.

Melody is proud to be the current executive director of the UNFI Foundation, which is dedicated to funding nonprofit organizations that promote organic and sustainable agriculture and healthy food systems. Priorities of the foundation include organic research, protecting biodiversity of seeds, promoting transparent labeling and educating consumers on healthy food choices.

She is serving her second term on the Board of Directors for the Organic Trade Association (OTA).  She also sits on the California Department of Food and Agriculture Organic Products Advisory Committee (COPAC).

NOSB rejects proposal to prohibit hydroponic growing in organic standards
Nov 02, 2017
The National Organic Standards Board, like the organic industry, was divided on the issue of soilless growing, but the votes went in favor of continuing to allow it in organic. Here's a breakdown of the arguments from...

April NOSB meeting: A recap
May 09, 2017
The National Organic Standards Board is weighing several issues that producers should be aware of.

How (and why) to make a comment on the organic check-off program
Jan 24, 2017
Despite the uncertainties and administrative foibles, it’s still important to weigh in today.

Of hope—and how you can help—organic and sustainable agriculture
Dec 20, 2016
The good food movement must move forward in unison to fulfill its many opportunities to educate and influence stakeholders.

A look at the ag policy platforms for both parties
Aug 05, 2016
With so much at stake this year, it's important to understand that these platforms are a formal set of goals supported by the party and offer a clue to the policies that an administration might enact.

Tell Congress we want strong organic animal welfare standards
Jun 20, 2016
Tighter welfare standards for organically raised animals have been proposed, but if opponents convince Congress to rewrite or defund them, a dangerous precedent would be set.

Tell Congress to 'butt out' of organic
May 17, 2016
The National Organic Standards Board (NOSB) has been kicking around animal welfare standards since 2002. That’s when it first delved into the debate and passed its first recommendation clarifying rules to outdoor...

Is a check-off the right recipe for organic?
Apr 27, 2016
Organic food and fiber in the U.S. are growing despite themselves. Even last week Miles McEvoy, deputy administrator of the National Organic Program, touted the double-digit growth of certified operations in the U.S...

The consumer has spoken, and Campbell's listened
Jan 13, 2016
Consumers have a megaphone that’s bigger than dollars.
Load More