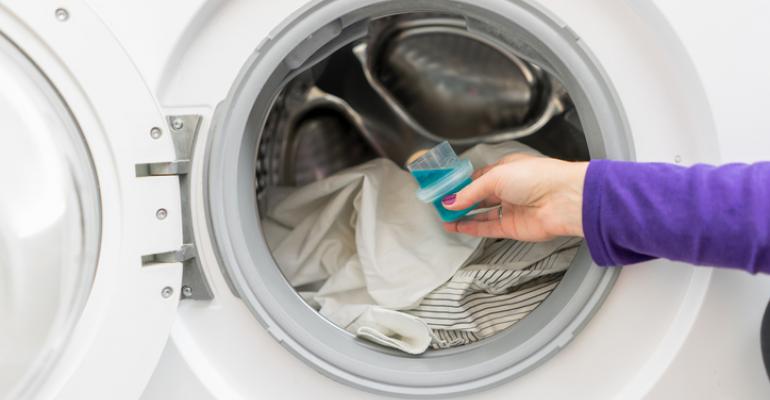 An approach developed in France could help companies solve some formulation issues related to how chemicals interact with cotton.

Once a must-use product, fabric softeners have been on the decline recently, in part because millennials have grown concerned about the negative impacts they may have on the environment. Now, a research team in France may have stumbled on a method that could potentially lead to new, more eco-friendly versions of fabric softener.

A brief science lesson: The active ingredients in fabric softeners are surfactants, which stick to clothes and make them feel softer, scientists believe, by forming a lubricating layer. But researchers haven’t been able to figure out how that happens specifically, on a molecular level, which has made it hard to make a greener product. After all, you have to know how something actually works in order to improve it.

Using light scattering and multiple types of microscopy, the researchers in France found that the concentration of surfactants affected the size and arrangement of vesicles in cellulose, which they used to act as cotton, and believe that they’ve developed a technique that could help accelerate manufacturers’ ability to assess the effectiveness and efficiency of new fabric softeners. Their work was published in The Journal of Physical Chemistry B.

That doesn’t mean a new product is around the corner, but one of the study authors, Jean-François Berret, explains how their research could ultimately point in that direction: "We are investigating means to facilitate and speed up interaction studies between formulations and cotton," he said. "Softeners on supermarket shelves contain different chemicals (sometimes more than 10). Not all of them are required or even important for performances. Some chemicals are there to please the consumers."

That means that to develop new products, companies have to run a lot of tests. "Our approach may help chemical groups and formulators to solve some issues, and in particular that of the interaction with cotton," he said.

As far as interest from manufacturers, Berret explains the project is funded by Solvay, which holds the necessary patents for developing new greener softeners. Solvay is a Belgium chemistry company developing and selling raw materials to big players including ICI and L’Oréal.

Berret adds they’re now working to publish another study that would deal more directly with greener formulations, and they’re attempting "to get to the same performances by strongly reducing the surfactant content by 70 percent."