HomeNewsRegulatoryEven frivolous lawsuits can carry a hefty price tag for nutrition companies
Recent
Latest
4 tips to get ahead of chemical concerns in packaging
May 20, 2022
7 CBD favorites in the increasingly popular gummies format
May 20, 2022
Mission MightyMe helps parents introduce allergens to babies
May 20, 2022
UNFI's Eric Dorne to step down as chief operating officer
May 20, 2022
Trending
Whole Foods' honors 30 companies with 10th annual Supplier Awards
May 18, 2022
Sponsored Content
The rise of sustainable business – eGuide
Sponsored Content
Getting ready for 2023: Trends for brands to consider
May 17, 2022
Sponsored Content
Unboxed: 7 plant-forward ice creams to stock this summer
May 10, 2022
NBJ Blog
brought to you by

You know the United States has reached a new state of litigiousness when a consumer sues Kellogg’s for not putting real fruit in its Froot Loops cereals, as Roy Werbel did in April. The disgruntled cereal eater filed a class-action lawsuit in San Francisco federal court that alleged the cereal company’s marketing “is deceptive and likely to mislead and deceive a ‘reasonable consumer’ such as himself” into believing the company’s popular sugary cereal contains actual fruit—even though the product’s ingredient label clearly communicates the opposite. The suit demands Kellogg’s pay punitive and actual damages to all consumers who were mislead by the Froot Loops name.

Although it certainly sits at the “crazy” end of the legal spectrum, Werbel’s suit is part of a recent spate of consumer lawsuits targeted at U.S. nutrition industry that have cost food and dietary supplement companies tens of millions of dollars and counting.

As Laurie Budgar reports in an upcoming Nutrition Business Journal feature, many of these suits have been high-profile cases challenging the product claims made by the likes of Airborne, Dannon, Bayer, Snapple, General Mills, Coca-Cola and even Biggest Loser star Jillian Michaels. The celebrity trainer, who sells a range of detox and weight-loss products under her name, was sued in February 2010 by three different customers who claimed that the Jillian Michaels Maximum Strength Calorie Control failed to help them lose weight as advertised. One customer, who is seeking class-action status for her suit, took legal action after using the product for about a month. 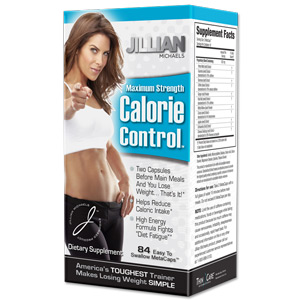 Other recent actions have blitzed multiple companies simultaneously, such as the March 2010 suit filed in California against six fish oil manufacturers and two retailers, with allegations that their products contained PCBs at levels beyond the established “safe harbor” limit and that they failed to disclose this contamination to consumers.

For companies affected by such suits—even frivolous ones—the financial hit can be significant, according to Ivan Wasserman, a law partner at Washington, D.C-based Manatt, Phelps & Phillips, who specializes in matters involving the marketing of foods and dietary supplements. “The ultimate damage,” he told NBJ, “would be lost sales if the news of the case or settlement damages—rightly or wrongly—the public’s trust in the company and its products.”

Are lawsuits on the rise within the U.S. nutrition industry? What can companies do to protect themselves from becoming the target of consumer legal action? Check out NBJ’s 2010 Nutrition Industry Overview issue to find out. Not a subscriber? Go to the Nutrition Business Journal Website to sign up today.