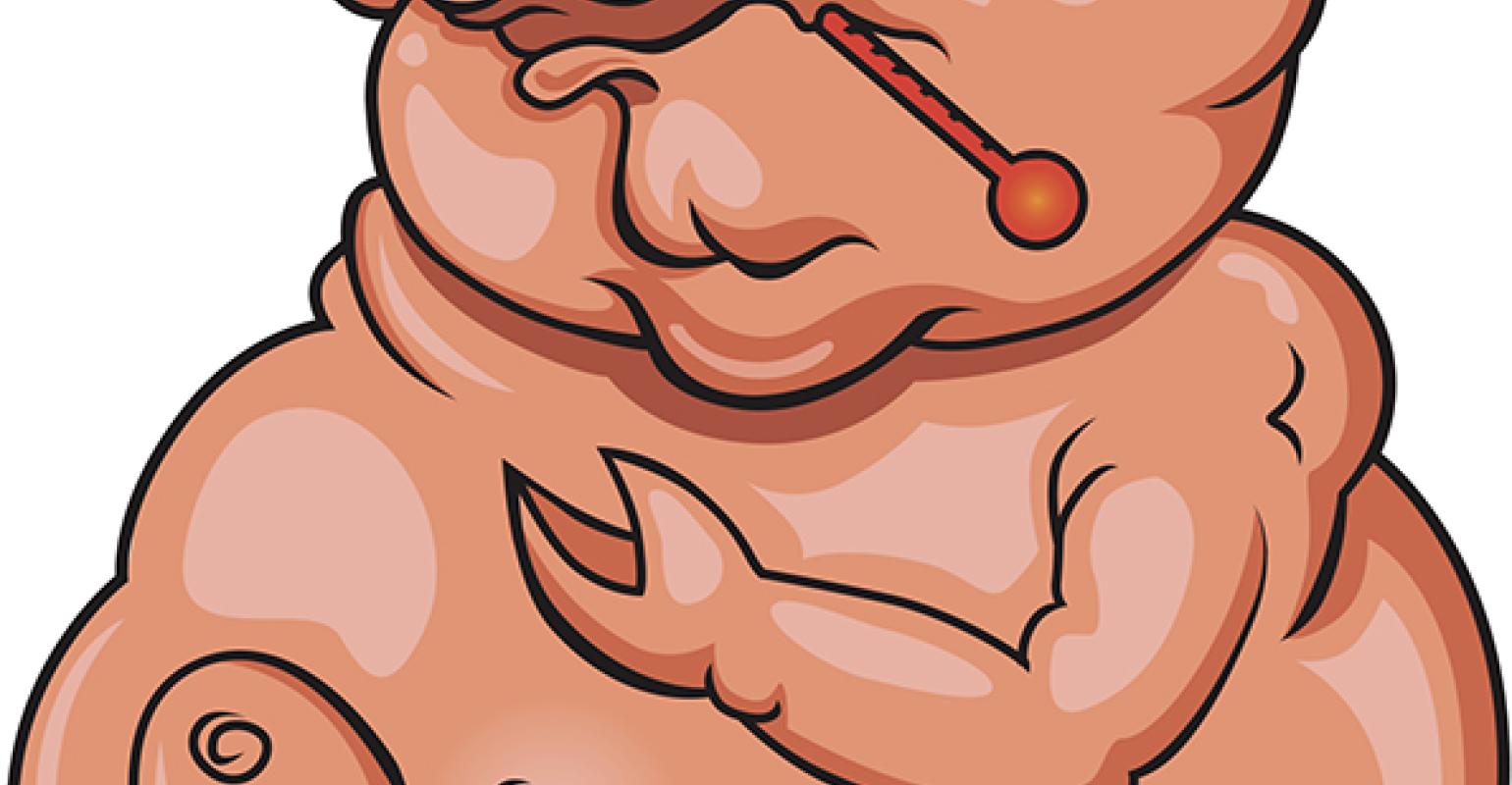 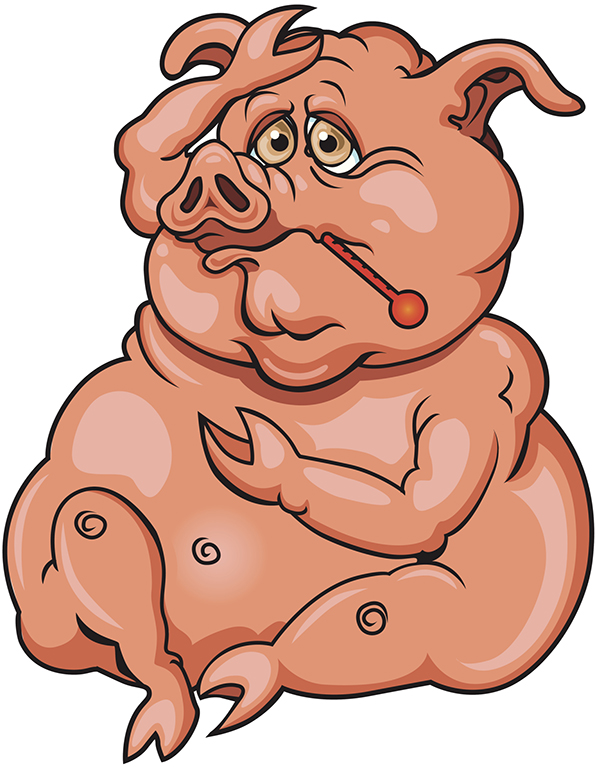 We can add another study to the laundry list of research suggesting that genetically modified food may not be the silver bullet to the world’s problems. A new study published in the Journal of Organic Systems found that pigs fed GM feed had significantly more stomach inflammation than pigs fed non-GM feed.

A team of Australian and American scientists divided 168 pigs into two groups. Half the pigs ate a mixture of GM Roundup Ready soy (which resists the herbicide glyphosate) and Bt corn (engineered to protect the plant against insects). The other half ate an equivalent non-GM diet of soy and corn. In order to mimic commercial U.S. piggeries, the pigs were raised in typical industry conditions: 22.7 weeks spent inside on concrete floors and, of course, slaughtered at the end.

Though there were no notable differences in pig weight, blood chemistry, feed intake or mortality between the two groups, "Pigs fed the mixed GM soy and GM corn diet showed 2.6 times the rate of severe stomach inflammation compared to non-GM fed pigs," the study says. GM female pigs also had uteri that were 25 percent heavier than non-GM pigs.

Why this severe inflammation? The study authors toy with the possibility that certain proteins released from Bt corn varieties are to blame. Called Cry 3Bb1 and Cry 1Ab, these proteins are responsible for wrecking havoc on insect digestion, though it's believed that mammals aren’t affected by Cry proteins because they "lack the necessary gut environment and receptors," the study says.

However, according to 2012 research published in the Journal of Applied Toxicology, Cry proteins may not be so cut and dry. Scientists found that the Cry1Ab protein produced from Bt corn harmed human kidney cells by breaking down membrane walls, an action called necrosis. "Here, we document that modified Bt toxins are not inert on human cells, but can exert toxicity, at least under certain in vitro conditions," the study authors conclude.

Let's remember that GMO research is notoriously difficult to conduct and validate.

During the fever pitch of Prop 37 last September, when a study suggested that rats fed GMOs died earlier and developed tumors more than those fed conventional feed, GMO supporters and skeptical scientists squealed with criticism. Lead French author Gilles-Eric Séralini (who was also involved in the Cry protein research mentioned earlier) experienced a torrent of disapproval: the study was deemed "junk science," the rats were tumor-prone, there were insufficient controls, etc. Following the study's publication in Food and Chemical Toxicology, dozens of scientists even sent a letter to the editor requesting to revoke the study.

Séralini was dismissed as alarmist, and instead of calling for more thorough GMO investigation, his research disintegrated into the haze of prior GE studies that even hint at danger.

The porcine research hasn’t received the media hullabaloo that Séralini saw, maybe because GMO labeling news is more provocative or more aptly, because these Austrailian/American scientists are lacking public relations skills. This recent study isn’t perfect, as pro-GMO pundits have pointed out. But it certainly makes the case for more mammal research.

Nevertheless, encouraging independent GMO testing and lauding researchers who have the gall to face inevitable criticism is the only way we can hope for an intelligent GMO conversation.

How are you contributing to the GMO conversation in your natural store? Let me know in the comments below!