If a new tax bill were to pass in Congress, the next time you purchase a multivitamin product at your local pharmacy you could defray the cost with your pre-tax Health Savings Account (HSA). By putting consumers in charge of their health choices and allowing them to make informed decisions about their healthcare, you would be able to control costs. It's a simple concept, right?  Well, maybe not the tax policy. I'll explain, but please follow closely. 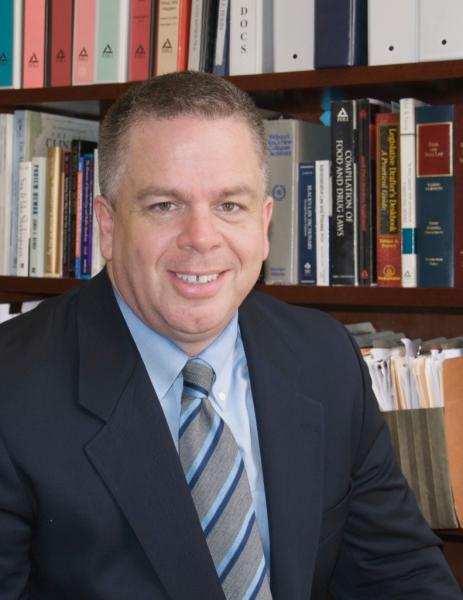 Legislation introduced by Senator Orrin Hatch, R-Utah, and Representative Erik Paulsen, R-Minn. to strengthen HSAs and Flexible Spending Accounts (FSAs), would allow consumers to deduct the costs of dietary supplements, homeopathic remedies and meal replacement products. You may recall similar legislation introduced over the last eight years in the House of Representatives, which did not gain much momentum. So why is this bill any different? Well, for starters, it could be the new House leadership providing common sense ways of improving access to quality, affordable healthcare while trying to reduce the deficit; or that Senator Hatch, ranking member of the powerful Finance Committee, has introduced companion language in the Senate for the first time. No matter how you break it down, there is a renewed interest and hope that using tax policy for prevention and wellness may benefit millions of Americans who already take supplement products – and may incentivize more to do so, too.

For the last few years, FSAs have allowed consumers to set aside pretax money from their paychecks to pay for almost any medical expense that their health insurance does not cover: doctor visit deductibles, prescription co-pays, eye glasses, contact lenses, orthodontics, and other items. A recent survey* revealed that of the almost 19 million U.S. households who were enrolled in an FSA through their employer, 52 percent of them reported using their FSA to cover the costs of OTCs in 2010. The popularity of and reliance on pre-tax savings accounts for OTCs has made consumers question – why not dietary supplement products? Currently, dietary supplements are eligible only if accompanied by a doctor’s prescription, but most supplements are purchased without a prescription.

In past Congresses, legislators have supported bills allowing dietary supplements with FDA- approved health claims to be deducted from HSAs and FSAs. During CRN’s lobbying efforts, congressional meetings, and conversations with staff over the years, HSAs and FSAs have become very popular with Republicans and are becoming increasingly more popular with Democrats as well.  However, the previous legislation never received much fanfare or notice in Congress.  And regrettably, the issue took a turn for the worse during the healthcare reform debate in 2009, as the medical expense deductibility option was scrapped – across the board – during negotiations for inclusion in the landmark legislation. Even over-the-counter (OTC) drug deductibility, which had enjoyed "preferred" status, was a casualty in the decision to not include HSAs and FSAs in healthcare reform. OTC products were removed from the list of allowable medical expenses earlier this year. But this new proposed legislation would make OTCs eligible once again.

The new Family and Retirement Health Investment Act of 2011 (H.R. 2010 and S. 1098) aims to address many concerns raised following the enactment of the Patient Protection and Affordable Care Act, (P.L. 111-148), early last year. Industry maintains that dietary supplements should be recognized under the tax code as allowable deductible medical expenses, and therefore supports this legislation. The popularity of HSAs and FSAs continues to grow and with the increasing costs of healthcare coverage, consumers should be afforded as many tools and options as possible to make smart choices using dietary supplements and other prevention and wellness-related products.

While there are many procedural and political hurdles that any bill in Congress must overcome before passage, it is important to remember the inclusion of dietary supplements in HSAs and FSAs has been widely discussed and well-received for many years now.  These procedural obstacles are not insurmountable, and if overcome, could lead to passage of at least one bill, and possibly both. Allowing consumers to self-select dietary supplement products as deductible medical expenses is an important step forward for prevention and wellness policy.

CRN just wrapped up meeting with the 112 freshmen of the 112th Congress and is preparing for its annual lobbying day for dietary supplement industry executives.  You can be sure the inclusion of dietary supplements in HSAs and FSAs will be an important discussion point. CRN supports this concept and these bills.  We will be encouraging co-sponsorship in all of our congressional meetings going forward.

(The CRN Blog represents the view of the author and does not necessarily reflect the view of CRN’s Board of Directors or serve as an official position of the association.)