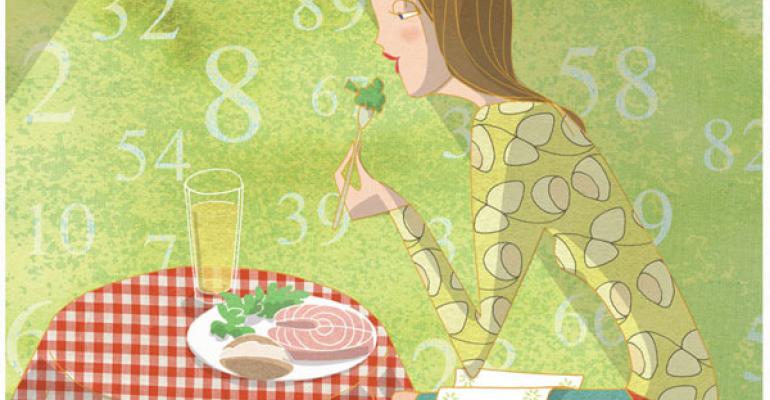 The biggest opportunity in new product development lies at the nexus of energy, diabetes and weight management.

As ever, scientific validation is the foundation of any ingredient looking to make a sustained play at market success.

Second is marketing message—pick one benefit and position it properly. A good example here is Hi-Maize, the resistant starch ingredient from Ingredion. Originally marketed as a “5-in-1 fiber,” it failed to find customers despite literally hundreds of published research studies. So the company did a marketing re-boot and focused squarely on blood-sugar management and reported this fall 20 new SKUs introduced in the last 12 months.

“With blood sugar one of the most critical health issues in Western society, the ingredient’s ability to increase insulin sensitivity, reduce insulin resistance and help maintain healthier blood sugar levels may well be the single best place that Hi-Maize can make a difference,” said Rhonda Witwer, senior business development manager for Ingredion.

The third way to product launch success is to find a packaging and marketing message that aligns with the nutrition research. This is the way to achieving consumer resonance.

There are different ways of playing the energy game. Caffeine is the dominant one. Caffeine alternatives such as guarana or yerba mate are striving to take on caffeine. The other energy avenue is via cellular wellness, especially mitochondrial function. CoQ10, carnitine and ribose play here.

To be clear, caffeinated energy drinks are an $8 billion category which Nutrition Business Journal predicts will rise to $11 billion by 2015—and perhaps it will even with the recent rash of negative press and Congressional interest in non-coffee caffeine drinks.

For those brave enough to tread into the non-caffeinated energy drink category, wise counsel arises from market watcher Julian Mellentin, who advises, “Don’t make your product look like a classic energy drink or shot. Remember that the people you are targeting are rejecters of that category, so why would you give them visual cues for a product type they don’t want?”

And this brings up the emerging opportunity in sustained energy. The flip side of this coin is slow carbs, or calories that take the body some time to digest and metabolize so you don’t get a quick, sugar-like spike in blood-sugar levels followed by the inevitable crash.

Dr. Oz introduced this concept to audiences in the past year when he ballyhooed coconut sugar as “the best new sugar alternative” which leads to blood-sugar levels that look more like somnambulent waves on an ocean rather than an EKG monitor.

Cargill this past week announced the publication of a study on its Xtend sucromalt ingredient. A total of 44 study participants reported significantly greater mental and physical energy, delayed physical fatigue and a trend toward less mental fatigue with sucromalt compared to a control sugar drink.

Cargill says its Xtend sucromalt ingredint is 70 percent as sweet as sugar and can be used in a range of product categories from bars to beverages to dairy products and puddings.

It seems to me that such an ingredient in a beverage could make a play as a non-caffeinated energy drink, whereas in a cookie or muffin it would make more sense as a “feel fuller longer” type of marketing message. Kashi and Special-K cereal are using such language in their fiber-enriched breakfast cereals.

The FullBar is another such example. It states its intent right there in the name. Its active ingredient is Slendesta, a branded ingredient from Kemin Health. Slendesta works by releasing CCK, the “fullness hormone,” into the bloodstream, which triggers the digestive process into having a person eat less and extend the feeling of fullness longer.

Energy, blood-sugar and weight management are certainly three of the heavies as far as what consumers want. Whether manufacturers and marketers of functional foods, beverages and supplements can deliver these benefits in a way that resonates with consumers remains to be seen.