HomeIngredientsReady for agave's second act?
Recent
Latest
4 tips to get ahead of chemical concerns in packaging
May 20, 2022
7 CBD favorites in the increasingly popular gummies format
May 20, 2022
Mission MightyMe helps parents introduce allergens to babies
May 20, 2022
UNFI's Eric Dorne to step down as chief operating officer
May 20, 2022
Trending
Whole Foods' honors 30 companies with 10th annual Supplier Awards
May 18, 2022
Getting ready for 2023: Trends for brands to consider
May 17, 2022
Sponsored Content
The rise of sustainable business – eGuide
Sponsored Content
Natural beauty market trends
Jun 16, 2021 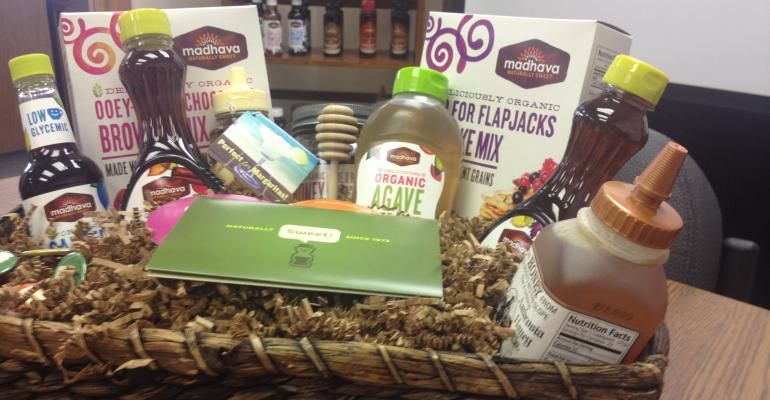 Remember when agave was better for you? I do.

Lauded as the lower-glycemic sweetener, agave became my go to for baking, cooking and drizzling in tea. Not long after I'd decided to ditch the honey, brown sugar and maple syrup for good, things turned sour. Researchers discovered that agave, though it doesn't spike blood sugar, is extremely high in fructose which can cause insulin resistance—a risk factor for diabetes. Then we learned it can't exactly be called more natural than sugar since its manufacturing practices are just as labor intensive.

After the news broke, I couldn't help but think, "agave, you've let me down," as I reached for the honey.

The sweetener fell into disfavor not for using dirty ingredients or unsavory production methods but for over promising and under delivering. Like myself, Americans were disappointed.

A bumpy ride for natural manufacturers

Madhava Natural Sweeteners made its name by being the first to bring agave to market. The Longmont, Colo.-based company now also offers coconut sugar and honey, but agave still makes up the majority of the company's sales.

When the agave market was booming, the brand found itself competing with C&H, Domino and a host of other sweetener companies who launched products in time to get a piece of the  agave pie.  Now that agave is no longer our darling, Madhava is faced with making over the image of its hallmark product.

The company's solution, and subsequent product samples sent to our offices, piqued my interest and that of 3 other New Hope Editors enough to require a field trip to Madhava's headquarters for further investigation.

I don't have children, but I can imagine a consumer who does. She's not a health nut but she tries to make healthy choices. She's heard a lot about the negative effects of sugar and recognizes her family may be getting too much. In particular, she's made a commitment to stop buying foods that contain high-fructose corn syrup which appears in every aisle though everyone cautions her against it. She's also on a budget.

Often there's not a clean conventional option that meets her standards and natural options can be too expensive. Enter Madhava's agave-sweetened finished products. The company's newly launched line of gourmet-flavored pancake and coffee syrups particularly speak to her since they're comparable in price to the Aunt Jemima or Torani but void of artificial ingredients and HFCS.

Madhava is not stopping there. The company has also launched a line of ancient-grain baking mixes free from artificial ingredients sweetened with coconut sugar and Agave Five a sweetener with only 5 calories per teaspoon. An entirely new product line will be launched at Natural Products Expo West in March.  "If it contains a sweetener and there's market opportunity, we're considering it," we heard from the company's CEO, Debbie Carosella, when we visited this week.

So far, Target, Vitamin Cottage and Sprouts have been quick to sign on to carry the new products which are perfectly tailored for crossover consumers.

Agave may never regain its footing as a natural option competing against stevia or newly popular monkfruit. But compared to the much maligned and ubiquitous HFCS, I think consumers truly will see it as a sweeter and more healthful option.

Are you ready to reintroduce agave? Share in the comments.