HomeIngredientsStop wasting money on multivitamins? The real story here
Recent
Latest
EXPO VIDEO: How did a young sparkling water brand get licensing deals with Marvel and Disney?
May 16, 2022
Beyond Meat's product launches lower Q1 profits
May 16, 2022
Sponsored Content
Exploring the CBD gummy revolution – article
Moonshot Snacks at the forefront of eco-friendly food innovation
May 13, 2022
Trending
Debra Stark’s light shines bright on natural products industry
May 10, 2022
Monitor: Consumer research on collagen shows how much education is needed
May 12, 2022
Hemp CBD industry struggles so far in 2022
May 10, 2022
Natural beauty market trends
Jun 16, 2021
IdeaXchange
brought to you by 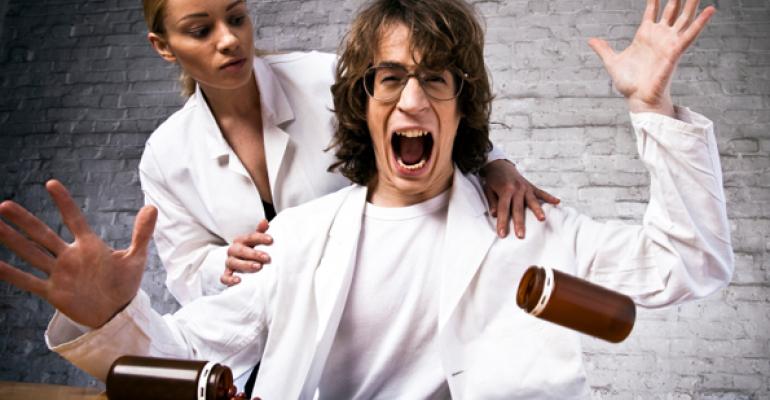 By now you’ve heard that multivitamins are a waste of money and could cause harm to your health. This may be a shock to those retail outlets with “Vitamin” in their names. And doesn’t the very definition of vitamin break down to mean “vita” for vital or necessary for life and “amine” as a chemical amine? As in, substances that are essential for the body to function and which cannot be synthesized in the body so must come from the diet.

I’m here to tell you that the case is closed. So take a deep breath, continue to eat well, exercise moderately, and keep taking  - and proudly making and selling - your multivitamins. They do no harm. They are of benefit.

The controversy in question was an editorial published in the Annals of Internal Medicine, which was based on the publication in the same issue of three research papers about multivitamins. The editorial was titled, “Enough Is Enough: Stop Wasting Your Money on Vitamin and Mineral Supplements.”

Let’s be clear here, because the devil is in the details. The first study cited concluded multivitamins had no effect on preventing death, cardiovascular disease or cancer. It was a review of 27 studies, but only 3 were on multivitamins; the rest were on singular nutrients.

So much for a “systematic evidence review.” And, of those three studies reviewed on actual multivitamins – get this, oh cynical reader – two of them were on a total of 27,658 subjects that found a lower cancer incidence in men taking a multivitamin for more than 10 years. A study that included women showed no difference.

Wait – what? Multivitamin consumption by men prevents cancer? Where was THAT in the headlines?

In the second paper cited, researchers gave vitamins to people who already suffered one heart attack to see if the vitamins would prevent a second.

(Remember, supplements cannot, by law, claim to “treat, cure or prevent” disease or else the FDA declares them a drug – and that’s a subject for another day, but for a stellar declaration of independence from heavy-handed regulations and a call to action for the industry, check out this story that appeared in the November issue of Functional Ingredients magazine.)

Anyway, this whole study was bunk right off the bat because the “nonadherence rate” was more than 50 percent, meaning more than half the study group did not even take their vitamins. The authors themselves said any “interpretation is very difficult.”

The third multivitamin paper says much

The third multivitamin paper was on physicians – probably the best-nourished demographic in America. In America, only about an estimated 2% of the population gets a nutritionally satisfactory diet, meaning there is much room for multivitamins to fill in nutritional gaps.

Allow me to repeat: American eat 70 percent of the daily recommended intake of grains, proteins, fruits and vegetables only two – count ’em, 2 – percent of the time, according to a 2012 study by the NPD Group.

Every time I read one of these stories, with the ivory tower types saying that we can get all the nutrition we need from food, never once have I seen a reporter bring up this obvious rejoinder: How many Americans do in fact get all the nutrition they need from food? It seems as if it’s easier to pass through an airport security line without being fondled or wanded than for all Americans to get all their proper nutrition from the diet. And don’t even start me on today’s soil depleted of many nutrients and micronutrients by modern agricultural practices. “This nutrition from food isn’t what it used to be,” notes my colleague Suzanne Shelton. Not to mention, Suz mentioned to me, that “As people age, they absorb fewer nutrients from the food they eat, making supplementation a good idea.”

What's more, a similar review a year ago of the very same Physicians Health Study II trial found the opposite conclusion - that the Centrum brand of multivitamin used was in fact good for preventing cancer for this group of well-nourished doctors!

Do you remember the headlines from November 2012 all over the media about how multivitamins prevent cancer? Actually, there were some. The New York Times and the Wall Street Journal reported on it.

For a brilliant summation of that study, which has a tidy 5 talking points, published in the Journal of the American Medical Association, check out this link.

So I just did a search and found that, last year, after that JAMA study showing multi’s prevent cancer, Forbes had two headlines, “Do Multivitamins Prevent Cancer?” and “Vitamins: Good for You, Bad for You, or What?” – notice the question marks! The first sentence in the first Forbes story was that the study “came to the surprising conclusion” and the concluding paragraph was that, “If you don’t have a vitamin deficiency, it’s probably not worth it” – even though this study was done on well-nourished physicians. And this week, the Forbes headlines (there were also two) read, “Case Closed: Multivitamins Should Not Be Used” and “Vitamins Lack Clear Health Benefits, May Pose Risks.”

Tells you all you need to know about mainstream media bias against vitamins.

What should the response be?

But it might also inform the hand-wringers who fear a sharp decline of multivitamin and supplement sales that this bad news (questionable though it may be) may just wash off the backs of the average consumer. We know last year’s study did not lead to a particular spike in sales.

I would also take this opportunity to invite the industry trade groups – any anybody else who has an interest here – to proactively put together papers about all the major supplement categories so they are able to immediately respond to such indignities. Newspapers do it with obituaries – write the baseline life story out in advance – and the supplements industry would do well to do the same. Nowhere in the industry response, for example, was last year’s positive multivitamin study noted. And it was on the same study population! Just sayin’.

[Update: Steve Mister, head of the Council for Responsible Nutrition, informed me that CRN did indeed mention this. Here's an excerpt from CRN's full commentary: “Further, the authors attempt to ignore the very real benefits for reducing the risk of cancer and cataracts found in the Physicians’ Health Study II. These findings are even more impressive by the fact that the benefits were found in a well-nourished population, and we haven’t yet begun to explore the potential benefits for most Americans who are not eating a healthy diet and have nutrient inadequacies.“]

As to whether this latest hullabaloo makes any difference in sales, we will keep abreast of multivitamin sales and will report back to the community. Stay tuned!

Shall we take this opportunity to remind the health-care world that the recent Lewin Group study found supplements could save $24 billion over five years in healthcare savings?

And that’s only for those people older than 65, and the study looked only at these four supplement and disease combinations:

To live longer and prosper, one should adopt as many of the range of healthful lifestyle solutions as one can. For the vast majority, eating a nutrient-dense diet is too difficult and time consuming for their frenetic, stressed lifestyle. For the vast majority, going to a health club for two hours (including bike/jog time - don't tell me you're driving to the health club!) a day three days a week doesn't fit into their calendars. Meditation is boring/hard/a time suck. Glass of pinot noir every night brings on premature sleep. Eight glasses of water a day? Ha! So ... they take a multivitamin. It's something. Something healthful. Nobody ever said it would completely erase all the nutritional sins of modern life.

Is this part of a greater campaign to discredit supplements, with the implicit conspiratorial theory that pharmaceutical drugs are the only way to improve our lives? Will US Senator Dick Durbin (D-IL) use this opportunity to put out some additional legislation in an attempt to curtain supplement use?

The bias is clear: The mainstream American medical establishment wants people to be unhealthy so they can dispense profitable pharmaceuticals to treat people once they are sick, and they are not interested in keeping them well in the first place. As the Chinese proverb goes, “The superior doctor prevents sickness; the mediocre doctor attends to impending sickness; the inferior doctor treats actual sickness.”

What do you think? Is this part of a campaign to malign supplements? Comment below, then share this link with your friends.