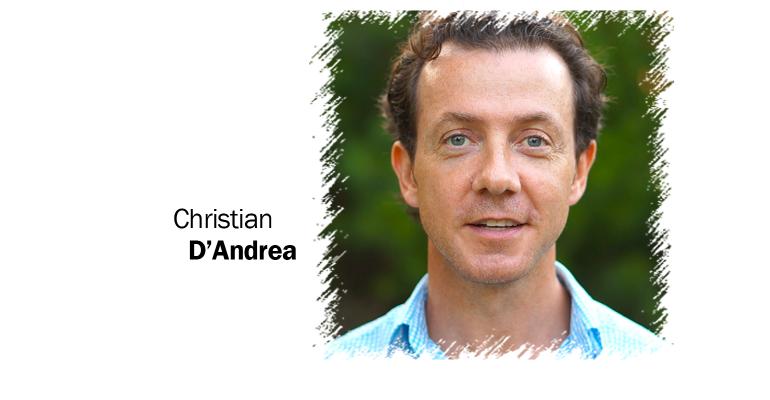 My brothers and I are launching a new stress-killing nutritional supplement called, not subtly, Stress Killer.

One article of faith you're presented when you’re launching a company is that you must have a robust social media presence. Other entrepreneurs and gurus have said over and over, “It’s all about Instagram and Facebook. When it comes to marketing, you either master these social media outlets or die.”

A short while ago, we spent a little over $4,000 on two boosted Facebook posts announcing our arrival on GNC.com and Amazon. We targeted folks keen on health and wellness and certain vitamin stores. 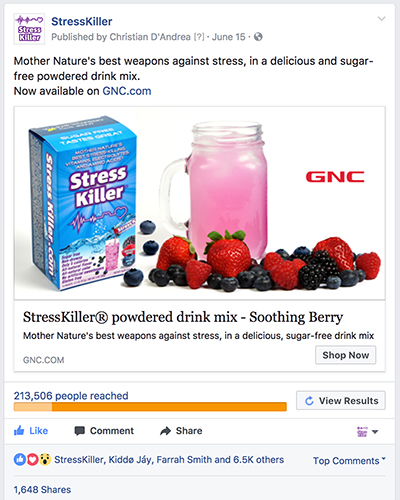 I classify these as the Homo desirus species of comments, and I excitedly tallied them. So many people saying they need it! Surely this will equal blazing-fast liquidation of inventory on Amazon and GNC.com! We’ll be cleaned out in no time! Quick, allocate more money to Facebook!

And we did. With similar results. We generated a number of high-performing posts that spawned lots of comments, nearly half of which were of the Homo desirus variety (plus one helpful soul who said he was pretty sure the Stress Killer team used the wrong product image. Then, to fix the mistake, he posted an array of beer bottles—his idea of a true stress-killer).

The verdict was in: Our brand name was striking a chord. Terrific. But that didn’t mean it was time to make a down payment on the ticker-tape parade. There was a problem: Although our social media was tallying good engagement with potential customers, it wasn’t putting product in the hands of many real ones. Direct click-throughs from these two posts—both of which linked to an online store—resulted in about 100 boxes sold.

I know, I know. I’ve been lectured by the gurus: It’s not about one-to-one correlations with sales! It’s about building awareness! You need frequency! People have to see it three times before they buy it!

I get it. These social media posts are useful when it comes to awareness. However, with respect to another fairly important metric—revenue—a hidden truth is emerging. A recent article by Small Food Business founder Jennifer Lewis summed it up rather bluntly: “Social media doesn’t drive sales.” Thus far, we agree.

I don’t pretend our social media experience is exhaustive or definitive. Obviously, results vary. But for us, it was clear that the hunt for real consumer engagement (as opposed to its digital counterpart) needed to be kicked into overdrive.

So we took drastic measures. We closed our laptops. Left the office. And went out into America. Where the magic happens.

And where exactly is that? In the 813 brick-and-mortar stores that GNC recently put Stress Killer in nationwide. So far, in just over six weeks, I’ve personally visited and talked with managers and associates in 187 stores in 13 states. My brothers and I plan to hit all 800+.

At a GNC in Durham, North Carolina, I met Jeremiah. He was new to GNC—two weeks into the job. But he was clearly not new to performance nutrition. The man was built and self-assured. (If I were buying mass-gainer supplements, I’d simply say, “I’ll have what you’re having” and call it a day.) By way of introduction, I pointed to Stress Killer on the shelf, where it had sat for exactly one day, and said, “Hi, I’m the inventor of that.”

He smiled, and we launched into a wide-ranging discussion—about the cognitive-boosting attributes of the amino acids tyrosine and theanine, and why I was there (“to show we support you”). He asked smart, serious questions. A key one was, “How is your product different?” I explained, “Other products have one very good nutrient. They’re like a single all-star player. But we have the whole all-star team.” I gave him his own box of all-star team to try, so if someone asked his opinion he could give it. Then I gave him my card and said, “Call me directly with any questions or ideas. In fact, any customers that have questions, give them my number, too.”

We concluded our chat with a business exercise that I now consider to be much more sacred and valuable than generating a Facebook post with 10,000 likes. We shook hands. His grip was not weak. And with hands clasped, he said to me, “The owner showing up … that’s special, right there.” 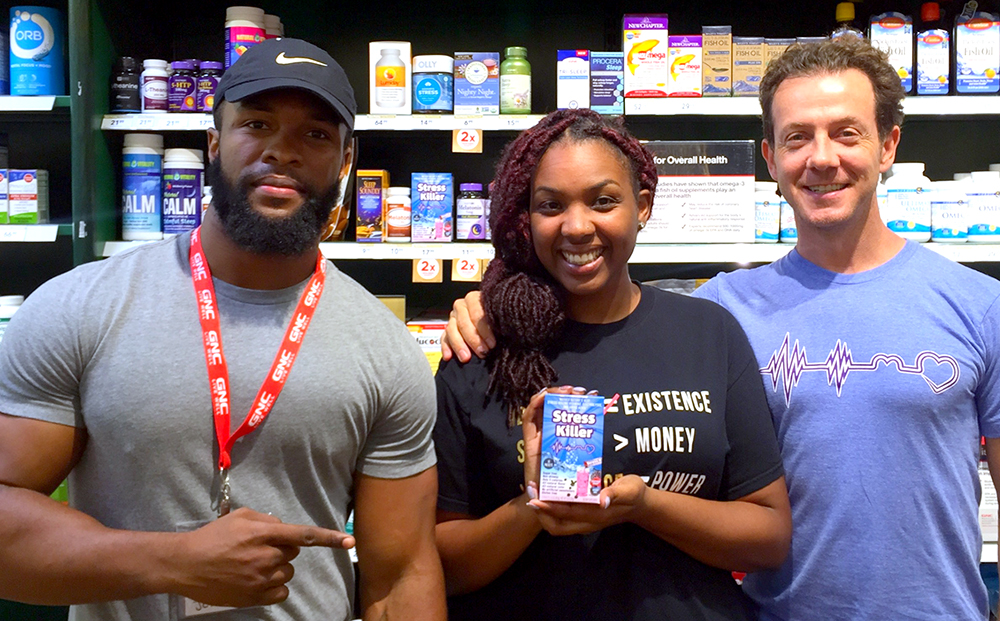 As he said those words, I immediately sensed that what was happening with Jeremiah, in person, was light years beyond what’s possible with any social media post. And my theory was confirmed just five minutes after I left Jeremiah’s store.

I was in the mall’s parking lot when my phone rang. A friendly woman named Cheri explained that she’d been in the store and overheard my chat with Jeremiah, who’d given her my number from my card. She was a wellness blogger and co-producer of a popular health-themed talk radio show in Durham, and she wondered if she could …

“Sorry to interrupt,” I cut in, “but do you mind staying where you are? I’ll be right there.”

After accessing our mobile command center logistics hub (i.e. the trunk of my Volkswagen) and loading up on swag—additional product and T-shirts—I went back to the store, had a great chat and shook Cheri’s hand, too. Shortly after this encounter, she indicated that her radio show wanted to do a segment.

PR is hard to get, and expensive, so an encounter like this is worth quite a bit.

And this kind of business magic happens a lot when you show up.

Of course, it’s more than just “showing up.” It’s also about what you do when you get there. Sascha Cocron, a lecturer in business at the Johns Hopkins Center for Leadership Education (and a power-hitting management consultant who’s worked with my brother Mark), often teaches a case study that helps make the distinction. A team of consultants goes to a big manufacturing plant to tackle a specific inventory problem. They set up in a conference room overlooking the factory floor and crunch data vigorously, pleased with themselves for having shown up. But it turns out the problem is much worse than they calculated, and they only find this out when they actually leave the conference room (where their laptops are), go out onto the factory floor and talk to people.

Arriving is only step one. You then have to engage, intelligently and meaningfully. And that means you need to be willing to spend some time.

In a Maryland GNC, I spent 45 minutes with Miguel, Mick and Denise. We quickly dove into a lively discussion of which medical authorities we consider sacrosanct when it comes to validating our nutrient choices and vetting ingredient quality. Well, I call it a discussion, but I’m sure it was also a bit of a pop quiz, allowing them to gauge whether I knew what the heck I was talking about.

After I got what I think was a pretty good grade on said quiz, Miguel mixed up some Stress Killer samples for his team and a bunch of regular customers, one of whom had biceps that looked like they were drawn by a Marvel Comics staff artist. I encouraged them all to be brutally honest. They were. But not always about the topic at hand, i.e. the drink flavor. Biceps said to me, “You’re the owner, huh? So how rich are you?” I replied, “Not very. That’s why I need you to like what you just drank.” He said he did. And so did Miguel. Miguel even said he felt it working after five minutes or so. (Theanine crosses the blood-brain barrier, so it can indeed work rather swiftly.) He explained, “Yesterday, we got your product in, and it was sitting on the counter top. Everyone asked about it, but I’d never tried it, so I couldn’t recommend it. But now that I’ve had it … I’m going to push it.” He then used his corporate online system to order 10 more boxes on the spot. While he did so, he said, “I’m doing this because I believe in your product, and I can sell it … and because we’ve had reps come in, but never owners.” This was big. Pay heed, all ye entrepreneurs.

Why do I consider Miguel much more important than a post that gets 12,000 likes? Because unlike a digital post that can primarily allow itself to be clicked for a like, this professional nutrition consultant can recommend our product, point to it on the shelf, take it down and discuss it with people who have come to his store expressly to buy nutrition. Talk about engaging target audiences.

So, shoe leather clearly generates enthusiasm. But does it generate results?

Yes. A week after visiting a Manhattan store and shaking hands with the two associates (one of whom is studying to be a pharmacist), I returned and saw that our product had earned a best-seller tag.

Am I sounding the death knell for social media? Of course not. It has its uses. And we haven’t given up on it. Take my encounter with Jeremiah and Cheri. After meeting them, how did I capstone the experience?

I asked a passerby to take a picture of the three of us so I could post it on Facebook.