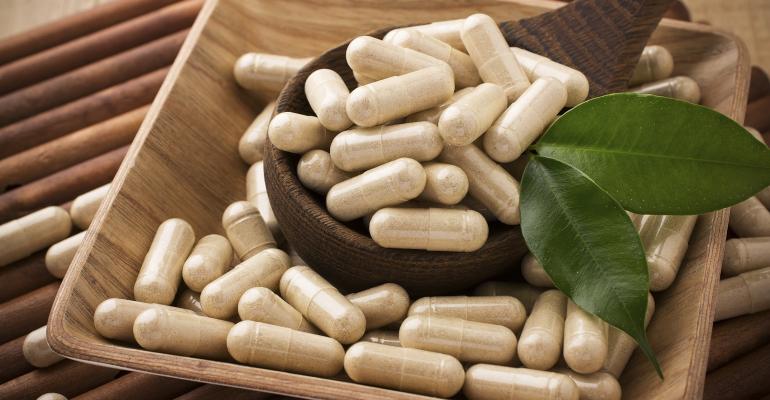 This week’s agreement between GNC and the New York attorney general’s office that paves the way for GNC to use DNA barcode testing—at least for incoming raw materials if not for finished-product extracts—raises several questions about how testing protocols may reshape the supplements industry.

Not least of those is that, while the agreement may be good news for GNC in the short term (its stock price rose 7 percent on news of the compact), is it costly and unnecessary for the industry long term?

Sudberg said that Alkemist does not currently offer DNA barcode testing because the technology has some maturing to do and the testing protocols already in place—microscopy, macroscopy, HPLC, HPTLC—are quite sufficient for the job.

“There’s only one lab in our industry that does it; if the entire industry has to do it, they won’t be able to keep up,” he said.

That one lab is AuthenTechnologies, based in Northern California. In September 2014, the FDA awarded AuthenTechnologies an exclusive contract for up to three years to develop a collection of validated reference DNA sequences and reference materials for a variety of botanical species.

“This is an exciting opportunity for us,” said Dan Reynaud, AuthenTechnologies vice president of business development. “We see this as a significant step in the advancement of the FDA’s work toward using DNA as a routine method for regulatory activities.”

As part of the deal, GNC agreed to implement DNA barcode testing starting in 18 months, and for the ensuing 18 months to provide the New York attorney general’s office results on a semi-annual basis. It's unclear whether the New York AG's office and the FDA, through its vendor account with AuthenTechnologies, will be sharing the results with one another.

The reason for the 18-month lag is it takes that long to gather authenticated type specimens for the appropriate herbs and then doing the work to identify and qualify the DNA, said Roy Upton, executive director and editor of the American Herbal Pharmacopoeia.

"It would be an impossibility for the the market to handle this shift in testing protocols to use DNA barcoding everywhere," Upton told NBJ. "For one, DNA can't determine the plant part - whether it's a flower or a root. Also, it's not like you can pick up a book and it has everything in it. The AG can't realistically hold someone to a standard that does not exist."

While the New York attorney general’s office did not say it in as many words (nor did its media water-carrier, The New York Times, in its breathless coverage), DNA barcode testing is not appropriate for assaying botanical extract finished products. Indeed, as part of the deal GNC made with the office, all of GNC’s allegedly compromised products are now allowed back on store shelves – the reason being, of course, was that the DNA barcode testing methodology employed by the attorney general’s office was not fit for purpose for the job at hand.

“He didn’t want to come out as back-pedaling,” Dan Fabricant, Ph.D., president and CEO of the Natural Products Association trade group and former chief supplements enforcer at the FDA, told NBJ.

The New York Times has piled on with a provocative editorial to advance its agenda of increased regulation of the supplements industry.

“This editorial strongly encourages the other three retailers to adopt the same agreement, thus dramatically expanding the error of mandated use of DNA barcode testing and adding substantial expense and time to the QA process,” said Loren Israelsen, president of the United Natural Products Alliance trade group. “This technique is little-used; there is little expertise, training or lab capacity to even adopt such procedures. How then, will all this work?”

Israelsen also noted that the GNC agreement sets a poor precedent for establishing testing methodologies and standards, which have historically been done by organizations and experts “whose job it is to establish standards, methods and reference materials through an open collaborative and peer review-based process.”

Although the New York attorney general has gained the support of some dozen other state attorneys general in its campaign to discredit supplements, much of the enthusiasm appears to die away upon the light of education.

“Over the past month, CRN has met with a number of state AGs around the country, and we are gratified that the concerns go away once we’re given the opportunity to fully explain the issue,” said Steve Mister, president and CEO of the Council of Responsible Nutrition. “In fact, an agreement between the NY AG and one of these companies earlier in the week explicitly stated that there were no issues with the herbal supplements being investigated, and because of this, the products were returned to the store shelves.”

Although some in the industry hope that the kerfuffle may go away, perception is reality and there has unquestionably been some harm done to the industry’s fortunes.

Israelsen expressed a cautionary note: “Not since DSHEA has there been a single event with the potential to affect how the botanical industry goes about its business."

Fabricant added, “The challenge with DNA barcoding is what is appropriate to satisfy the AG may have nothing to do with GNC. How does it help the consumer? The whole thing is a political grandstand. It’s unfortunate when an industry can be hijacked like this to gain press coverage.”