Why regenerative agriculture must be measured 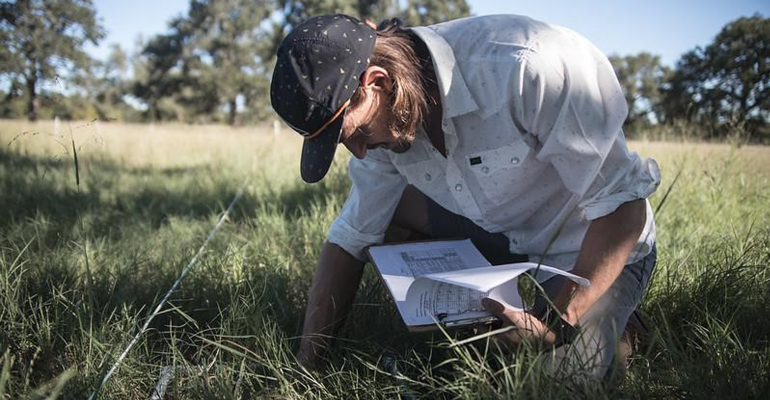 The old adage of “what gets measured gets managed” is just as true here as it has ever been.

The natural and organic movement has been the nexus for many elevated claims, but most notably the intersection of human health and environmental impact. The data around the human health component is becoming higher resolution and more widespread. And most of the New Hope readership is probably already of the mindset that making better choices about what we eat and wear can scale up environmental impact to save the planet. But how exactly does that happen, to what degree is it occurring and is it being optimized?

Civilization, at least as we know it, is running out of time; the United Nations stated in 2014 that at current rates of soil degradation and erosion there are only 60 harvests left. Humans have an affinity for procrastination; we are in essence facing the biggest exam of our existence. The test is tomorrow morning and we have no other choice than to start cramming right now in order to get a passing grade.

Simultaneously, natural and organic categories are reaching positive tipping points, becoming more mainstream all the time. These new phases of growth, wider distribution options and increased consumer engagement usher in new paradigms and opportunities. When it comes to how environmental impact and soil stewardship are part of the solution, up until now, most of this discussion has been based on general assumptions or low-resolution modeling. There is an opportunity at hand to change that—to scale the measuring of environmental impact at the farm level. The old adage of “what gets measured gets managed” is just as true here as it has ever been. With measurement we can optimize and that makes our movement incredibly well-positioned for the future.

What is regenerative agriculture?

This new chapter that we are embarking upon is most well-known by the name “regenerative agriculture.” Regenerative is a synonym for net positive. So, when we’re talking about regenerative farming or ranching, we’re talking about mimicking nature to steward positive environmental outcomes while still producing the high-quality food and fiber that society needs.

Warning: The next two paragraphs get borderline nerdy for just a minute. Buckle up, we’ll be fine!

There are many environmental benefits from regenerative agriculture, but from a climate change perspective specifically, regenerative is based on the notion of “drawdown.” At the simplest level, there is too much carbon dioxide (CO2) in the atmosphere. The gas traps heat and is one of the greenhouse gases (GHG’s) causing climate change. The part that often doesn’t make it into the broader zeitgeist is that we already have 409 ppm of CO2 in the atmosphere and scientists widely agree we need to be below 350 ppm; some say as low as 280 ppm. So, if we stop burning all fossil fuels today, we’re still totally screwed, climate change is already baked in. If you, like me, just hearkened back to an image of Al Gore on his scissor-lift, back in 2006 when CO2 levels were ~380 ppm, guess what—you’re on an even sicker planet than we were back then and we’re probably getting old. Sorry, who invited the bad news fairy anyways?

The key takeaway is that we need to stop burning fossil fuels and we need somewhere else to put these legacy carbon compounds already in the atmosphere. Incredible amounts of money are being spent on carbon capture technologies that can essentially vacuum the carbon out of the atmosphere. However, these are new and unproven technologies with many barriers to scale. Nature already has a scalable mechanism for this process; it’s called photosynthesis. That equation we all learned in high school biology, that no one can ever seem to remember, is probably the most important thing to the future of our existence. Plants, through the power of sunlight, are able to take carbon dioxide out of the atmosphere, combine it with water (H2O) in the soil and make carbo-hydrates. These carbohydrates form the basis of all soil organic matter. There is a whole economy of carbon trading that scientists are just beginning to understand and these organic matter compounds are the currencies. These carbohydrate-based particles are also your smallest structures in the soil and thus have the most surface area to hold on to more water. When you have more water available in an ecosystem, it can support more biodiversity. 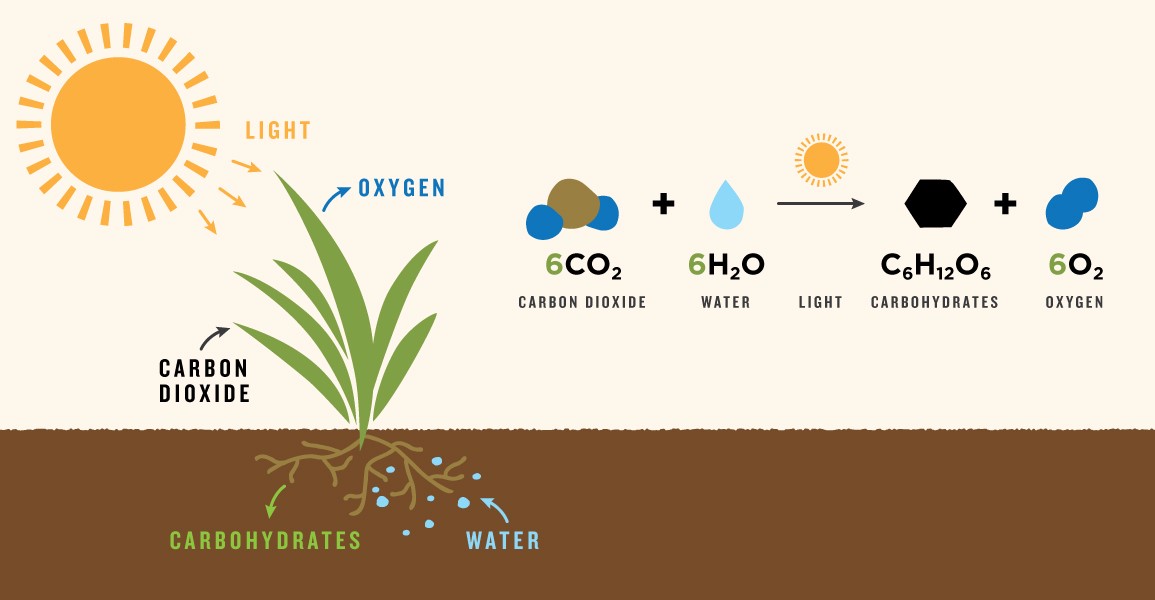 Bare ground is public enemy No. 1

Bare ground or exposed soil does not support photosynthesis. There are no plants present to capture the sun’s energy or roots to cycle minerals below ground, and the soil is left prone to wind and water erosion. Eventually, bare ground crusts over, which drastically decreases its ability to infiltrate water, and there is no supporting habitat for biodiversity. Instead, the thermal mass of the soil holds onto even more heat from the sun, further contributing to warming. Every time you see bare soil you are witnessing a missed opportunity to use photosynthesis to help reverse climate change.

Regenerative 'practices' are not the answer

Almost every brand we talk to at Land to Market starts the conversation by wanting to know the list of “regenerative practices.” Hopefully this doesn’t burst any bubbles, but there aren’t practices that are inherently regenerative or those that aren’t. Regenerative is an outcome. It turns out, the nuance of which practices to implement on which properties matters—a lot! It’s part of human nature to want formulas, panaceas, recipes, silver bullets, easy buttons, a laundry-folding machine (or maybe that one is just me). The reality is that it just isn’t that simple.

Managing land to achieve net positive results is a bit like managing a business to become profitable. In fact, those who come from a triple-bottom-line perspective would point out that regenerative agriculture is actually talking about environmental “profit.” Every business uses different formulas and recipes, but good businesses use KPIs to track whether the formula or recipe is right for their business. You’ve never heard businesses touting the profitability practices that they implement. Like businesses, agriculturalists operate on principles, things such as preventing bare soil. These principles act as a guide, but there are no silver bullets that say how exactly the farm should prevent exposed ground on their operation. Understanding and actually embracing the nuance of the specific context is critical to filtering what strategies to try first. A practice will certainly not produce the same outcome in different environments across the country, and some may not even apply across fence lines between neighbors. Just like with a business, you have to: proactively plan, set up feedback loops and KPIs, adjust accordingly and continue to optimize.

Farmers and ranchers are the solutionairies

Unfortunately, we live in the most ecologically illiterate society of all time. There is still so much to learn and even relearn. When it comes to understanding the context and embracing the complexity of a piece of land, who better to do that than the farmer? They know their land and they’re frustrated by the idea of folks in far-away places telling them what they should be doing differently. The world is waking up to the reality that healthy soil can be part of the solution to so many of the world’s greatest challenges: climate change, world hunger, water insecurity and struggling rural economies. But for all of human history, farmers have been generally seen as less intelligent and relegated to the peasant class. We will not solve this problem until we change that perception. We need to collectively ask ourselves where we can empower and support and where we can get out of the way.

We approach that in multiple ways at Land to Market. We have a scientific protocol, Ecological Outcome Verification, that measures soil health, sequestered carbon, water and biodiversity the same way all over the globe. The data set is broken up into leading and lagging indicators. The leading indicators allow farmers to fine tune their management and optimize outcomes. Those that achieve net-positive results are connected with progressive brands that are making sourcing from regenerative farms and ranches a cornerstone of their business. Doing this cultivates a new data-driven democracy for consumers as well. According to The New Mindful Consumer study by The Innovation Group at J. Walter Thompson Intelligence, 89% of consumers say they care personally about protecting the planet and 70% would be willing to pay more for products that protect the environment. Now, for the first time in history, they can pick up a package and know with empirical data to back it up that a product was grown in a way that improves the environment. This brings new dimensions of possibility to the old cliche of vote with your dollar.

Business can be a force for good, but to deliver on that it needs to prioritize outcomes and play the role of sending the right signals through the marketplace. In an era where brands are being asked to do more impact accounting, set increasingly aggressive CSR targets, align with UN Sustainable Development Goals, etc., established leader brands from the natural and organic space are seeing the opportunity to gain first-mover advantages. Smaller and younger brands are also seeing the opportunity to garner market share by aligning with consumers on a broader array of their values. The time is now, the exam is tomorrow morning and we haven’t done too well on previous tests. Let’s do this!

Chris Kerston co-leads Land to Market, a program of the Savory Institute that connects agricultural producers with progressive brands.

How to get shoppers to value regenerative agriculture
Jan 15, 2019

Paid Content
Support for every season: How to choose the right supplement for immune health with Jarrow Formulations – webinar
Sep 22, 2022