Companies build their natural brands on trust. The lack of trust in Big Food and Big Pharma breeds loyalty in natural. Trust in transparency and quality for natural products builds the value proposition that gets those consumers to pay a little more.

So when trust falls, or falters, the future of every company in the natural space comes into question.

In the wake of the New York Attorney General’s investigation into herbal supplements, NBJ took a look at consumer trust in natural products. We found positive signs mixed with discouraging sentiment, and two populations providing answers both similarly troubling and nuanced in perspective.

Supplement makers, many of them already anxious, should not be surprised at the results. Though other polls have shown robust, and stable, confidence in supplements leading up to last year, among respondents asked which products were safest, supplements came in second to last, only slightly ahead of over-the-counter drugs, as shown in the chart at right. Even foods containing GMOs outpolled supplements. 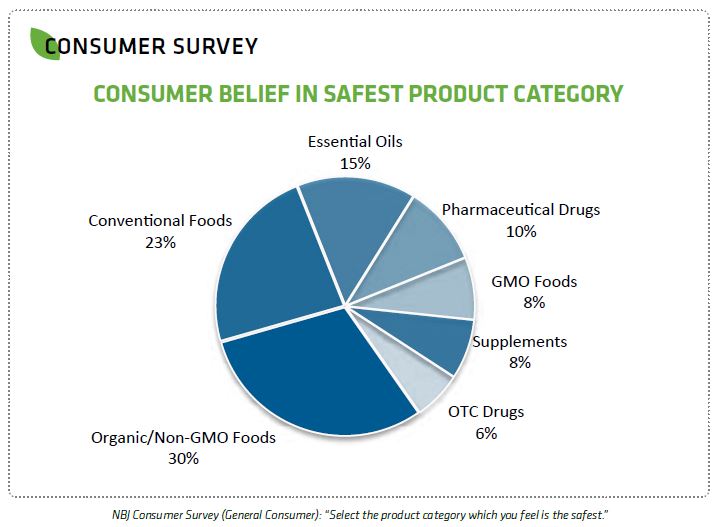 Ranking below GMO foods clearly marks the supplement industry’s need for image management, especially when only some of that perception can be linked to the New York A.G. story. Even among the core consumers, a more-informed segment focused on nutrition, just 56.6 percent of respondents indicated they had heard of the New York investigation, as seen in this chart below.

Though much more widely reported than the New York case, more than a year after the Journals of Internal Medicine told consumers to “stop wasting money” only 47 percent of respondents remembered the resulting news reports. Headlines linking Omega-3s to increased prostate cancer risk in 2013, as the Omega-3 Coalition’s consumer research also found, has largely faded from memory with only 13.3 percent of respondents polled by NBJ recalling the study claiming that link. In contrast, 44.6 percent remembered reports that curcumin reduced heart risk factors. All of this could suggest that memory of the New York A.G.’s office may not linger. 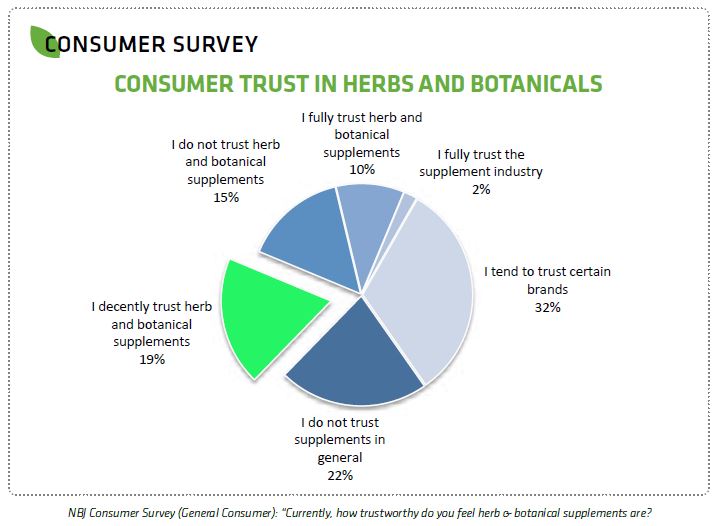 These core consumers, recruited from Delicious Living readers, are markedly more aware of their nutrition, with 88.5 percent claiming they examine labels on food and nutrition products, a contrast to 32 percent of the general public respondents. While core consumers and the general public share some of the same attitudes toward supplements, the judgement is not as severe when comparing supplements to other products, as seen in the chart below. Among core customers ranking categories by trust, organic food was first, followed by non-GMO foods in second. Essential oils were the third most trusted category and supplements came in tied conventional food. Over-the-counter drugs, pharmaceuticals and conventional foods ranked well below the top four.

Though far from encouraging, what the industry might learn from these findings may be that supplements are still seen by core consumers as a worthy alternative to conventional medicine and that negative media coverage does not present an insurmountable challenge. Among those core consumers, only 4 percent believed the media was treating supplements fairly while 31 percent called coverage unfair.