Consumers fear not getting enough nutrients from diet 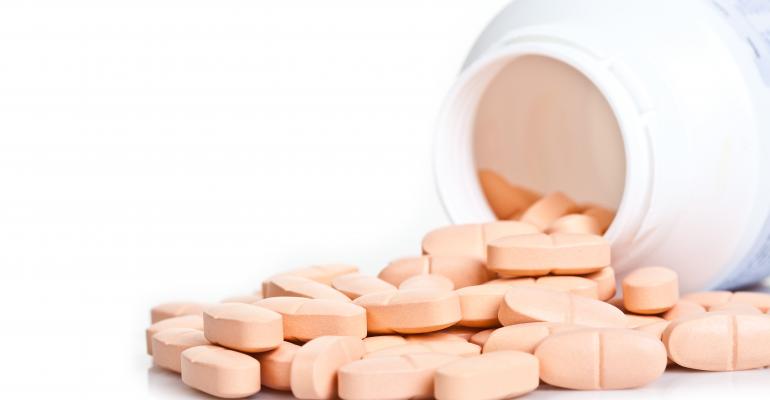 Survey shows most consumers look at fat and calorie counts of foods&mdash;not vitamin and mineral content.

The New Year means millions of Americans have once again made resolutions to eat right and live a healthier lifestyle. Though eating healthy may be a priority, a new survey from Prevention and Centrum® finds that although more than 75 percent of Americans believe it is fairly easy to get recommended daily values of vitamins and minerals by eating a healthy, balanced diet, nearly half of those polled are concerned they may not be getting enough of one or more key nutrients.

“These findings show that though most Americans think it’s easy to get the recommended amount of vitamins and nutrients, few are confident in their own diets,” said Dr. Holly Phillips, contributing editor at Prevention and health and medical contributor to CBS News. “Eating a healthy, balanced diet is essential, but these findings also suggest Americans do not fully understand the vital role of key vitamins and minerals and how they need to be part of our daily routine.”

How nutrition stacks up
Nearly all Americans (88 percent) say that eating a balanced diet and achieving a healthy weight are important in their lives, but when it comes to how they look and feel, what they eat and drink (71 percent) is just as important as their hairstyle (71 percent), and less important than their wardrobe (77 percent) or how much they weigh (85 percent). While most Americans say nutritional content factors into the groceries they buy (80 percent) and meals and snacks prepared at home (75 percent), the findings reveal different behaviors:

Among those who do look at nutritional content (spend a lot of time or just glance), more are concerned about calories (72 percent) and fat content (61 percent) than vitamin and minerals types (33 percent) or amounts (30 percent).

Nutrition know-how
More than three-fourths (76 percent) of Americans say they are confident they know which vitamins and nutrients they need, yet most (63 percent) also agree it is impossible to keep up with so much conflicting nutrition news. The survey also gauged respondents’ knowledge about the benefits of specific vitamins and minerals:

Nearly half (48 percent) are concerned they may be lacking enough of one or more key nutrients.

Both vitamin D and calcium are at the top of the list of nutrients that most concern these Americans. However, half or more of respondents were unsure about the foods that can provide essential nutrients such as magnesium, vitamin A and vitamin E.

Few could correctly indicate the health benefits of essential nutrients such as magnesium and vitamin A.

Making a change
Among those concerned that they may not be getting enough of one or more key nutrients, 60 percent have not changed their diet in the past year to increase the amount of vitamins and minerals they are consuming. One in five respondents (22 percent) have actually been told by a doctor that they have a nutrient deficiency, yet more than half (56 percent) of overall Americans report that they don’t take a multivitamin that can help fill dietary gaps.

“The scientific evidence from numerous nutritional studies demonstrates that many Americans don’t get enough nutrients from food alone,” said nationally recognized nutrition expert, Elisa Zied, MS, RDN, CDN, author of Younger Next Week. “There is a strong and persuasive body of evidence to demonstrate the benefits of a complete daily multivitamin, such as Centrum, which includes the six essential nutrients many people don’t get enough of from food alone.

The U.S. Dietary Guidelines encourage Americans to focus on eating a healthful diet to meet daily requirements through nutrient-dense forms of foods and ensuring recommended intakes of essential vitamins and minerals. The Guidelines also note dietary supplements can help to increase intake of a specific vitamin or mineral. The latest Dietary Guidelines for Americans can be found on online at health.gov/dietaryguidelines/2010.asp.

Survey methodology
GfK conducted the survey from Oct. 23 to Nov. 1, 2014, on behalf of Prevention and Centrum. GfK surveyed a total of 1,006 U.S. adults ages 18+ using the GfK online KnowledgePanel®. The margin of sampling error for this poll is +/- 3.3 percentage points (total sample) and is higher for subgroups.

NFM Secret Shopper: Should I take a synthetic or food-based multivitamin?
Nov 05, 2012

5 lessons from the JAMA multivitamins and cancer study
Oct 18, 2012