Amy Goldman: The champion of heirlooms 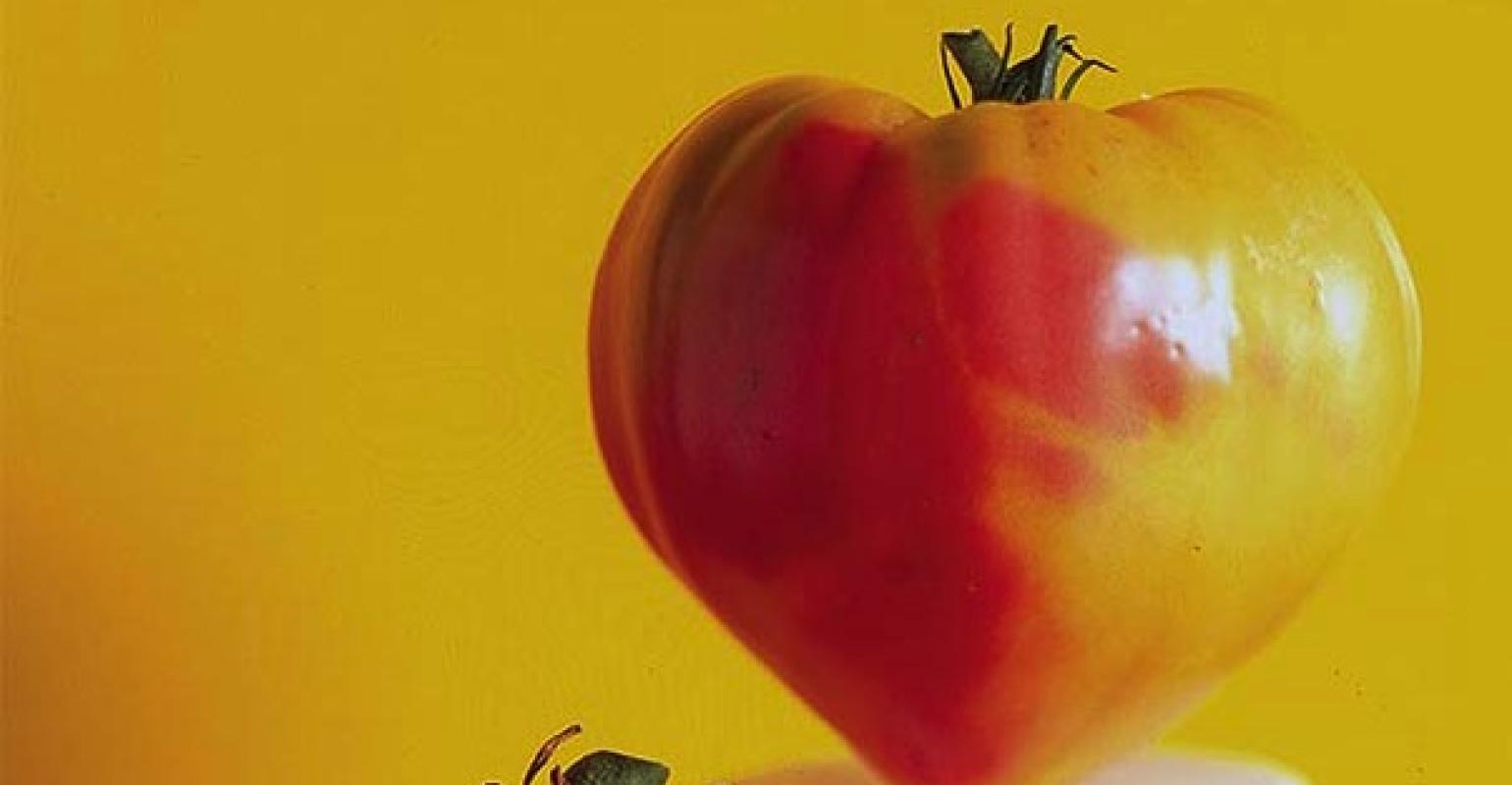 To say that Amy Goldman has made heirloom fruits and vegetables her life’s work would be an understatement. 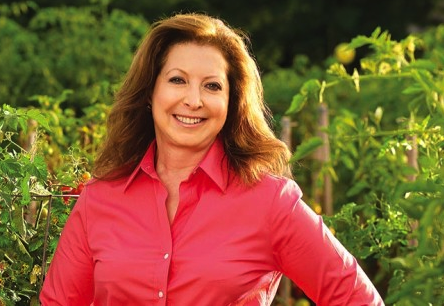 By profession she is a clinical psychologist—but she left that career behind years ago to plant and grow these unique varietals, and to advocate, write about and promote the agricultural heritage and diversity of heirlooms. She is the author of three award-winning books on the subject, and has written for Martha Stewart Living, Fine Gardening, Organic Gardening and Garden Design. Along with television appearances, she has also been profiled by the New York Times and Washington Post, among others.

Amy is intimately involved with Seed Savers Exchange, the renowned nonprofit organization dedicated to saving and sharing heirloom seeds. She recently retired as chairman of the board, but retains the post of special advisor to the board.

What originally drew Amy to heirlooms was their beauty. “I was fascinated by their novelty and diversity,” Amy told Organic Connections. “I read some books about heirlooms and began buying seeds and growing them for exhibition at the local county fair. Fairgoers were also amazed by them—the colors, the shapes, the sizes. They were unusual in the early 1990s. I fell in love with them because of their good looks and flavor, their utility—not to mention their history and their deeper meanings.”

As a good part of her work, Amy has learned a great deal about the tradition of these heirlooms, and she shared some of the more remarkable stories with us.

“Probably the most famous commercial heirloom is the Moon and Stars watermelon,” Amy related. “It’s visually spectacular and it tastes heavenly. It’s a green oblong melon that is speckled with yellow spots—‘moons and stars,’ so to speak. Even the plant is speckled with little yellow stars.”

Amy tells the story of this melon in her book Melons for the Passionate Grower. “Originally introduced as Sun, Moon and Stars by Peter Henderson and Company in 1926, it was still alive and well a decade later, according to the J. D. Robinson Seed Company, which described the fruit as novel but not without merit. Later it was dropped from commercial production and vanished.

“Kent Whealy, the cofounder of Seed Savers Exchange, didn’t forget the melon. After years of searching, he found what he was looking for not far from home, near Macon, Missouri, where the watermelons grow. In the spring of 1981, Merle Van Doren saw Kent give an interview on local television. Merle wrote that he was keeping the melon and would have seed at harvest time.” Whealy ended up obtaining the seeds. “It was then reintroduced and is now beloved,” said Amy. 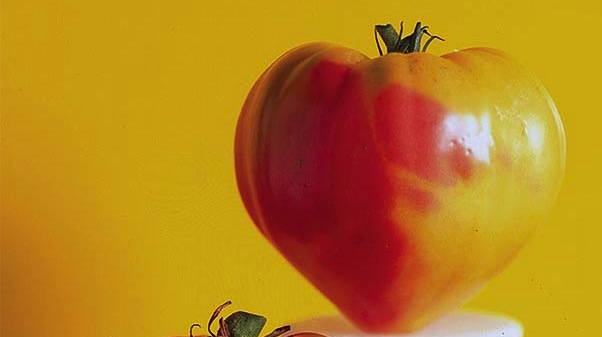 Another heirloom draws one in, just because of its name. “Radiator Charlie’s Mortgage Lifter Tomato,” Amy laughed. “What is that name all about? Well, for starters, it’s one of the biggest tomatoes that I’ve ever grown. To paraphrase from my book The Heirloom Tomato, eating a thick juicy slab of Mortgage Lifter, marbled with white, is like having a last steak supper before you die and go to tomato heaven.

“This big beefsteak tomato was bred by M. C. Byles in West Virginia in the 1930s by crossing four heirloom beefsteak types. His nickname was ‘Radiator Charlie’ because he was a radiator repairman. His shop was located at the bottom of a steep incline in Logan, West Virginia, and the story goes that he would just wait there for trucks with busted radiators to roll back into his shop.

“Anyway, he, like most of us, had a mortgage to pay off. In the 1940s he sold his tomato seedlings for a dollar apiece, and that helped to pay off the $6,000 mortgage on his house. Mortgage lifter is a term used by farmers to describe supplemental profit making; the source can be sales of a tomato or a hog, or corn or beans.”

“The pink one that many people know and love is a family heirloom saved by the Sudduth family of Tennessee. As good as the pink one is, the red one is perfection: high acid, high sugar, savory, mouth filling, juicy, beautiful.”

As aficionados have discovered, many heirloom varieties have flavor far superior to industrially grown produce. There is good reason for this. “Generations of farmers and gardeners have selected their best and most flavorful varieties and passed the seed down to the next generation,” Amy explained. “Heirlooms are designed to be homegrown and used in cookery—not bred for transport or mechanical harvesting. Most heirlooms grow on tall indeterminate plants and produce a harvest over an extended period; the industrial tomato grows on a short plant and is harvested green all at once. There’s a correlation between big plants and big flavor: the more foliage, the more photosynthesis, and hence tomatoes with more flavor and sugar.

“One of the keys to growing luscious fruits and veggies is letting them fully mature on the vine. In industrial production, melons, squashes, pumpkins and tomatoes are routinely harvested too young. Tomatoes are picked green and gassed with ethylene to artificially ripen them; so they will never catch up in flavor. The beauty of an heirloom is that the gardener can allow it to ripen on the vine in full sun and reap the rewards over a season.”

You can grow them, too

Amy pointed out that there are many reasons for someone to start growing heirlooms. “They’re beautiful, they’re delicious, and they’re easy to grow,” she said. “By growing heirlooms you are also preserving the best of the past for the future. This notion is sometimes called ‘eater-based conservation.’ By growing and saving heirloom seeds, you’re helping keep these varieties alive. Hence it’s good for you and it’s good for the planet.”

Growing them is rewarding and fun as well. “The good news is that it’s just as easy to grow heirlooms as it is to grow modern hybrids,” Amy said. “The same basic kinds of advice hold true: plant a garden with fertile loamy soil or add soil amendments as needed; provide enough space for things to grow; and be vigilant. For the novice gardener, there are some choice how-to books on heirloom gardening available.

“It’s important to look for good open-pollinated varieties, and I don’t think a grower could do better than by starting with seeds from Seed Savers Exchange. SSE has an extensive commercial catalog of seeds for the general public. In addition, by becoming a member of SSE, you have access to excellent educational publications and a community of like-minded individuals who exchange the rarest of rare seeds in their annual yearbook.”

“Many definitions of heirloom exist out there, so let me share with you my definition,” Amy continued. “An heirloom is ‘a variety of value that is open pollinated and breeds true from seed.’ Thus seeds can be handed down to the next generation. Open pollinated refers to a standard variety that breeds true from seed—saved seed produces offspring like the parent (unlike F1 hybrids*).

“If the new heirloom gardener wants to get more involved and learn how to save seed, I would recommend growing easy-to-save crops like tomatoes or beans or peas. These are mainly self-pollinating, although there is some degree of crossing by insects. If you want to save pure seed, you have to either isolate the variety by distance from other varieties with which it could cross, or prevent bees or other pollinators from bringing in foreign pollen and contaminating the seed.”

It’s easiest to isolate by distance. “If you grow only one tomato variety in the garden, you know it’s not going to cross with any others. Harvest the ripe fruit and save the pure seeds for next year’s crop. You can do the same thing with one variety of pea, one squash, one melon, one watermelon, one eggplant. When you isolate by sufficient distance, you know those won’t cross with other varieties of their species.”

As Amy has pointed out, someone getting involved with heirlooms is doing a lot more than just creating interesting and flavorful produce. She herself observed this early on and got heavily involved with the Seed Savers Exchange. It is an organization that, since its founding, has done a tremendous amount of good in forwarding and preserving this vital natural heritage.

“Seed Savers Exchange was founded in 1975 and is the nation’s premier nonprofit seed-saving group, with a membership of over 13,000,” said Amy. “The mission is to develop a network of people who are committed to collecting, conserving and sharing heirloom seeds and plants. It is an active community of backyard gardeners, orchardists and others who are preserving these varieties in their gardens and fields. As I mentioned earlier, SSE has an exchange program wherein people exchange seeds with each other. We estimate that through the course of Seed Savers’ history we’ve passed on approximately a million seed samples to others.”

Seed Savers Exchange has its own vault in which seeds from the rarest varieties are preserved for posterity. “Seed Savers Exchange is also a regular depositor of seeds to the Svalbard Global Seed Vault in Norway,” Amy added. “We sleep easier knowing that if disaster strikes us—for instance, if a tornado does damage in Iowa, where Seed Savers’ vault is located—we have some safety duplication. We’re deeply grateful to the government of Norway for giving us this free insurance policy.”

Amy recently married Cary Fowler, who headed the international committee that proposed the establishment of the Seed Vault; he currently serves as chair of its International Advisory Council.

“We’re losing a lot of diversity in agriculture,” Amy concluded. “In order to have a more bountiful future, we need to continue to collect and conserve our plant genetic resources so that breeders can develop more heat- and drought-tolerant crops. The pressure is really on now to ensure that agricultural crops adapt to climate change.”

Further information on Amy Goldman and her work can be found at www.rareforms.com.

Amy Goldman’s books Melons for the Passionate Grower, The Heirloom Tomato, and The Compleat Squashare available from the Organic Connections bookstore.

*F1 hybrid: A term used in genetics and selective breeding. F1 stands for Filial 1, and indicates the first generation of plants or seeds resulting from the crossbreeding of distinctly different parental types.