4 top contenders in the next alt-burger race 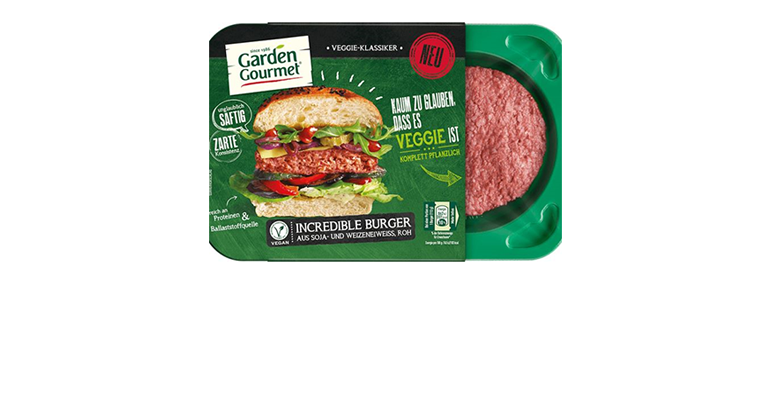 Meaty, mostly plant-based substitutes for the conventional American burger are taking the country by storm. And with Beyond Meat expecting to raise $184 million in its upcoming IPO, it's no wonder veteran and new companies alike are looking to cash in on the trend. What these products share is a desire to appeal to non-vegans and -vegetarians through uncannily meat-like textures and flavors—and sales show that they're succeeding. Here are four products to watch.

The Swiss company announced plans for a meat-free burger patty in December 2018 under its Garden Gourmet brand. The burger is comprised of wheat and soy protein and, similar to both Beyond Meat and the Impossible Burger, "bleeds" like the real thing. The move was not unprecedented: the company had bought a majority stake in plant-based food maker Terrafertil and acquired the Sweet Earth Natural Foods brand earlier in 2018; all things considered, Nestlé's plant-based businesses may reach over $1 billion within the next decade. In more recent news, McDonald's Germany has already partnered with Garden Gourmet to serve the burger in a new regional menu item called The Big Vegan Burger TS.

Lightlife Foods revealed its new plant-based burger in January 2019. Notably, the product has a shorter ingredient list than both the Beyond Burger and the Impossible Burger and is also free from soy, gluten, cholesterol and GMOs; ingredients include pea protein, coconut oil and beet powder. Lightlife has reportedly set the highest marketing budget for the product than any prior rollout in the company's entire history. Lightlife's alternative burger hit store shelves late in March and was joined by the brand's Plant-Based Bratwurst, Plant-Based Italian Sausage and Plant-Based Grounds products.

Unilever acquired The Vegetarian Butcher late last year, meaning the cult favorite Dutch brand is about to get a lot more accessible and popular among consumers. The Vegetarian Butcher was created by former cattle farmer Jaap Korteweg and the line includes all sorts of meat alternatives, from tuna to chicken nuggets to sausage rolls. The brand's vegetarian mc2 NoBeef Burger is constructed from soy and wheat protein and was rated the highest out of all vegetarian burgers tested by The Dutch Consumers Association.

Tofurky, a longtime player in the alt-meat game, gives consumers the ability to choose their plant-based burger's shape and size with its DIY Burger, a product remniscent of regular ground beef. The DIY Burger is sugar-free and contains beet juice, pea protein, coconut oil and organic soy flour—one could argue it was the first imitation meat product from a major brand to follow in the trailblazing footsteps of Beyond Meat and Impossible Foods. Tofurky has been steadily releasing new products in the alternative protein space since then, including vegan deli slices and sausages.