In the Aisle: Brothers can 'whey cool' beverage booster 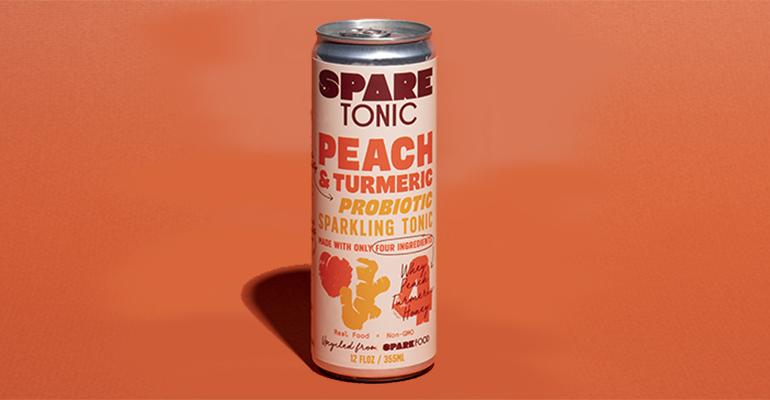 Spare Tonic, a four-ingredient sparkling beverage, is created from fresh whey left over from the manufacturing of strained yogurt.

Whey has recently gone from supporting actor to leading role in upcycled beverages because it offers brands and consumers a food-waste success story in the form of great tasting spirits and RTD beverages.

But what happens when that food-waste story mixes with culinary ingenuity and a true passion for helping to support regional food systems? Spare Tonic.

Related: Unboxed: 10 natural foods and beverages with an upcycling story

Made with 85%-95% upcycled ingredients, this four-ingredient beverage is the first—but certainly not the last—product line launched by Spare Food Co., a venture founded by brothers Jeremy and Adam Kaye. The latter, a chef for nearly two decades alongside Dan Barber at Blue Hill at Stone Barns, had long been looking at new culinary applications for unused ingredients along the supply chain of restaurant purveyors.

This led to an understanding for both brothers that, as Jeremy Kaye explained, "There are far more ways to use more of what we already grow and produce, and we are overlooking some of the most important, nutritious, delicious food ingredients by not thinking differently or assigning value differently in the food system."

Spare Tonic became the tangible result of this belief, a four-ingredient sparkling beverage created and commercialized in partnership with the Cornell Food Venture Center in Geneva, New York.

Its main ingredient, fresh whey, is sourced from a strained yogurt manufacturer in the brand's home base of Brooklyn, New York, which in turn gets its milk from family-owned farms in the Hudson Valley. It is then fermented, Jeremy Kaye says, "at a local craft brewery that had been shuttered because of COVID, because the production process is actually far more akin to brewing craft beer than it is to a natural coffee or a kombucha or a better-for-you soda." The resulting "tonic" is blended with a touch of local honey, a fruit and a spice and is, "full of the probiotics, electrolytes, protein and vitamins that really make it a superfood."

Spare Tonic's four SKUs are currently available at specialty shops, restaurants and other institutions of New York cool like the Brooklyn Museum. And the brand recently launched with Fresh Direct and Imperfect Foods.

"We are building, building, building and proving that the 1 billion pounds of whey that is created in New York state alone every year—most of which is dumped down the drain to great environmental, nutritional and economic cost—actually does have value in the food system," Jeremy Kaye says.