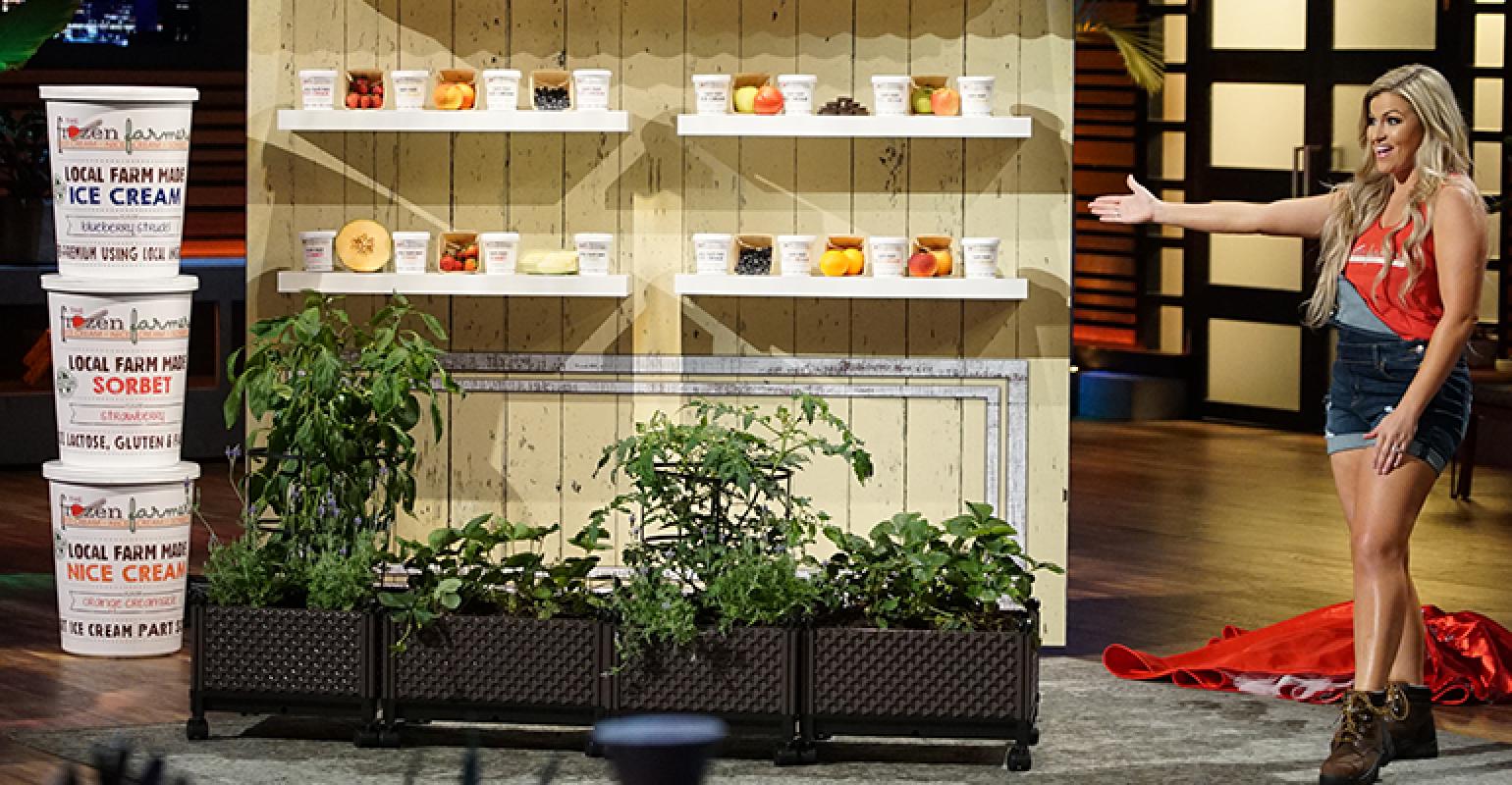 The Frozen Farmer had interest from Giant Food and a date scheduled on Shark Tank. But it needed the production and distribution capacity to match.

Katey Evans, founder of Bridgeville, Delaware's The Frozen Farmer, landed a deal on ABC’s Shark Tank on March 27—the result of great preparation on her part.

The owner of this premium ice cream and sorbet brand did a lot of work behind the scenes both before and after her appearance, scaling up and preparing for a burst of business that pushed the company from a small direct-to-consumer operation to nationwide distribution at Giant Food stores.

In 2015, Evans opened The Frozen Farmer in the 600-square-foot kitchen of a community golf course across the field from her farm, where she and her husband own a 2,000-acre grain and produce operation.

“It was literally a storage closet when we arrived,” she recalls. Evans made use of the small walk-up window, selling ice cream and sorbet made from the farm’s “ugly” produce unfit for sale. “The community loved the product,” she says.

Soon after, Evans had a meeting at Giant Foods, one of the farm’s produce partners. She came to the meeting armed with The Frozen Farmer ice cream and, as luck would have it, the president happened to walk by, try the product and love it.

“That’s how we got in with the head of frozen at Giant,” Evans says. “For us, it was a lucky break in the beginning.”

The brand started small, supplying 15 stores in its first year via direct delivery with its own truck. At the end of year two, they served 30 stores; by year three, they took on 58.

“At that point, Giant wanted to know when we would be able to get on the shelf at all 164 locations,” Evans says. “We knew we’d have to ramp up capacity, and that was about the same time as our Shark Tank episode.”

So when Shark Tank investor Lori Griener agreed to a deal— contingent the brand's landing a major national chain—it was no sweat for Evans. Griener invested $125,000 for 30% of the creamery.

"These ice creams are the best I've ever had in my entire life," said Greiner during the episode. "I think that your product is fantastic. You have something I think is blue ribbon."

Storage: Lucky for Evans, a major food storage and distribution company is located 20 minutes down the road. It seemed like a natural fit to supplement to farm's storage possibilities.

Co-packing: Many flavors are still made in-house at Evans Farm: Those supplied to local retail and restaurant partners or sold on site. The Frozen Farmer purchased an additional freezer to increase capacity on site, and also increased staffing.

But to accommodate Giant’s national needs, The Frozen Farmer found a co-packer.

“The flavors we take to the copacker are our more traditional flavors, driven by our largest wholesale customer, Giant,” Evans explains. “We still produce our niche flavors at our farm creamery.”

Distribution: Typically, a brand will first find a distributor, who then pitches the product to retailers. This wasn’t the case for The Frozen Farmer.

“Giant mandated we go through a distributor, rather than shipping directly from our copacker or our warehouse partner,” Evans says. “This was a kind of third party we weren’t anticipating.”

The good news was that it was fairly straightforward: Giant gave the brand one option to use as distributor, so they had to get in with them. “The distributor said we skipped a step in that usually brands go to the distributor before they get to market with a buyer,” she says. “In this case, we had the buyer, which helped us get in quickly.”

How mission-driven TaDah Foods won over the sharks
Nov 21, 2019