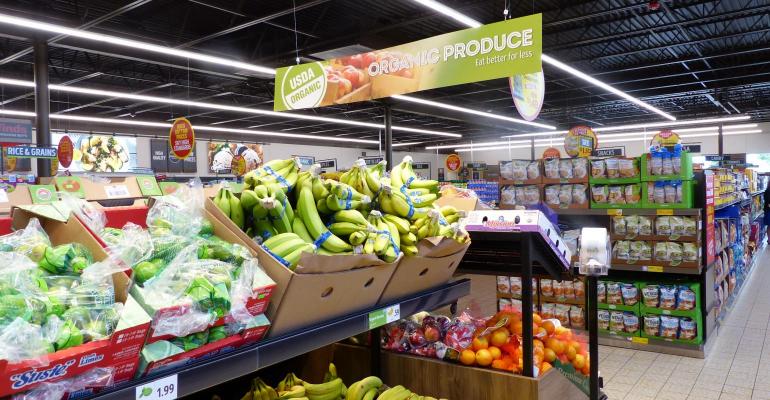 U.S. organic fresh produce sales jumped 22% in March and 8% overall for the first quarter, which saw the initial outbreak of coronavirus in the United States.
Dollar and unit volume jump by more than 20% during March.

Americans have boosted purchases of organic fruit and vegetables as they hunker down during the novel coronavirus (COVID-19) pandemic.

U.S. organic fresh produce sales jumped 22% in March and 8% overall for the first quarter “in retail conditions unlike any ever experienced in the modern era of grocery retailing,” according to the “2020 Q1 Organic Produce Performance Report,” released by the Organic Produce Network and Category Partners.

Data show organic fruit and vegetables outperformed conventional produce in March as well as in the first quarter, the Organic Produce Network noted. 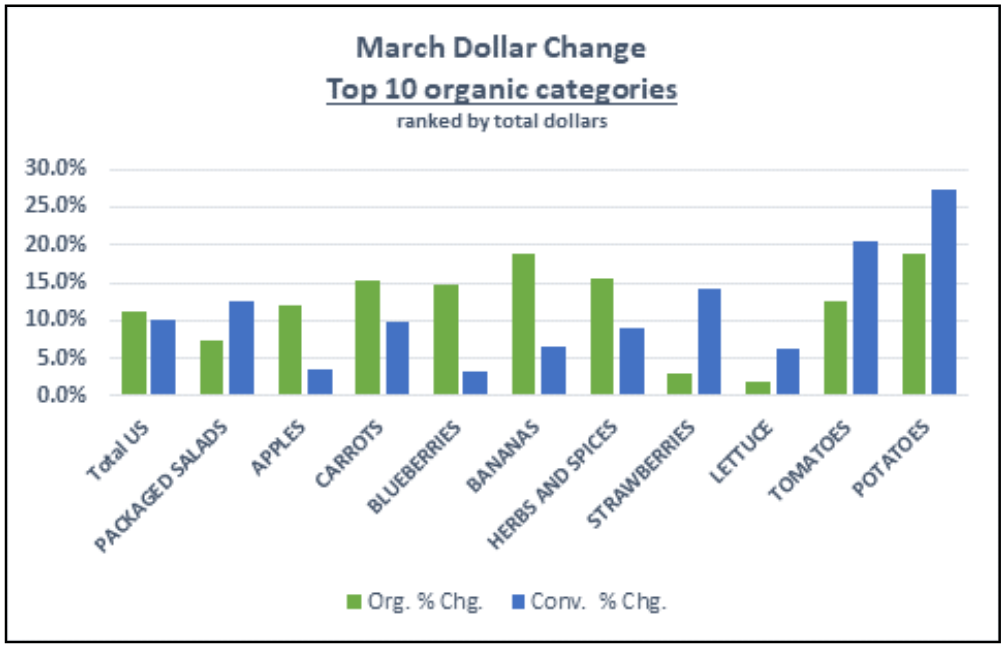 Organic bananas, blueberries, carrots and herbs and spices all saw dollar sales increases higher than the conventional versions of those products.

The study pointed out that, during March, both organic and conventional produce departments were hit by consumer pantry-loading buying behavior as the spread of COVID-19 intensified.

“As we saw in many supermarkets in March, consumers swept into stores exhausting supplies, starting first with staples. In many stores, this created out-of-stock conditions forcing consumers to make second-choice purchase decisions,” the report explained. “In conventional produce, broad assortment and deep inventories allow shoppers to select alternative varieties or packages if the preferred item is sold out. For organics, supermarket assortment and inventory are tighter and there are simply fewer choices. This means fewer second-choice organic selling opportunities for retailers and fewer alternatives for consumers if their preferred organic item had sold out.” 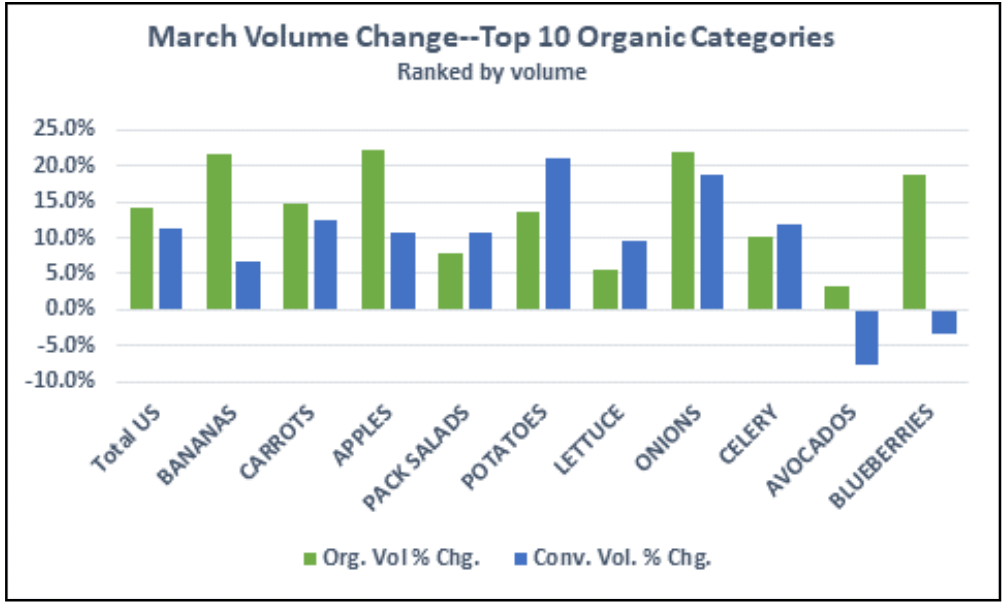 Organic carrots, apples and onions all saw sales volume increases of more than 20% in March.

For the first quarter, packaged salads, apples and bananas generated the highest increases in organic dollars, accounting for more than 35% of total organic produce dollar sales, the Organic Produce Network said. By volume, the organic leaders were bananas, carrots and apples, which represented 44% of total organic unit sales, with bananas escalating by 19.5%.

“The West continues to be the strongest region in the U.S. for organic performance, with first-quarter 2020 ACV performance 34% above the U.S. average,” according to Seeley. The 2020 Q1 report indicated that the West and Northeast shared the biggest increase in organic dollars, though going forward the greatest opportunity for organic growth appears to be in the Midwest and South.

Organic dollar share expanded to 9.8% of total produce during the first quarter. However, production limitations that restrict retail distribution to a narrower mix of organic fruit and vegetables continue to impact the segment’s growth, the study said.

“What we see in the Nielsen data is that organic produce at retail is concentrated within fewer categories than conventional produce, especially in the winter months, when locally produced organic products are less available,” said Steve Lutz, senior vice president of insights and innovation at Category Partners. “The top 10 organic categories in produce drive 59% of dollars and 71% of volume in Q1. These same categories contribute only 42% of total conventional sales and 52% of volume.”

Organic produce’s standing in the minds of shoppers has been further elevated during the coronavirus crisis, Seeley added. “Consumers are looking for items they trust during these uncertain times,” he said, “and organic fresh produce is a healthy and safe option for all consumers.”