HomeNewsCampbell's will start labeling GMOs—here’s why this is a really, really good thing
Recent
Latest
4 tips to get ahead of chemical concerns in packaging
May 20, 2022
7 CBD favorites in the increasingly popular gummies format
May 20, 2022
Mission MightyMe helps parents introduce allergens to babies
May 20, 2022
UNFI's Eric Dorne to step down as chief operating officer
May 20, 2022
Trending
Whole Foods' honors 30 companies with 10th annual Supplier Awards
May 18, 2022
Sponsored Content
The rise of sustainable business – eGuide
Sponsored Content
Getting ready for 2023: Trends for brands to consider
May 17, 2022
Sponsored Content
Unboxed: 7 plant-forward ice creams to stock this summer
May 10, 2022

Campbell's will start labeling GMOs—here’s why this is a really, really good thing 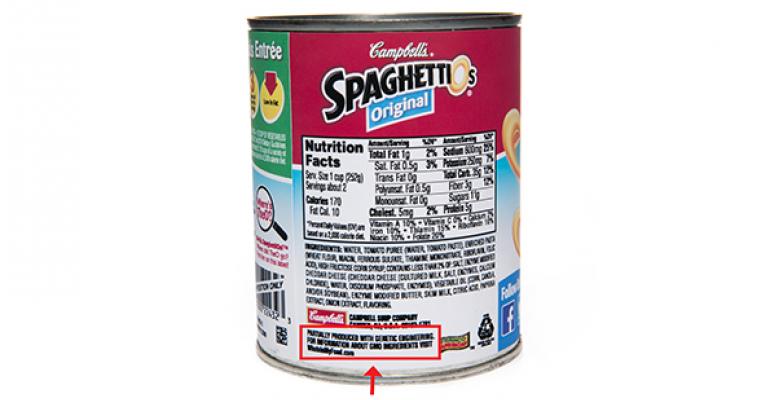 The natural industry celebrated this morning when news of Campbell Soup Co.'s commitment to label GMOs across its brand portfolio hit the wire.

Organizations ranging from the Environmental Working Group to Just Label It applauded the decision, both citing that consumers deserve information about their food, and that Campbell’s initiative will lay the foundation for a national labeling law. “Consumers simply want a factual disclosure on the package, not a warning, and we are hopeful that Congress can craft a national GMO labeling solution in the coming months,” said Just Label It in a statement.

Campbell’s announcement comes as a surprise to many, considering that the legacy CPG brand has in the past lobbied against GMO labeling. In 2012, for example, Campbell’s donated $500,000 to the “No on 37” campaign to block California’s Prop 37, a ballot initiative that would have required labeling GMO-containing foods and beverages to be sold in the state, according to Ballotpedia.

But it’s clear that Campbell's now understands shoppers weigh food transparency and trust when making purchasing decisions. Here’s what we can learn from Campbell’s announcement.

1. Businesses are more nimble than government

CEO Denise Morrison agrees that a national, mandatory GMO labeling solution is best to prevent a patchwork of individual labeling state laws. But the federal government is a slow-moving behemoth that frequently appeases lobbying groups. (Consider the new dietary guidelines, which don’t even recommend reduced meat consumption for environmental concerns).

So with sluggish national change, the food revolution will grow fastest at a brand level.

As EPIC Provisions, the sustainable meat-snack company that was recently acquired by General Mills, says, it takes courage to change the world. Indeed, Campbell's is incurring risk by labeling its products as containing “genetically engineered ingredients.” While it’s not a warning, consumers may have adverse reactions to the term.

It takes bravery to be the first CPG to pledge GMO labeling across all brands. Campbell’s will serve as a litmus test for the rest of the industry to see how conventional consumers respond. And that takes guts.

For a company that inherited such a wide breadth of conventional brands like Pepperidge Farm and Swanson Broth, GMO labeling is a huge step in the right direction to improve transparency for these products. But labeling isn’t the final step of the food revolution. Rather, it’s just the beginning.

In order to truly win the heart of the natural industry, Campbell's should continue to innovate on regenerative business practices, support organic farming, improve welfare of livestock, pioneer compostable packaging and more. It's a big company. While even small changes make a sizeable impact, Campbell's should dream big, too.