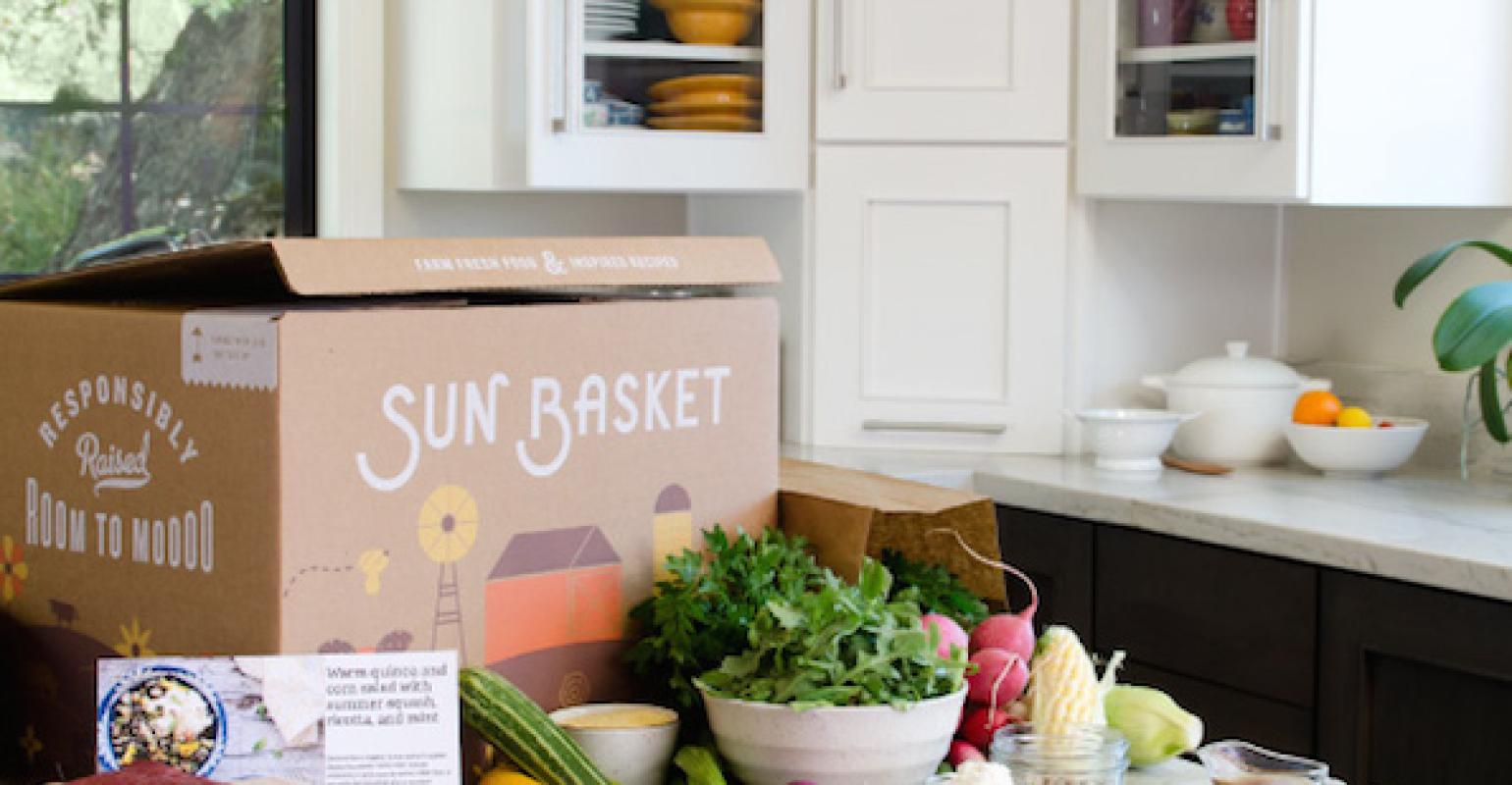 It's survival of the fittest for the slew of new meal kit delivery services breaking onto the food scene. Some companies are standing out—and gaining consumer confidence and trust—with sustainable packaging solutions.

Whether we're reminded by Michael Pollan emboldening us to cook in his new Netflix series, Cooked, or food bloggers gently whispering from their Instagram feeds, in order to be a high-functioning adult today, one must cook beautiful food.

But as author Elizabeth Dunn once wrote, as much as magazines, cookbooks and foodie TV shows and websites try to convince us, cooking is often neither quick nor easy. "Tonight, I can order excellent pad thai from my phone in under a minute. Or, I can find a recipe for 'easy' pad thai, run—literally, run—to the grocery store at lunch, hope that grocery store sells fish sauce, then spend 40 minutes making the dish and 20 minutes cleaning up," she says in The Atlantic.

Meal kit delivery services target the tension between consumers’ desire for good food fast by negating the need to go to the grocery store at all. Rather, they make it truly simple to craft a craveable, colorful dish worthy of being flaunted on social media.

Meal kit companies are launching on a near monthly basis to capture a segment of the market, which some say has potential to poach the $783 billion restaurant industry (sales projected for 2016, according to the National Restaurant Association) and the $600-plus billion grocery industry.

"It’s an extremely large market," says Adam Zbar, CEO of Sun Basket, a meal kit delivery company that focuses on organic and healthy options. "But I don’t think you’re going to see 150 players [in the future]. You’re going to see five to 10. The reason why is that you have to get scale in this business in order to profit." Zbar adds that he expects to see a consolidation of the myriad meal kit brands, with ones that specialize in different diets or food values rising to the top, such as affordable, vegan, gourmet, healthy, etc.

Sun Basket thinks it's primed to survive this increasingly fierce, competitive environment, partly due to the brand’s recent innovations in sustainable packaging.

Packaging has been a point of contention for many meal kit service users. A recent article in Buzzfeed depicts the enormous amount of plastic (and paper and ice-pack gel and foil insulation) left over after a Blue Apron meal kit. Most of the packaging, such as the little plastic baggies containing a modicum of sauce or butter, are tough to recycle. Multiply this waste by Blue Apron’s estimated 8 million meals provided per month and you get a mountain of plastic one-time-use trash.

Mindful of the packaging dilemma, Sun Basket initially allowed users to ship the delivery box back to the company for reuse. But, says Tyler MacNiven, head of user experience for Sun Basket, only about 10 percent of consumers were shipping boxes back to the company. "Since then we set out on a quest to come out with the first truly recyclable and compostable box," says MacNiven. "I worked closely with recycling facilities, processors and various recycling organizations around the nation to come up with a totally recyclable and compostable solution."

Sun Basket’s box is now a model of sustainability.

It contains recycled and recyclable cardboard, insulation made from recycled water bottles (which can be placed in a curbside recycling bin), compostable produce bags and containers that can break down in a backyard or municipal processor, and plastic bags made with No. 4 low-density polyethylene (which, if your curbside pick-up doesn't allow, you can drop off for recycling, ironically, at some grocery stores). Instead of toxic fluid, freezer packs are made with a gel of 98 percent water and 2 percent non-GMO cotton.

There may, however, be a way to lessen waste associated with meal kits even more. FreshRealm is making waves in this fledgling industry with a specialized, refrigerated box made of sturdy polyurethane that arrives pre-labeled for FedEx to ship it back to the company. This meal kit company offers dozens of meals, along with snacks like pre-cut fruit and veggies, cold-pressed juices and even refrigerated baby food from HPP brand, Once Upon A Farm. But recognizing the need for a sustainable solution for meal kit packaging, FreshRealm has identified another business model: offering its boxes to its rivals, such as Terra’s Kitchen.

"FreshRealm has made its box a central selling point of its delivery service," the New York Times reports. “But it has also started providing its box system to competitors as part of a bundle of services that includes prepped ingredients supplied by a sister company, the Renaissance Food Group.”

While the industry was hatched by independent entrepreneurs, now big players are jiving for a slice of the (pre-packaged, refrigerated) pie. In May, Amazon announced it would launch a meal kit delivery service in partnership with food titan Tyson Foods. Martha Stewart recently partnered with Marley Spoon (now called Martha & Marley Spoon) to launch a meal kit model that dips into the thousands of recipes owned by Sequential Brands Group, the company that bought Martha Stewart Living Omnimedia. And family meal maker Catherine McCord, owner of the Weelicious brand (that includes cookbooks, social media and a well-trafficked website), just launched One Potato, a service targeted at busy families.

Why enter this increasingly crowded industry? "The concept of meal kit delivery only began a few years ago, but it’s already changing the way people cook and eat," McCord explains. “One Potato specifically fills the void for families by offering organic food with recipes and pricing specifically geared towards families, the way they live and eat."

Sales across the space have spiked—which is expected, due to meal kits' newness. But even after adjusting for this zero-to-sixty growth, business is looking good. "We went from 10 employees to now 400 employees," says Sun Basket’s Zbar. "We’ve grown hugely."

Unboxed: 5 products that make baking easy or help consumers skip it all together
Sep 01, 2020