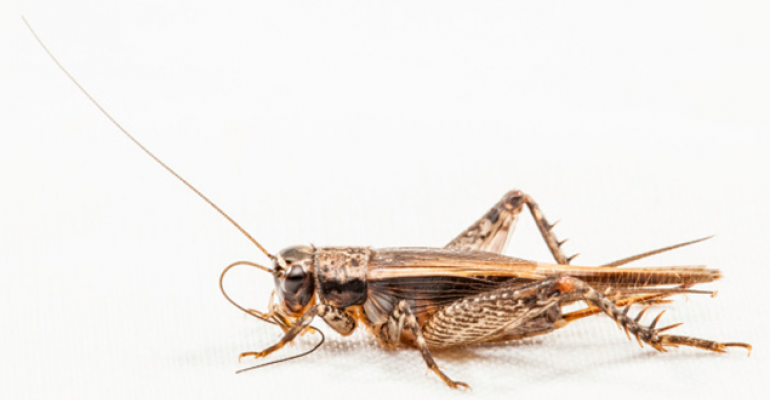 Delicious Living magazine, a product of New Hope Natural Media, asked its readers whether they&#39;d ever try products made with insect protein&mdash;in energy bar or flour form. The results were polarizing.

Last month, Delicious Living asked readers to share their two cents on a hot-button topic in the world of sustainability: Would you ever eat bugs (in the form of energy bars, protein powders, and/or baking flours)?

On paper, the argument for insect-based protein is compelling: Insect farming uses only a tenth of the water it takes to produce the same amount of beef protein, and one pound of insect protein can be produced with only two pounds of feed. In comparison, it takes eight pounds of feed to produce one pound of beef. A United Nations report also emphasizes that nutrition is on the side of insects, too: They're packed with protein, vitamins, fiber, and minerals.

Cricket-flour protein bar companies like Exo and Chapul are already championing the edible-insect revolution. But is this really the future of food, or is getting the general populace to eat bugs just too much to ask?

Here's what readers had to say: 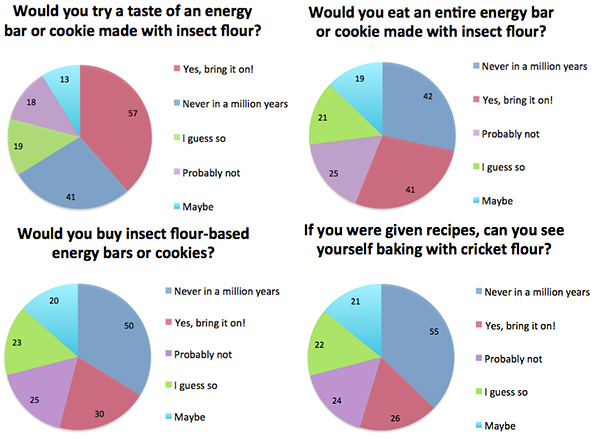 The above charts show consumer responses before reading the article's talking points—and if these numbers are anything to go by, there isn't much middle ground. Either readers were totally onboard ("Yes, bring it on!") or completely against the idea ("Never in a million years"). It seems most are willing to at least try a bite of a protein bar made with insect flour, but "Never in a million years" was the top response to every other question. Still, "Yes, bring it on!" is right behind it in second place. "Maybe" was the least-voted response overall. No ambivalence here.

We repeated the same questions after the article, but the responses were just as polarized. "I guess so" moved up above "Probably not" for the second and third questions, which indicates a slight change in consumer willingness to try insect-flour products at some point. Otherwise, it seems the majority remain unmoved ... once again, the response was either a resounding "Yes" or "No." 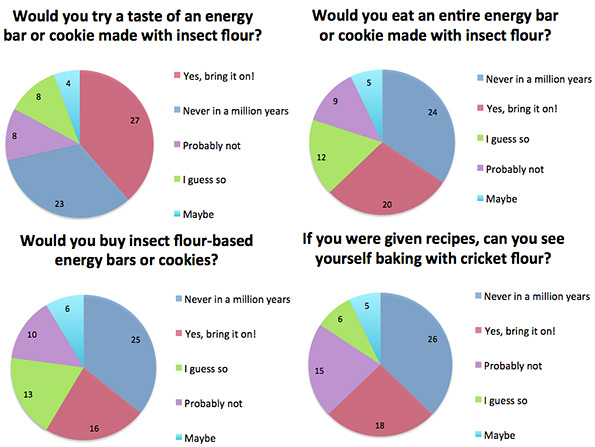 Comments from the cricket gallery

Perhaps the most colorful feedback we received while circulating this poll came in the form of written comments. Here are some of my personal favorites:

What do you think would it take to change the way people feel about insect protein as a food source? Sound off in the comments below.