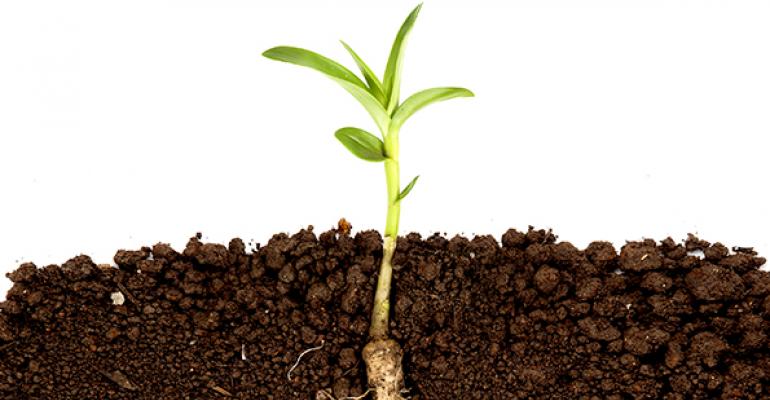 A growing number of industry voices say that focusing on fixing the soil will not only improve the food system but also address climate issues.

On Oct. 21, 2002, a New York Times editorial proclaimed: “Today marks a milestone in American farming.” The newspaper lauded the long-awaited implementation of the U.S. Department of Agriculture’s National Organic Program (NOP), which defined the word organic and established—for the first time—who could and could not use it legally. The real value of the program, the Times argued, was not in any added health benefit of organic food itself (that had yet to be scientifically validated), but rather in its emphasis on soil preservation. “In an organic system … the soil grows richer and richer, more and more fertile. It does not blow or wash away,” the editorial explained. “Buying organic food is a way to support the health of the soil itself. For that alone, it deserves our support.”

Fast-forward 13 years and organic has no doubt been a success. Sales of products emblazoned with the USDA Organic seal soared to $39 billion in 2014, up 11 percent, according to the Organic Trade Association. But with that success, and the accompanying influx of industrial-scale organic producers, has come concern that the NOP, while an important step forward, does not go far enough to achieve that foundational mission. “I am a huge fan of organic, but unfortunately, the National Organic Program is not sufficiently focused on soil health,” says industry veteran Tom Newmark, whose former co 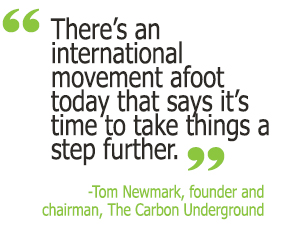 mpany, New Chapter, was the first supplement brand to obtain the organic seal. “There is an international movement afoot today that says it’s time to take things a step further.”

Newmark is among a growing number of vocal advocates for so-called “regenerative agriculture,” a catchall phrase describing farming systems that not only protect existing soil from prohibited chemicals and other inputs (as the NOP does) but also promote soil generation. Advocates say abundant, healthy soil—which can act as a carbon sink—is a key but oft-overlooked solution to addressing global climate change. Some farmers take the term regeneration a step further, seeing it as their obligation to regenerate not just the soil and the forests that spring from it, but also the communities that rely on it and—in the case of Biodynamic agriculture—the “life force” within in it.

While some organic farmers are indeed regenerative farmers, Newmark says many are not. He argues that, although legal under NOP, the heavy tilling, monocropping, use of nonorganic chemicals and other practices some large-scale industrial organic operations rely on are hardly good for the soil.

To acknowledge those dedicated to regenerative farming and to encourage others to follow suit, advocates say the time has come to recognize the distinction with new phrases—and new labels. “I am not indicting any aspect of organic, but as with anything in life, improvement should be the goal,” says Michael Bisancon, an industry advisor who served as a Whole Foods Market executive for 18 years before retiring three years ago. “Regenerative organic agriculture is about raising the bar.”

In June, scientists, business owners and farmers from 21 nations gathered at Newmark’s Biodynamic farm in Costa Rica for the inaugural Regenerative International Conference. The key message they took home: It’s time for climate-change activists and the organic industry to come together.

“There is new science making it more and more clear that by fixing the soil and fixing the way we produce food, we can fix the climate as well,” says Ronnie Cummins, director of the Organic Consumers Association, who attended the conference.

Over the last century, research suggests more than one-third of the world’s topsoil has been destroyed through erosion and soil-degrading farming practices. That’s a problem for the environment for two reasons, says Newmark: When soil degrades, it emits CO2 into the atmosphere, contributing to global warming; meanwhile, humus—the rich soil that results from the decaying of organic matter—soaks up CO2. “Every pound of carbon in the soil, when it is released through deep, repeated tilling of soil, the application of synthetic nitrogen fertilizer, overgrazing or other forms of agricultural malpractice, gets converted to 3.67 pounds of CO2 in the atmosphere,” Newmark says. “The good news is that just as quickly as it can be released into the atmosphere, it can be drawn down and put back into the soil.”

In fact, according to a recent white paper by the Rodale Institute, if all farmland—organic and conventional—were converted to a regenerative model (using things like low- or no-tillage farming and cover crops to provide groundcover during the off-season), it would sequester 40 percent of annual CO2 emissions. If all pastureland were managed in a regenerative manner (with animals grazing more like they do in nature), another 71 percent could be sequestered, leading to a “negative emissions scenario,” the report states.

“Up until now, we have completely failed to recognize soil as the powerful carbon sink that it is,” Newmark says.

The rise of Biodynamic agriculture

One form of regenerative organic agriculture, Biodynamic agriculture, has been around since 1924, when farmer-philosopher Rudolf Steiner (founder of the Waldorf School) presented the idea of the farm as a “living organism” as a counterpoint to the emerging idea of farm as factory. This ethos has flourished in Europe for decades, with more than 5,000 products across the pond now boasting the Demeter-certified Biodynamic seal. But only in the past few years has Biodynamic taken off in the U.S. “The interest right now is unprecedented,” says Jim Fullmer, codirector of Demeter USA.

In 2013, Whole Foods Market publicly embraced Biodynamic agriculture, proclaiming in a blog post that “pushing the Biodynamic segment is the logical next step in sustainability. Now that we have made Organics and Non-GMO household names, we are creating a niche for Biodynamic products.”

Today, the retail giant hosts a range of Demeter-certified products, ranging from Biodynamic sugar and flour to Biodynamic tomato sauce. Lundberg Family Farms, Amy’s Kitchen and Guayakí Brand Yerba Mate now all have certified Biodynamic products. An estimated 70 vineyards and wineries and about 20 other companies also have products in the national marketplace. And according to Demeter, 15,144 acres of U.S. farmland are certified Biodynamic, a number that is growing about 10 percent per year.

Beyond organic: The rise of regenerative agriculture @nfm_mag

To obtain Demeter certification, a farm must first be certified USDA Organic. But on top of that, it must also meet a long list of requirements aimed at treating the farm as an “interconnected whole” minimally dependent on outside inputs, where the waste from one part of the farm provides energy for another. Biodynamic farms must set aside 10 percent of their land for biodiversity conservation and host animals, which provide manure for crops. The standard also requires farmers to use holistic preparations to regenerate the soil, including ground-up quartz and female cow manure that is placed in a horn and buried for the winter. Many Biodynamic farmers also time their agricultural practices around the lunar cycles.

“Our role here is not to be antagonistic to the organic movement at all,” Fullmer insists. “We all come out of the organic movement. But it has evolved into lists of materials that are allowed and not allowed. For some farmers, that is not enough. The box that the organic standard puts them in doesn’t fully represent what they are doing and doesn’t differentiate them from huge organic industrial farms.”

Another story to tell

David Karr, cofounder of Guayakí, says that in some cases the USDA Organic logo can actually be a marketing liability. “There is a lot of stigma that comes with organic,” he says. “It leaves out a lot of the practices that are dear and important to our model and vision and lumps us into the same playing field as Big Organic, which engages in practices we don’t necessarily agree with.”

Organic Consumers Association’s Cummins agrees: “Most organic producers are doing things in the spirit of the law, but some big ones, especially in the case of poultry or dairy, are gaming the system.”

Guayakí recently removed the USDA Organic Seal from the front of its packaging, placing it on the back alongside numerous other labels that illustrate its commitment to fair trade, animal welfare and other causes. Front and center on Guayakí’s website is the company’s mission to restore 200,000 acres of rainforest and create 1,000 living-wage jobs by 2020 via what it calls “Market Driven Restoration.” It also alerts customers that the purchase of one pound of loose Guayakí Yerba Mate reduces atmospheric CO2 by 573 grams. “Organic is one of many pillars for us,” Karr says. “But it is not by any stretch the only one or the most important one.”

Organic Trade Association CEO Laura Batcha was not available for an interview for this story. But in a prepared statement, she stressed that organic is “the most heavily regulated and closely monitored food system in the United States” and “unique from all other eco-labels because of the strict and transparent set of federal regulations that stand behind it.” She continued, “The foundation of organic farming—and of organic regulations—is maintaining and enriching the health of the soil.”

Nonetheless, many predict another label—Regenerative Organic Agriculture—will be popping up on products sold in natural products stores soon. When that happens, Cummins says he’ll likely direct consumers toward it. “It’s not a replacement for organic,” he says. “It is the next stage.”

Bisancon, who now advises companies and nonprofits interested in regenerative agriculture, believes that, ultimately, this could be precisely what struggling independent retailers need as they’re trying stay afloat in the shadow of Costco, Walmart, Safeway and other big retailers offering organic products at cut-rate prices. “If you want to survive and prosper as an independent retailer or small chain at this point,” he says, “you need another story to tell—a positive story that talks about the health of the land, the people and the planet. I believe this is it.”