HomeHealth and Nutrition ResearchGet on your feet: Americans still sit too much
Recent
Latest
4 tips to get ahead of chemical concerns in packaging
May 20, 2022
7 CBD favorites in the increasingly popular gummies format
May 20, 2022
Mission MightyMe helps parents introduce allergens to babies
May 20, 2022
UNFI's Eric Dorne to step down as chief operating officer
May 20, 2022
Trending
Whole Foods' honors 30 companies with 10th annual Supplier Awards
May 18, 2022
Getting ready for 2023: Trends for brands to consider
May 17, 2022
Sponsored Content
The rise of sustainable business – eGuide
Sponsored Content
Natural beauty market trends
Jun 16, 2021

Get on your feet: Americans still sit too much 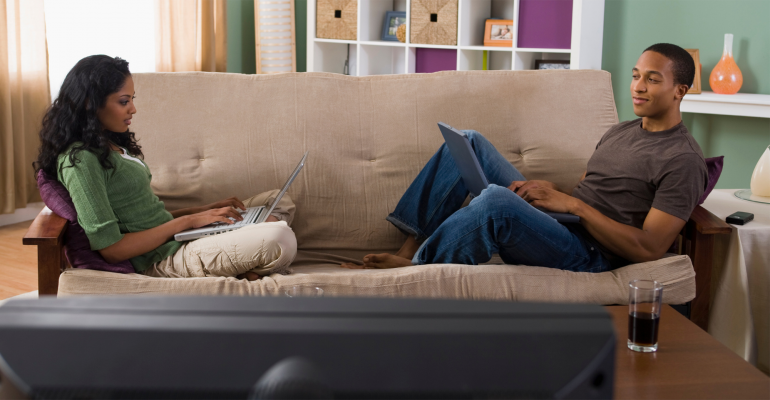 More people of all ages are using computers for longer periods outside of school or work, new study shows.

Prolonged sitting continues to be prevalent among Americans, despite public health messages that such inactivity increases the risk of obesity, diabetes, heart disease and certain cancers, according to a new study from Washington University School of Medicine in St. Louis.

Trends in Sedentary Behavior Among the US Population, 2001-2016 was published Tuesday in the Journal of the American Medical Association. Unlike previous research, the study specifies the amount of time Americans spend sitting, researchers said.

Researchers analyzed surveys of 51,896 people from 2001 to 2016 to track trends of sitting in front of TVs and computers, as well as the total amount of time spent sitting daily.

Total daily sitting time increased among adolescents and adults from 2007 to 2016, from seven hours per day to just over eight for teenagers, and from 5.5 hours per day to almost 6.5 for adults, researchers found.

Unlike other studies that looked at sedentary behaviors, the research is the first to document sitting in a nationally representative sample of the U.S. population across multiple age groups—from children to the elderly—and different racial and ethnic groups.

“In almost none of the groups we analyzed are the numbers going in the right direction,” said Yin Cao, the study’s senior author, who received a doctor of science degree from Harvard’s T.H. Chan School of Public Health in 2013. “We want to raise awareness about this issue on multiple levels—from individuals and families to schools, employers and elected officials.” Cao is an epidemiologist and assistant professor of surgery in the Division of Public Health Sciences at Washington University. 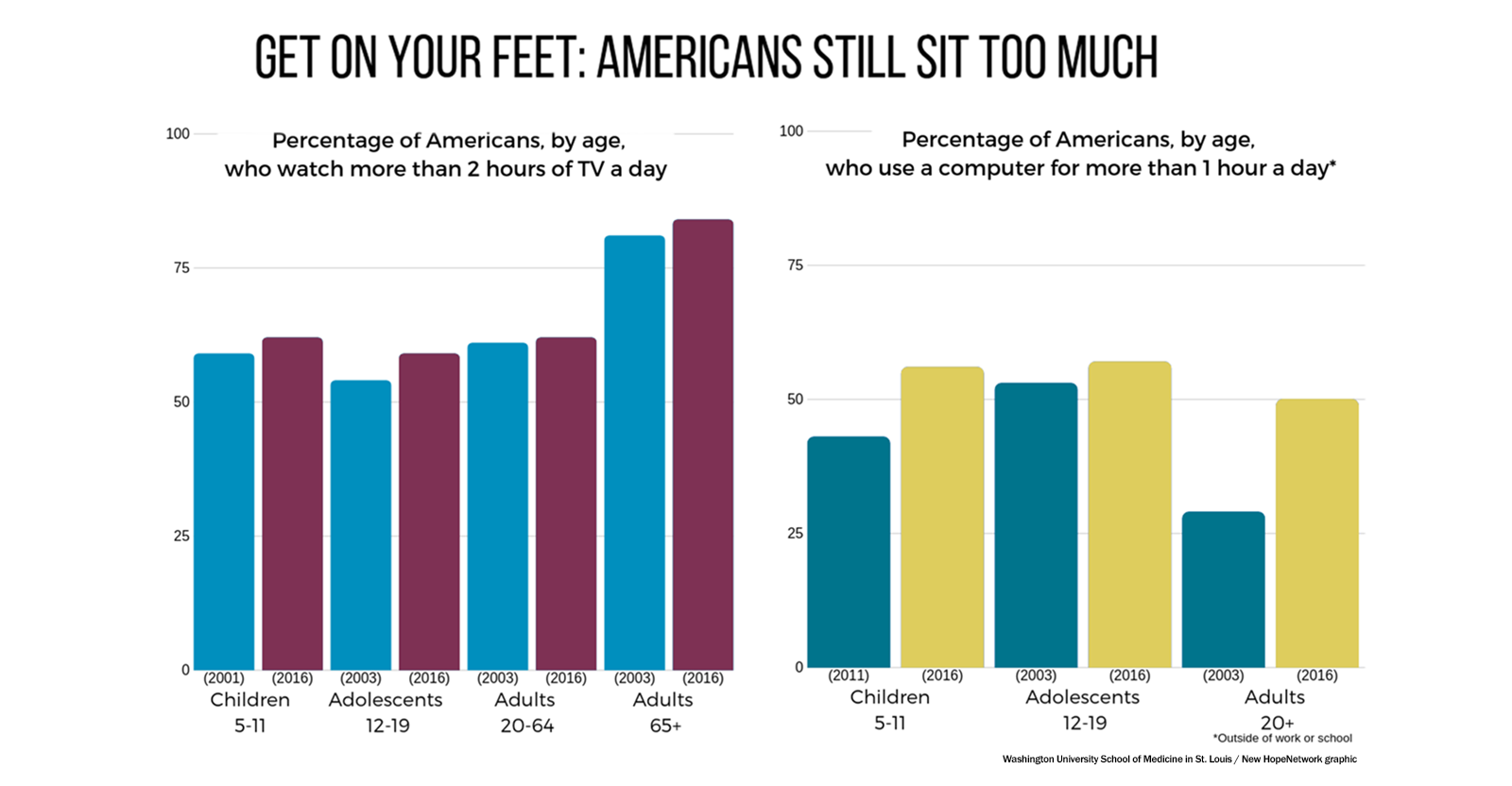 With data from the National Health and Nutrition Examination Survey, researchers looked at four age groups: children 5 to 11; adolescents 12 to 19; adults 20 to 64; and adults 65 and older. Parents completed the surveys for the children who participated. Data on children was gathered from 2001-2016, while information on the other age groups was collected from 2003-2016. 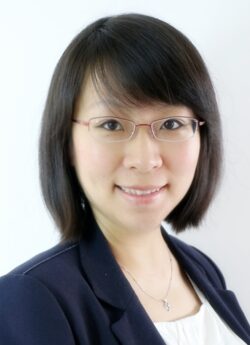 “Until now, we haven’t had data demonstrating the amount of time most Americans spend sitting watching TV or doing other sedentary activities,” Cao said. “Now that we have a baseline—on population level and for different age groups—we can look at trends over time and see whether different interventions or public health initiatives are effective in reducing the time spent sitting and nudging people toward more active behaviors.”

Across all age groups, 28%-38% of those surveyed spent at least three hours per day watching television or videos, and 13%-23% spent four hours or more.

Over the course of the study, television time remained fairly steady for most age groups; only the percentage of adults over 65 increased—3.5%.

Importantly, males of all age groups, non-Hispanic black individuals of all age groups and participants who reported being obese or physically inactive were more likely to spend more time sitting to watch televisions or videos compared to their counterparts.

At least half of individuals across all age groups used a computer during leisure time for more than one hour per day in 2015-2016. And up to a quarter of the U.S. population used computers outside of work and school for three hours or more.

“We think a lot of these sedentary habits are formed early, so if we can make changes that help children be more active, it could pay off in the future, both for children as they grow to adulthood and for future health-care spending,” said epidemiologist and co-senior author Dr. Graham A. Colditz, director of the Division of Public Health Sciences at the medical school and the Niess-Gain Professor of Surgery.

“How we create public policies or promote social change that supports less sitting is unclear and likely to be complicated,” Colditz said. “If a neighborhood in a disadvantaged community is unsafe, for example, parents can’t just send their kids outside to play. Our environments—the way our cities, our school days and working days are designed—play roles in this behavior that are difficult to change. But at least now, we have a baseline from which to measure whether specific changes are having an impact.”

Contrary to his speculation, though, a 2018 study found that children in urban areas are not more obese than those who live in suburban or rural locations. Using the same National Health and Nutrition Examination Surveys for 2001-2016 to look at 6,863 children and adolescents (ages 2 to 19), researchers found that severe obesity was higher in rural areas than in large cities, 9.4% to 5.1%.