Major study finds a reduced risk of cancer by eating organic food: Will it make a difference? 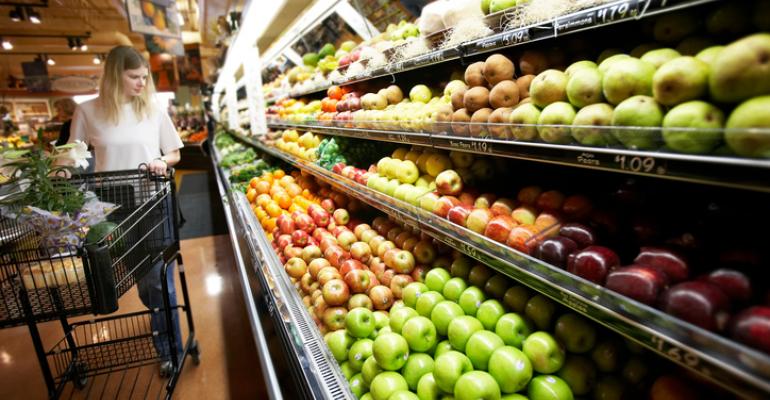 A study published in the Journal of the American Medical Association looked at 70,000 subjects and found a 25 percent drop in cancer diagnoses for people who eat organic. New Hope Network writers and editors, however, aren't sure what the effect on consumers will be.

The natural products industry can point to any number of studies supporting the health benefits of eating organic, but they can rarely point to a number as big as 70,000. That’s how many subjects were recruited in a study published this week in the Journal of the American Medical Association Internal Medicine.

When a study of this size declares that consuming organic foods reduces cancer diagnoses by 25 percent, that’s an even better number to celebrate.

But how far that number resonates beyond the natural products industry, and what the effects on consumer behavior might be, cannot be reduced to a number. That would be a matter of opinion and perspective.

And the New Hope Network content Team has plenty of both:

“I think the most positive thing to come out of this research is that there is now more science-backed evidence that choosing organic foods is linked to positive personal health outcomes. It can be notoriously hard to get consumer buy in to a cause that doesn’t clearly and directly impact that consumer, which is why championing organic based on agricultural and environmental reasons has been an uphill battle, unfortunately. With this new study, health professionals, caregivers and consumers have more reason to believe that small exposures to synthetic fertilizers and pesticides add up over time and have negative health implications, and even more reason to champion and choose organic.”

"This study is great news and a much-deserved vindication for the natural products industry.

But it raises a question for consumers: How many reasons are enough reasons to go organic?

With Americans widely ignoring the benefits for the planet, for farmers and for health conditions far beyond cancer—a report earlier this year from Packaged Facts found that only 30 percent of  grocery shoppers seek out organic or natural foods—I’m not convinced that news of a 25 percent drop in cancer risk is going to be the tipping point for enough people."

What the study leaves out? Your health may be the most compelling reason to purchase organic food. But it’s not the only reason. Organic builds soil health, promotes biodiversity and reduces fertilizer runoff in our shared waterways—benefits that bolster communities surrounding organic farms, too."

"A 25 percent reduction in just five years is shocking; I’m not sure anyone would have guessed that. It will be interesting to see both the follow-up studies and the backlash to this study—questions about the accuracy of self-reporting and the other lifestyle elements that affect the outcome. Even so, it stands to reason that reducing exposure to known carcinogens reduces the incidents of cancer. I’m very happy to see this work being done. Now let’s dig into the believed health positives of the increased micronutrient density of organically grown produce."

"We can file these study results under: Blockbuster.

And also under: Day late and a dollar short?

Face it, the organic interests completely blew the opportunity to sell organic as a healthier option – for people and the planet. That’s why today organic products make up only about 5% of all foods. That’s a hair higher than a rounding error.

Worse, core natural products shoppers – you know, big-time organic aficionados – have gone beyond organic. Whole Foods Market helped them along with its recent scoring system, of which “organic” was only one of the metrics denoting better food. “Local” now arguably has greater sway than organic. And “non-GMO” may have even lapped organic at this point.

It shouldn’t have been this way. So, maybe this study, if sufficiently ballyhooed, could inch up organic foodstuffs a percentage point higher. That would be nice. It would’ve been nicer still had this study been funded and released, oh, maybe 15 or 20 years ago.

Day late and a dollar short. Even for a blockbuster."

Organic and plant-based are powerhouse combo for the planet
Feb 22, 2018