HomeHealth and Nutrition ResearchResearchers pile on the evidence: Eat your greens (and blues)
Recent
Latest
4 tips to get ahead of chemical concerns in packaging
May 20, 2022
7 CBD favorites in the increasingly popular gummies format
May 20, 2022
Mission MightyMe helps parents introduce allergens to babies
May 20, 2022
UNFI's Eric Dorne to step down as chief operating officer
May 20, 2022
Trending
Whole Foods' honors 30 companies with 10th annual Supplier Awards
May 18, 2022
Getting ready for 2023: Trends for brands to consider
May 17, 2022
Sponsored Content
The rise of sustainable business – eGuide
Sponsored Content
Natural beauty market trends
Jun 16, 2021

Researchers pile on the evidence: Eat your greens (and blues) 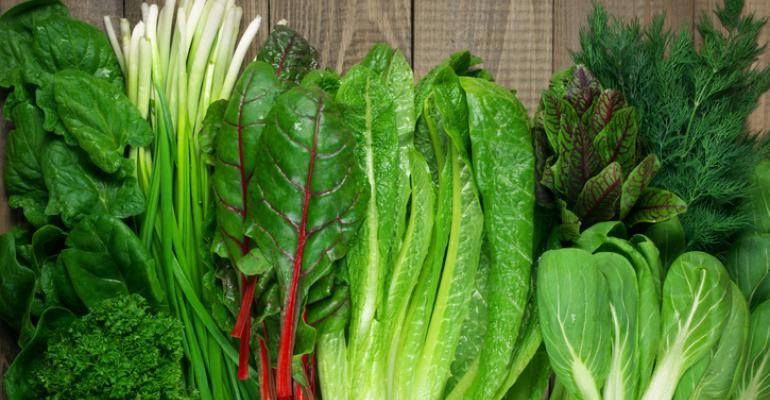 A handful of new research studies point to potential health benefits from plants. Here's a look at a few of them.

Plant-based and plant-centric diets have been big buzzwords lately, and a string of new research will bolster not only people who’ve followed those trends, but anyone interested in tapping the benefits of plants through even just a few extra servings of them. Here, we explore some of the most interesting recent studies, and their takeaways, that you might want to know about.

Swapping plant proteins for animal proteins, for just one or two servings a day, could lead to a small reduction (about 5 percent) in three main cholesterol markers, helping with cardiovascular disease prevention, a recent study published in the Journal of the American Heart Association suggests. What’s more: you may be able to boost those health benefits by combining the plant proteins—i.e. soy, nuts and pulses like beans and lentils—with other foods known to lower cholesterol, such as high-fiber oats and plant sterols.

“That may not sound like much, but because people in North America eat very little plant protein, there is a real opportunity here to make some small changes to our diets and realize the health benefits,” said lead author John Sievenpiper with St. Michael’s Hospital in Toronto.

Researchers showed, again, that mom was right about eating those greens. Turns out it may pay off particularly as you age, according to a recent study in the American Academy of Neurology’s medical journal Neurology. The research team found that people who ate at least one serving of leafy greens a day had a slower rate of decline on memory and thinking tests than people who never or rarely ate these vegetables—with the difference comparable to being 11 years younger in age, according to study author Martha Clare Morris of Chicago’s Rush University Medical Center.

The study followed nearly 1,000 people with an average age of 81 who did not have dementia. Over 10 years of follow-up, the rate of decline for people who ate the most leafy greens was slower by 0.05 standardized units per year than for those who ate the least. “Adding a daily serving of green, leafy vegetables to your diet may be a simple way to foster your brain health,” said Morris. “Projections show sharp increases in the percentage of people with dementia as the oldest age groups continue to grow in number, so effective strategies to prevent dementia are critical.”

And then to back up the eat-your-colors advice, another study published in the Journal of Agricultural and Food Chemistry tested the potential of vinegar made from blueberries for improving cognitive function in people affected with Alzheimer’s disease. The theory was that because blueberries are packed with bioactive compounds, and fermentation can boost the bioactivity of some compounds, then a fermented blueberry product might help to stop the breakdown of acetylcholine, a signalling compound found in lower levels in the brains of people with Alzheimer’s.

The study, conducted in mice, found that the fermented product could restore cognitive function in mice. Further testing is clearly needed, but the researchers say that their study points to the possibility that blueberry vinegar may be a promising food to help treat cognitive decline related to aging.

How to disrupt the plant-based foods marketplace
Oct 21, 2017