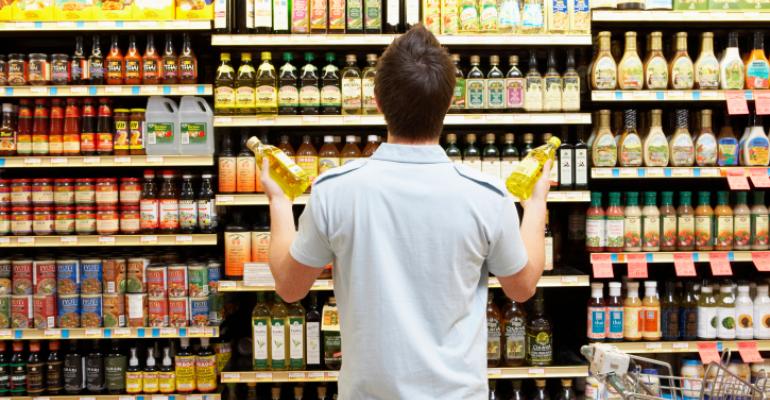 New hummus, olive oils and yogurts appeal to fans of this way of eating that&#39;s increasingly supported by health research.

As scientific evidence continues to pour out in support of the health benefits of the Mediterranean diet, demand for foods that fit the bill continues to grow. Cookbooks are coming out by the day to help people cook Mediterranean-style menus at home, but brands are also catering to the convenience factor and introducing more packaged foods that also qualify.

Sales of hummus have been skyrocketing--to the point that they are converting tobacco farmers to chickpea farmers--and new flavors and entirely new brands seem to creep onto store shelves every week. The hummus trend is so strong that brands are using the name on products, from white bean dip to edamame puree, that have little to do with authentic hummus other than texture.

Data from Progressive Grocer shows that the more than $1 billion snack-spread-dip-dairy category posted more than 9 percent dollar growth for 2010 and 2011; much of that growth can be attributed to the explosion in hummus and Greek yogurt as well as the various snacks and dip products using these two products as key ingredients.

It's not just the hummus boom. The strong growth in Greek yogurt and even olive oil can be attributed to the health craze around the Mediterranean diet, which is inspiring other packaged foods as well. Many retailers have more than a few options of frozen or refrigerated falafel alone, and that, in turn, opens up opportunities for more products that can be served with falafel, such as new types of pita or condiment options like tahini- or yogurt-based sauces. New olive oil brands and olive-based products make their way into more stores all the time; Gaea, for example, will soon release an olive oil in an ultra-protective bottle, as well as a line of flavored olive oils.

And from roasted chickpeas to falafel chips, the snack aisle is also filling up with Mediterranean-themed items. Kroger stores are now selling Mediterra bars, which claim to be the first nutrition bars based on the Mediterranean diet.

With no official label or certification declaring a food as part of the Mediterranean diet, it's perhaps a greater accomplishment that these foods are on the rise. Oldways, a nonprofit focused on promoting health through traditional foods and diets, may take the credit for part of this growth; the organization developed the Mediterranean Diet Pyramid in 1993 and has done a lot of work to promote the health of the diet associated with the region.

“Back then, olive oil was mainly an ethnic product. Not long after the introduction of the Mediterranean Diet Pyramid, a leading health organization wrote, ‘Americans will never embrace olive oil; they'll just think they need to pour it on French fries!’ How wrong they were,” said Sara Baer-Sinnott, president of Oldways. “Since its introduction in 1993, consumers, educators and health professionals have used the Mediterranean Diet Pyramid to understand and implement healthier eating habits.”

She added, “Foods like sun-dried tomatoes, pita bread, and Greek yogurt were virtually unknown back in 1993, but Med diet foods like these are now household favorites.”