HomeHealth and Nutrition ResearchGeneral Mills' Again campaign raises the question: Do CPGs get a second chance at trust?
Recent
Latest
4 tips to get ahead of chemical concerns in packaging
May 20, 2022
7 CBD favorites in the increasingly popular gummies format
May 20, 2022
Mission MightyMe helps parents introduce allergens to babies
May 20, 2022
UNFI's Eric Dorne to step down as chief operating officer
May 20, 2022
Trending
Whole Foods' honors 30 companies with 10th annual Supplier Awards
May 18, 2022
Sponsored Content
The rise of sustainable business – eGuide
Sponsored Content
Getting ready for 2023: Trends for brands to consider
May 17, 2022
Sponsored Content
Unboxed: 7 plant-forward ice creams to stock this summer
May 10, 2022

General Mills' Again campaign raises the question: Do CPGs get a second chance at trust? 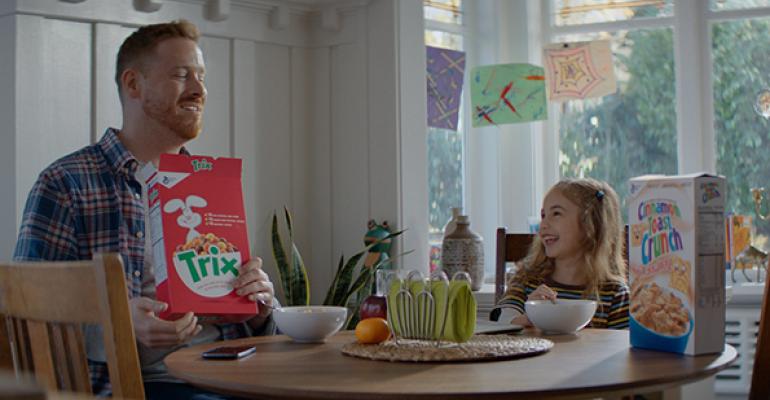 As more and more mass-market companies reformulate and adjust their practices, authenticity takes center stage. The question then becomes: What does it really take to become a trustable brand?&nbsp;

Lately, it seems like nearly every big CPG is reformulating—or coming out with “better-for-you” options. Removing problem ingredients from their products is a positive step, but it’s also an indirect way of admitting to wrongdoing. And what happens when you come clean about doing something “wrong”? Do you get a do-over?

The problem is not necessarily that consumers will view everything you do from here on out negatively (we all make mistakes), but that your subsequent actions don’t always seem authentically good or natural. Are these companies changing their practices to do the right thing—or are they just trying to right their wrongs for the sake of profits?

This came to mind most recently when the first wave of General Mills cereals free from artificial colors and flavors hit store shelves, and with the launch of its catchy ad campaign to accompany the revamped products. The food powerhouse is keeping the promise it made last June to reformulate.

That’s right—Trix, Reese's Puffs, Cocoa Puffs, Golden Grahams, Chocolate Cheerios, Frosted Cheerios and Fruity Cheerios are all free from artificial colors and flavors now—so you can love cereal again! Or, at least that’s what General Mills claims in the new ad campaign, “Again,” that is dripping with—albeit contrived—nostalgia (I challenge you to try watching it without getting a whimsical smile as you recall riding your favorite rollercoaster again and again at the local theme park before it was bought by some corporation that took away the OG Mister Twister and the park's name).

Ironically, it was these types of bright, punchy colors and over-the-top flavors that once earned consumer trust. Large food companies used hefty advertising and R&D budgets to create both the demand and the supply for these types of artificial products; the same holds true for beauty companies delivering a rich lather thanks to sulfates, or a minty fresh taste with the help of chemical flavors.

But now, demand is changing. It’s no secret that there has been a consumer awakening—one that is driving growth of the natural and organic products industry due to a more critical eye being placed on everyday products. The natural products industry is slated to grow to $226 billion by 2018—two and a half times the expected growth rate of mainstream consumer packaged goods—according to Nutrition Business Journal.

It has led to impressive numbers of new brands cropping up in the space—and large old ones scrambling to reposition or reformulate as they experience significant hits to their bottom lines. They’re cutting costs, losing market share and making layoffs.

So, General Mills and others are catching on. Tug at our heartstrings and get back to basics with ingredients (kind of—I could get into the copious amounts of sugar, America’s favorite legal crack, in the products, but I won't). Smart. But, enough?

Our Senior Food Editor Jenna Blumenfeld has commented on conventional brands adopting natural industry values. She, like many of us, is skeptical: “Theoretically we should laud McDonald's and Cheerios for implementing natural industry morals. But doing so merely as a perfunctory obligation to maintain sales? I don't think so,” she wrote.

Both pieces allude to something very important: Even natural can be fake, whether in values or of ingredients. I agree. But I also commend any brand stepping up to the plate, acknowledging that it’s time to adjust, for whatever reason (even if it’s profits), and getting it done. However, with so many other options out there that have been doing it right for so many years, why stick with this one that is suddenly making a change now, years and years after research has proved that healthier products can make us healthier? I ask the same question whenever news hits of another reformulation.

And this isn’t just an issue facing the food industry, mind you. When Johnson & Johnson announced it would be removing a carcinogen from its No More Tears Shampoo, I was … pissed. Who puts a carcinogen in a baby shampoo in the first place? Of course, taking emotion out and inserting reason in, I concluded that, while such a shift does not represent the true ideals of the natural products industry, it can have far-reaching effects on supply chains and product development.

I do believe that any righting of a wrong that brings a better (or even less-unhealthy product) to the consumer is a good thing.

That, of course, doesn’t lend itself to consumer trust or brand authenticity. And it’s also important to note the difference between trustworthy and trustable—a concept explored by Martha Rogers, author of Extreme Trust (Portfolio, 2012).

Trustworthy means a company follows the rule of law, focuses on profit and does what it promises, but only in the most basic way. Trustable companies, however, follow the Golden Rule, to make profit but not by taking advantage of customers and do what is best for the customer, regardless of the circumstance.

Only the companies truly invested in making a difference long–term have a chance at becoming trustworthy—let alone trustable. Building natural, authentic brands from the ground up seems to provide the best shot. Yet, I am not totally discrediting the big guys that can have another chance.

As for General Mills, this is just one piece in its effort to clean up its act that includes acquisitions of some of my favorite natural brands, including Annie’s, Muir Glenn and most recently EPIC. This shows promise that the company doesn’t just want to make changes to meet consumer demand, but that it is allowing itself to be influenced by the change makers in the space, such as these awesome companies.