HomeHealth and Nutrition ResearchWatchword: GMOs
Recent
Latest
4 tips to get ahead of chemical concerns in packaging
May 20, 2022
7 CBD favorites in the increasingly popular gummies format
May 20, 2022
Mission MightyMe helps parents introduce allergens to babies
May 20, 2022
UNFI's Eric Dorne to step down as chief operating officer
May 20, 2022
Trending
Whole Foods' honors 30 companies with 10th annual Supplier Awards
May 18, 2022
Getting ready for 2023: Trends for brands to consider
May 17, 2022
Sponsored Content
The rise of sustainable business – eGuide
Sponsored Content
Unboxed: 7 plant-forward ice creams to stock this summer
May 10, 2022
Lexicon of Sustainability
brought to you by 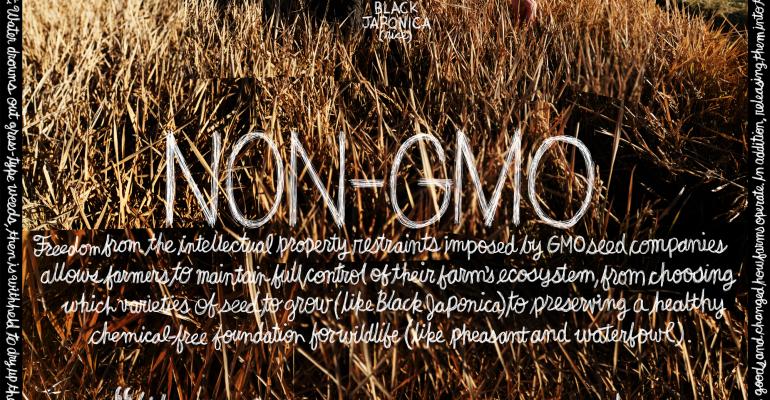 62 countries have mandatory GMO labeling. The USA does not. Why? @newhope360 @lexiconproject #foodlist

GMOs—or genetically modified organisms—are a hot button issue in America and other nations around the world. Despite the fact that they are in an overwhelming number of products we consume, GMOs have not yet been deemed safe for humans and the environment.

In America, mandatory labeling of items containing genetically engineered ingredients doesn’t exist. Moreover, farmers who choose not to plant GMO seeds may find them in their fields, blown in by the wind. While we wait for more thorough testing, one thing is clear: a large percentage of the population wants to see genetically engineered foods labeled.

This episode from The Perennial Plate tells the story of an environmental activist, Dr. Vandana Shiva, and a farmer, Bija Devi, and their fight to preserve heirloom seeds in India amidst great opposition. Dr. Vandana Shiva began the organization Navdanya to provide support for biodiversity conservation.

Megan Westgate is the founding director of the Non-GMO Project, a non-profit organization offering North America’s only third-party standard and verification program for non-GMO foods. Why is GMO labeling so important? Here's her simple answer:

When made with GMO-free ingredients, this chili cornbread redefines the term "comfort food." Make it on its own as a morning snack, or as a side to your favorite chili.

Do you make an effort to buy GMO-free foods? How important is GMO labeling to you? Tell us in the comments below, and follow us for more on GMOs throughout the week.