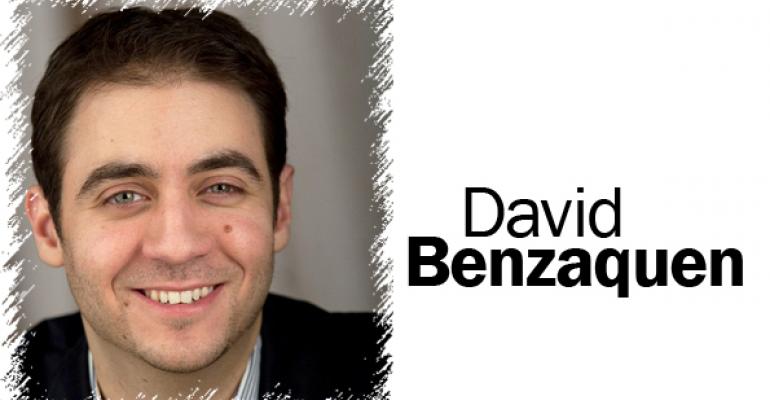 As Wall Street takes note of the impact of animal agriculture on our world, our waistlines and our wallets, does the future of business lie in plants?

On Halloween, I had the pleasure of hearing former Vice President Al Gore deliver the keynote address at the Columbia Social Enterprise Conference. Mr. Gore spoke of the financial risks associated with investing in fossil fuels that contribute to climate change. To paraphrase, Mr. Gore said that this country holds $7 trillion in sub-prime carbon assets that can never be burned if we want to avoid environmental devastation. As a result, he encouraged investors to divest from these assets before the bubble bursts.

In January of this year, NASDAQ sent out a similar clarion call regarding the future of meat. NASDAQ identifies the decline in meat consumption and growing awareness of the health and environmental implications of meat as key areas of concern for the industry. In the piece “How the Death of Meat Could Impact Your Portfolio” on NASDAQ.com, financial research firm StreetAuthority says:

“Annual per capita red meat consumption in the U.S. fell 15 percent to 101 pounds in the past 10 years, according to the U.S. Department of Agriculture. It's down by a third since the early 1970s, when per capita consumption was pushing 150 pounds per year. And the downward consumption trend could soon accelerate, with major negative implications for the meat industry.”

The article then speaks to future industry risks associated with impending dietary guidelines from the United States Department of Agriculture, which are expected to call for reduced meat consumption and an increasingly plant-based diet as ways to both benefit health and mitigate climate change. Based on this analysis and forecasting, the article has the following advice for investors:

“An unfavorable new set of USDA dietary guidelines could obviously be a huge headwind for successful meat producers like Tyson Foods, Inc., Hormel Foods Corp. and others. Risk tolerant investors may want to consider shorting the stocks of such companies or relevant exchange-traded securities…Think twice about holding long positions in meat industry stocks or exchange-traded securities if the new guidelines do advise eating less meat. If the new guidelines come to pass, the risk of long-term profit shrinkage would be much too great. A reduction in our meat consumption would likely more than offset still-rising meat consumption in other parts of the world.”

As Wall Street looks to solutions for their losses in meat and other animal products, they will be sure to find success in their plant-based alternatives. In December, Hampton Creek Foods, a maker of plant-based egg alternatives, closed their Series C round with over $90 million from investors including Li Ka-shing’s Horizons Ventures, Khosla Ventures, Salesforce CEO Marc Benioff, former Hyatt Chairman Nicholas Pritzker and Facebook Co-Founder Eduardo Saverin. The company was founded in 2009 and only started selling its flagship product in stores in late 2013. In November, 5-year old meat alternative company Garden Protein International was purchased by Pinnacle Foods for $154 million. And in September, WhiteWave Foods purchased So Delicious Dairy Free for $195 million.

With Wall Street taking note of the impact of animal agriculture on our world, our waistlines and our wallets, the future of business is clearly in plants.

What are other implications of increased interest in plant-based eating?