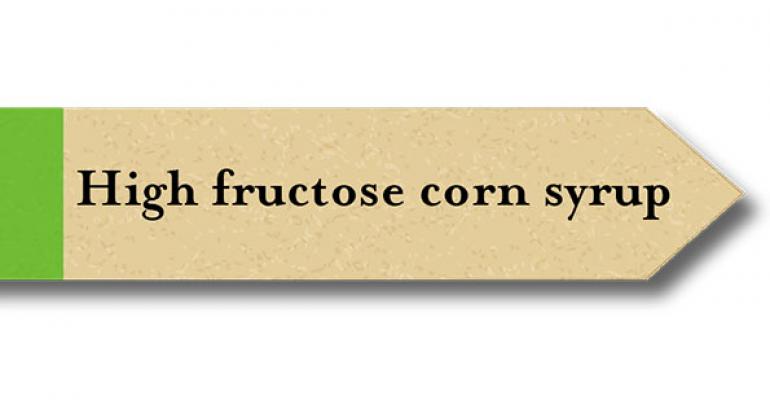 What is high fructose corn syrup?

A sweet food additive derived from corn via a series of enzymes, acids and other chemicals that extract the starch from the corn, convert it to glucose and then convert some glucose to fructose. According to FDA, it typically has 42 percent or 55 percent fructose, and the rest glucose and water. Similarly, honey and beet or cane sugar (sucrose) are about 50/50 fructose and glucose. Like sugar, HFCS has 16 calories per teaspoon, but it costs 20 percent to 30 percent less.

While many in the natural products industry have abandoned HFCS, it persists in some barbecue sauces.

In 2004, a seminal paper in the American Journal of Clinical Nutrition suggested that increased consumption of HFCS was at the root of the U.S. obesity epidemic, noting that intake had spiked 1,000 percent between 1970 and 1990 and that Americans ate 132 to 316 calories per day of the stuff. It noted that the “digestion, absorption and metabolism of fructose differ from those of glucose” in a way that might promote hunger and more weight gain. Other studies suggest that the manufacturing process may leave trace levels of mercury in HFCS. It is almost always derived from genetically modified corn.

Since the 2004 paper and ensuing public outcry, numerous papers have debunked the idea that HFCS is uniquely to blame for obesity. “That’s an urban myth,” states the Center for Science in the Public Interest. “HFCS and sugar are equally harmful.” Some studies do suggest that high fructose intake can boost visceral deep belly fat (a particularly hazardous type of fat) and interfere with hormones that control satiety.

But HFCS defenders are quick to point out that despite its unfortunate name, HIGH f 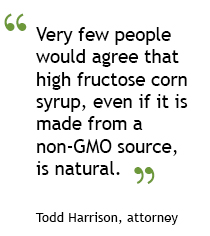 ructose corn syrup actually has less fructose in it than many natural fruit-based sugars and about the same amount as sucrose. (In 2010 the Corn Refiners Association petitioned FDA to allow it to change the name of HFCS to “corn sugar.” FDA declined.)

An array of companies, including Nature Valley, have been sued recently for using natural on products containing HFCS. The lawsuits tend to be based not on health concerns but rather on the presence of GMOs and a manufacturing process that plaintiffs say is anything but natural. Countless conventional food companies, including Pepsi, Snapple, Pizza Hut and Kraft have rolled out HFCS-free products (according to CSPI consumption of HFCS declined 22 percent between 2002 and 2010).

As far as the natural products industry is concerned, the lawsuits alone are good reason to stay far away from this ingredient, says attorney Todd Harrison of Venable LLP. “I think that very few people would agree that high fructose corn syrup, even if it is made from a non-GMO source, is natural. It’s a losing battle.”

Is it OK for high fructose corn syrup-containing products to carry a natural label? Why? Or why not?