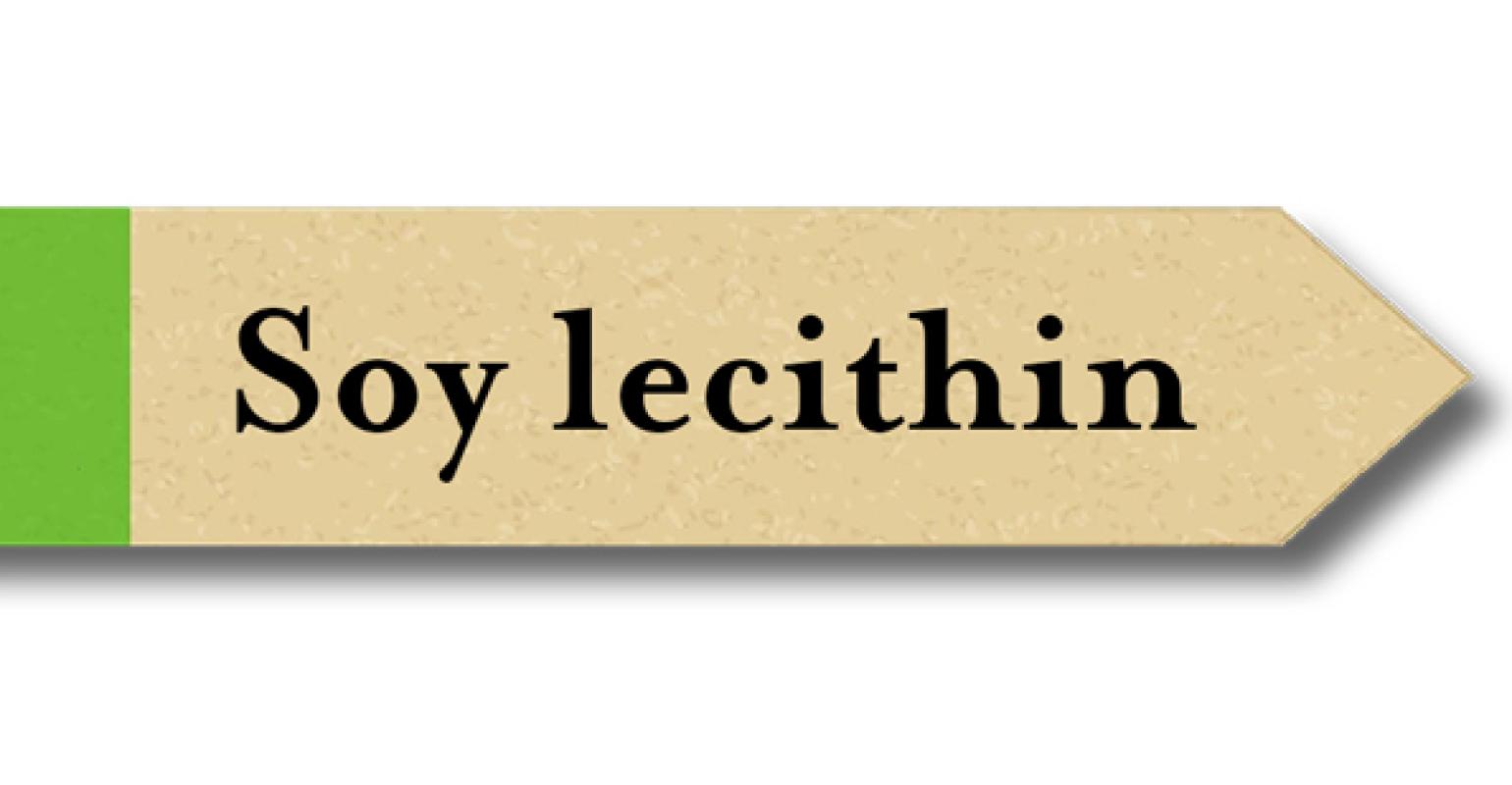 What is soy lecithin?

Lecithin is a fatty substance naturally occurring in the cell membranes of animals and plants, including eggs, sunflower kernels, rapeseed (canola) and soy. To make soy lecithin, manufacturers typically crush soybeans and use solvents such as hexane, ethanol, acetone, ether and benzene to extract the lecithin. Some soy lecithin is then turned to powder and bleached.

It’s used in baked goods and boxed cake mixes to create volume, soft texture and a longer shelf life (and replace more expensive eggs) and in salad dressing, peanut butter and other creamy products to keep oil and water from separating in the jar. It’s also used in pasta to build in resistance to overcooking, as a replacement for more expensive cocoa in candy and chocolates, and to keep yeast supple in frozen bread and pizza dough, said Kantha Shelke, PhD, a food scientist with Corvus Blue. As a dietary supplement, choline-rich lecithin is marketed to promote brain and nerve function. In medicine, it’s used to treat acne, boost liver function, lower cholesterol and prevent mastitis in nursing mothers.

Some activists have expressed concern about trace levels of hexane and other solvents in soy lecithin. However, the primary worry about its use in food stems from fear that it may prompt allergies in people with soy sensitivity or act as a phytoestrogen (some physicians recommend that women at risk of breast cancer avoid all soy). The vast majority of soy lecithin is made with genetically modified soy—a fact that has prompted concerns among consumers trying to avoid GMOs.

The science behind soy lecithin

The Food and Drug Administration points out that in the typical food product, soy lecithin makes up less than 1 percent of the product by weight, making any exposure to solvent residue miniscule. According to Steve Taylor, PhD, co-director of the Food Allergy Research and Resource Program at University of Nebraska, the “vast majority” of the protein that ignites allergies is removed during processing of lecithin. “There is, of course, the possibility that some of the more sensitive soybean-allergic consumers might react,” he wrote in a 2013 report. For that reason, food manufacturers must list it on the label. 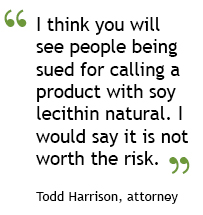 The market for solvent-free, non-GMO and organic soy lecithin is thriving, says Gary Bartl, whose ingredient company Austrade sells those products: “Demand is up and inquiries keep coming.” For those wanting to avoid soy altogether, the company also sells solvent-free sunflower lecithin.

New Hope Natural Products Expo standard guidelines suggest that products containing bleached lecithin not be labeled natural. And Todd Harrison, an attorney with Venable LLP, said he would advise clients in the natural products industry not to use soy lecithin at all unless they can assure it is made without GMOs. “I think you will see people being sued for calling a product with soy lecithin natural. I would say it is not worth the risk.”

Is it OK for natural products to contain soy lecithin? Why? Or why not?