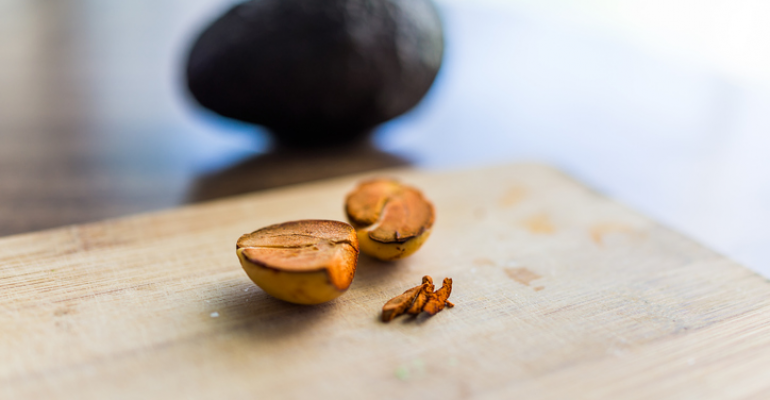 As more companies look to ditch artificial food dyes, a startup works to turn food waste into a natural alternative.

Persea Naturals, a one-year-old food color additive company, is the result of a happy accident. Gregory Ziegler, food science professor at Penn State, was extracting starch from avocado pits when he stumbled upon a surprising color: a bright orange caused by an enzymatic reaction that occurred after the pits were pulverized. Ziegler extracted the starch, but the color was persistent and simply would not wash away.

With growing industry interest in natural sources of food coloring, the orange color seemed like a natural business opportunity. A bonus is that the product is both a way to repurpose food waste—since avocado pits are the main input—and it doesn't divert otherwise marketable and edible produce away from the food supply. Ziegler and Persea Naturals, under CEO Bob Hicks, are now working to bring the concept to market under the brand name AvoColor.

Related: Regulatory and labeling challenges of natural colors and flavors in the U.S.

They are early in the process of seeking FDA approval and are working with potential collaborators on ways to utilize and commercialize the product, but Ziegler has some ideas of what those collaborations could look like. "Avocolor is highly water-soluble, clear and vibrant, so we expect early applications in systems like beverages and confections," he said in an email. Confections could include things like hard candies, gummies and icings, and it can work in almost any beverage—water, teas, dairy, soft drinks, even alcoholic beverages. Ziegler added they’re researching ways to disperse the pigment in fat-based foods, like fillings and frostings, although it may have an adverse effect on leavening, so it’s unlikely to be used in baked goods for now.

The team is in the process of figuring out the right approach for getting the product to market and what exactly their business model will look like. "The most reasonable approach may be a joint venture of some kind with a partner looking to expand its product line. We are in discussion with several possible collaborators but have yet to enter into a business partnership," said Ziegler. "Interest is coming from the many food companies that have committed to replacing certified food colors with natural alternatives. But the way the industry is structured, we are working most closely with so-called ‘color houses’—that is, companies that prepare colors for food manufacturers."