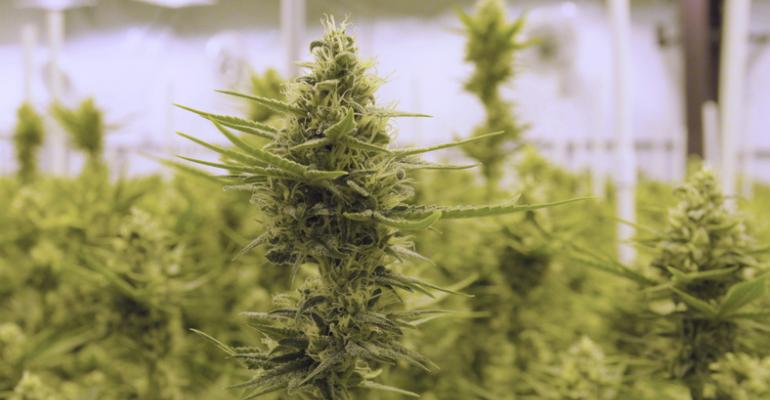 U.S. Hemp Crop Report documents the hemp boom (to say nothing of medicinal and adult-use pot).

Led by Colorado with 7,500 acres in the ground, and Kentucky's 3,000 acres, hemp acreage has doubled in the last year as states are getting in on the promise and potential of industrial and nutritional hemp, according to the 2017 U.S. Hemp Crop Report.

The report documents state-by-state progress of hemp legislation passed in 2017, reports acreage of hemp grown, identifies states with active hemp pilot farming programs, as well as advocacy work the organization has lead over the past year. It was issued by Vote Hemp, the the nation’s leading grassroots hemp advocacy organization working to change state and federal laws to allow commercial hemp farming.

Related: Hemp—no, not pot, not CBD, not cannabis, not quite—hemp for victory

“We’ve seen hemp cultivation significantly expand in the U.S. in 2017," said Eric Steenstra, President of Vote Hemp, "with over double the number of acres planted in hemp compared to last year and the addition of four more states with hemp pilot programs. The majority of states have implemented hemp farming laws, in clear support of this crop and its role in diversifying and making more sustainable our agricultural economy. It’s imperative that we pass the Industrial Hemp Farming Act in Congress (H.R. 3530), so that we can grant farmers full federally legal rights to commercially cultivate hemp to supply the growing global market for hemp products.”

The Industrial Hemp Farming Act, introduced in the U.S. House of Representatives by Rep. James Comer (R-KY), amends the Controlled Substances Act to exclude industrial hemp from the definition of "marihuana" so long as the cannabis plant contains no more than 0.3 percent THC, the psychoactive component of the plant that gets people high.

Since the passage of Section 7606 of the Farm Bill, “Legitimacy of Industrial Hemp Research,” hemp cultivation in the U.S. has grown rapidly. The number of acres of hemp grown across 19 states totaled 23,343 in 2017, more than double the 9,770 acres from the previous year. State licenses to cultivate hemp were issued to 1,424 farmers; and 32 universities conducted research on the crop.

Despite this progress, hemp farmers face logistical and legislative hurdles that yet hinder the full-scale commercial cultivation of hemp to supply American consumers. Specifically, said Steenstra, farmers rely on imported certified hemp seed from countries such as Canada and Italy, and the Drug Enforcement Agency (DEA) has obstructed interstate commerce of U.S. grown and manufactured hempseed oil and protein powder. And though H.R. 3530 The Industrial Hemp Farming Act has been introduced in Congress, farming of the crop remains prohibited at the federal level.

Among the fastest-growing categories in the natural foods industry, hemp seed is a rich source of omega-3 and omega-6 essential fatty acids, providing both SDA and GLA, highly digestible protein, and naturally occurring vitamins and minerals such as vitamin E and iron. An excellent source of dietary fiber, hemp seed is also a complete protein—meaning it contains all 10 essential amino acids, with no enzyme inhibitors, making it more digestible by the human body. Hemp-derived cannabidiol (CBD) products constituted 19 percent ($130 million) of the $688 million U.S. hemp retail market in 2016, making the CBD dietary supplement market the fastest growing product category in the hemp sector, according to Steenstra.

Advancements in hemp research and manufacturing demonstrate the remarkable versatility and product-potential for hemp. Hemp bast fiber has shown promising potential to replace graphene in supercapacitor batteries, which could then be used to power electric cars and handheld electric devices and tools. Hemp fiber can also be used to create environmentally friendly composites, and hard bio-plastics for use in everything from airplanes to car parts. Hemp houses are also on the rise, as hempcrete (which is energy-efficient, non-toxic, and resistant to mold, insects and fire) has many advantages to synthetic building materials, lumber and concrete.