HomeIngredientsIngredient wars (file under: lose/lose propositions)
Recent
Latest
4 tips to get ahead of chemical concerns in packaging
May 20, 2022
7 CBD favorites in the increasingly popular gummies format
May 20, 2022
Mission MightyMe helps parents introduce allergens to babies
May 20, 2022
UNFI's Eric Dorne to step down as chief operating officer
May 20, 2022
Trending
Whole Foods' honors 30 companies with 10th annual Supplier Awards
May 18, 2022
Getting ready for 2023: Trends for brands to consider
May 17, 2022
Sponsored Content
The rise of sustainable business – eGuide
Sponsored Content
Natural beauty market trends
Jun 16, 2021 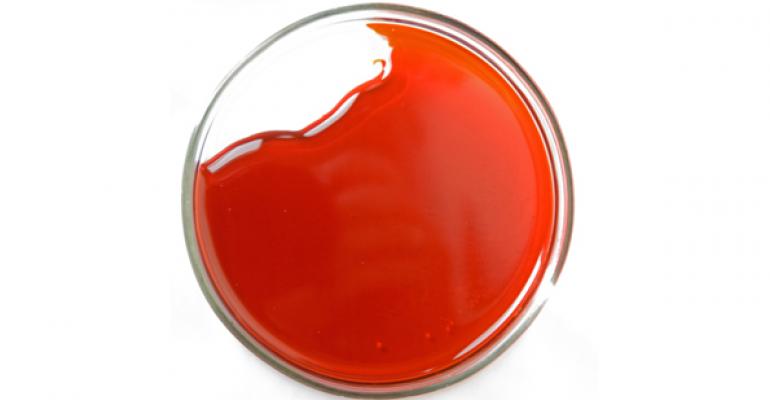 Internecine ingredient wars seem to never get old. And that’s too bad. When companies take their eyes off the prize of building a bigger category by fighting among themselves over which ingredient form is better, it’s almost always a loss of time, resources—and opportunity.

Take protein. There’s quite a lot of ingredient diversification from the old-school whey, but the greater protein message is resonating so well with the public that there’s room for everyone. So while plant protein sources are growing quickly, whey and soy remain far and away the most popular even if it’s by volume and not necessarily growth.

Here then is a handy history of screaming matches, and the lessons learned (or not) therein.

The carotenoid is red because it’s red but also because of the blood on the floor, usually over perceived quality differences between brands. But then, in a moment of togetherness, the natural astaxanthin supplier group managed to band together when ingredient giant DSM introduced its “nature identical” (read: synthetic) version on the market, and priced to sell. So the natural players formed the Natural Algae Astaxanthin Association (NAXA), its mission to educate the public on the benefits of natural astaxanthin, which includes a cocktail of other carotenoids, over the synthetic version.

Way back in the ’90s, there was an argument over what was the best type of supplemental garlic—aged or fresh—and what could be the active phytochemical compound to account for garlic’s ability to fend off vampires improve blood pressure, cholesterol and overall cardiovascular health. Was it allicin or alliin? Standardized for alliin content or full-spectrum? After getting through that, innovation ensued, and today the question is whether or not the real garlic active is alliinase, the allicin-activating enzyme that is destroyed by stomach acid?

Détente arrives! And not a moment too soon. Market leaders Aker Biomarine, from Norway, and Neptune Wellness Solutions (nee, Neptune Technologies & Bioressources), from Canada, have waged a bitter fight over this ascendant omega-3 ingredient. Neptune was the early pioneer, having published three human clinical studies showing efficacy for krill against PMS, joint health and cardiovascular health. Neptune won the contract with supplement finished product company Schiff, whose MegaRed became the No. 1 SKU in the entire omega-3 category, thanks to a bodacious advertising campaign including mainstream TV commercials. But Neptune lost its mojo and the Schiff contract to go with it, and Aker swooped in. Down but not out, Neptune’s strategy to resurrect its fortunes centered around patenting its ingredient. Aker won most of the suits, yet the legal expenses weighed on both companies. With new CEO Jim Hamilton at the helm of Neptune (he formerly of ingredient titan DSM), the two companies settled their lawsuits once and for all—Aker now pays Neptune a fee to sell its krill, which somehow violate Neptune’s patents, but that’s less than what it had been spending on legal expenses. More importantly, both companies can now focus on building the greater krill category—and not a moment too soon, because while the warfare had continued in the krill space, the omega-3 fish oil people had figured out krill’s marketable difference—namely, bioavailability-boosting phospholipid’—and began offering high concentrates of DHA and EPA which, alone, make it a superior omega-3 source to krill, but then they also added in phospholipids, which now make it a similar composition to krill, only better because of vastly higher levels of DHA and EPA. What will the krill sector do to get its groove back? High concentrates of EPA and DHA in its krill oil? Surely that will be a start. Stay tuned. Krill is still alive and swimming.

Kemin’s FloraGLO brand lutein has been the market pioneer and leader for decades. But relative upstart OmniActive, based in India with U.S. offices in New Jersey, has come on strong over the last eight years with lutein and zeaxanthin isomers, plus a savvy marketing campaign. The crux of the argument is over blue light—the harmful light that gets emitted from electronic screens as well as LED light bulbs. Blue light causes not just eye fatigue in the near-term, but also age-related macular degeneration long-term. It’s arguably the single greatest supplement opportunity of the post-modern age. But instead of educating retailers and the public about the importance of the macular carotenoids, Kemin filed a patent for its lutein/zeaxanthin formulation (it includes at least a handful of other ingredients) for blue light help, and is trying to compel OmniActive to stop selling its ingredients in the U.S. market. OmniActive has counter-sued to put Kemin’s lawsuit in the frivolous waste basket. Too bad. The pie here has the opportunity to grow much, much larger.

We finally have an ingredient to address chronic inflammation—the root of all chronic degenerative disease states. The battle here is over bioavailability—the curcumin molecule is seen as too large to get properly metabolized so it can do good. Who’s got greater curcumin bioavailability, and is it even necessary? The branded ingredient LongVida uses phospholipids to propel its bioavailability claim. Theracurmin solubilizes the material to reduce the particle size to form a colloidal formulation that increases absorption. Meriva also uses phospholipids. NovaSOL is a micelle to turbocharge absorption. Curcumin C3 Complex moves past turmeric and curcumin entirely and offers the three curcuminoids at the heart of the matter. Amid all the hullaballoo remains an interesting notion—even if a curcumin ingredient is 8, 65 or 185 times more bioavailable than a commodity curcumin, they all metabolize down to the curcuminoids, so does it even matter? Well, numbers impress, so the wars here will no doubt continue apace.

This is the one that got away—and it provides a valuable lesson to all would-be internecine ingredient warriors. Back around the turn of the century, when the omega-3 fish oil market just began taking off (before then it was referred to as simply essential fatty acids), all the ingredient suppliers got together and, as a team, drew up a monograph that spelled out the quality standards that would have to be met in order to inform the market that everyone saw should be a big one. It turned out to be true, and one reason why is that there never was a quality scandal about mercury or other heavy metals contaminating the fish oil supply—only occasionally would the misinformed mainstream media report come out thinking that if fish can be tainted with mercury then surely the oil from the fish would be as well. Of course that’s not true—between molecular distillation and using source stock that’s low-on-the-totem-pole anchovies and sardines (and, okay, menhaden from the Gulf of Mexico), environmental contamination just isn’t a thing with omegas. Sing it with me: Row, row, row your boat, all together now.

The forgotten vitamin has only recently taken off for its utility in both cardiovascular health as well as bone health, with its catchy slogan that goes something like, “Takes calcium from where you don’t want it (arteries) and puts it where you do (bones).” MenaQ7, from NattoPharma, benefits from having the most research on its ingredient. K2Vital Delta, from Xsto Solutions, asserts that other minerals in a formulation can damage the K2 molecule and only its form is protected. Cheap knock-offs from the Far East also eat into the pie. Meanwhile, this ingredient needs to get into every children’s multi as well as postmenopausal supplement.

CoQ10 is one of the supplements world’s success stories for its value on mitochondrial health and downstream energy. Behind the scenes in the ingredients world, however, there’s been much tumult. Fifteen years ago the ingredient supply came out of a few suppliers in Japan. Today it’s pretty much all produced in China. In between there have been outlandish price spikes and crashes. And a huge issue about bioavailability, which has led a number of aftermarket suppliers to purchase commodity coQ10 and enhance it to increase absorption. Today the turf wars with the Q are whether the old-school ubiquinone is as good as the reduced (and more expensive) form, ubiquinol.

This is a Gabriel Garcia Marquez story, and we’ll boil it down to the Cliff’s Notes version. First there was sugar—yummy good, but all those calories and cavities. Then there was cheap, subsidized corn that led to the development of high fructose corn syrup, with all those calories. All sorts of alternative sweetener sources came to play, from the polyols like sorbitol to high-intensity sweeteners like sucralose. Waiting in the wings was all-natural, zero-calorie sweetener, stevia, but it didn’t get any official recognition until the big boys, Cargill and Coca-Cola, petitioned the FDA to let them use it as a sweetener. They didn’t use stevia, per se, but a phytochemical within the leaf, rebaudoside-A, Reb-A for short. Bitter, licorice-like notes stopped Reb-A from gaining too much sway, so it was typically blended with other non-sugar sweeteners like erythritol or ace-K. And then, in an everything-old-is-new-again moment, plain ol’ natural sugar came back into vogue. Darn the calories, full steam ahead!