The road to natural, day 3: Past and future, challenges and solutions 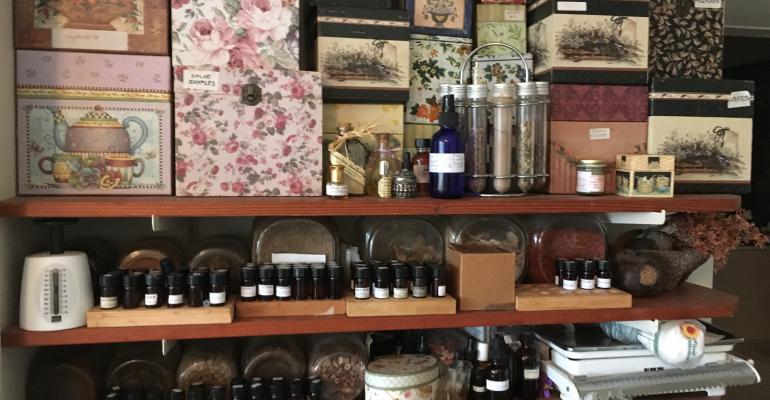 Industry has left many small U.S. producers behind over the years. But they're still finding ways to innovate.

Nutrition Business Journal Editor-in-Chief Rick Polito and aronia berry farmer Andrew Pittz set off on a journey from Boulder, Colorado, to Anaheim, California, visiting farms and interviewing industry leaders and politicians along the way to explore the connection between American agriculture and the dietary supplement and functional food industries. This is part three of five. Read the rest here.

We are backtracking some miles, heading back east on I-80 to meet an herbalist with a history in the industry as colorful as the garden she’s crafted across a terraced slope on the shoulders of the Sierra, but the freeway is blocked where the interstate cuts through the Gold Rush town of Colfax. Some miles and thousands of feet of elevation ahead, the winter storm we slipped ahead of in the night had hit the summit, hard. Nearly five feet of snow would fall in 48 hours.

Fortunately, we are turning at Colfax, this last possible exit, and winding north on Highway 174 to meet Kathi Keville, the herbalist.

Bethany Davis has joined us. Bethany is the director of regulatory affairs for MegaFood. Andrew calls her the "adult supervision" we’d been lacking. We both call her a friend. MegaFood is the underwriter for this project and a believer in American farmers to the tune of 650,000 pounds of ingredients grown on American farms, showcasing the individual farmers right on the product labels.

Bethany was part of the brainstorming that shaped this trip, but there has been no shortage of on-the-road improvisation and rethinking the route. None of us know exactly what we should expect at Keville’s hidden garden, or whether the visit was going to happen at all until that morning.

What we find at Keville’s retreat is something more than a garden: something like a time capsule, a library, a treasure and a teacher.

Keville has worked in herbs since 1974. She packaged, she claims, the first organic herbal tea in the U.S. She is the author of a dozen books on Amazon, and many more on the shelves in the cozy ramblings of a home built to the slope of the land. Vials of tinctures made with the herbs grown in the garden outside stand in queue on wooden racks. A library of encyclopedias and guides to the herbal tradition occupy bookcases throughout the house.

She knows her subject.

And she knows the limits of her expertise. She writes on herbs, not on business.

Years ago, Keville grew herbs for the industry. She still has scores of varieties growing in the ground in small pots outside. With the help of greenhouses, or perhaps Keville’s persistence of attention and faith, the plants adapt to the particular microclimate of the Sierra foothills.

Growing herbs and selling herbs, however, are two very different pursuits. Keville could not adapt to the shifting climates in the industry. The industry outgrew domestic suppliers like Keville decades ago. The supply chain swung outward to cheaper supplies overseas, and small U.S. producers like Keville got left behind.

"I was pushing paper more than I was selling herbs,” she tells us.

She didn’t leave herbalism. She left the supply equation.

Now she writes books, teaches classes and hosts students at her hillside home in the forest. She reads about the problems in the industry. She’s just not part of those problems. She has shown that all but a very few of the herbs used in the vast majority of supplements can be grown in the U.S. They can be grown right outside her home.

But the industry turned away from growers like her.

And she turned away from the industry.

Bethany was skeptical of our improvised itinerary when we’d pulled away from the Best Value Inn that morning in Sacramento, but leaving Keville’s mountainside sanctuary, we see her smiling. Bethany has been creating an archive of interviews with pioneers in the industry, capturing the oral history and the wisdom of the generation that built the supplement industry.

We’d visited a pioneer homestead of sorts that morning. We’d walked into a bit of magic there. We had one of the trip’s “this is what we’re looking for” moments.

Giant stretches of monoculture crops dominate in every direction, not all of them suited to the fickle drought patterns. Almonds, peaches, plums and other water-hungry crops drive the regional economy, but always seemingly 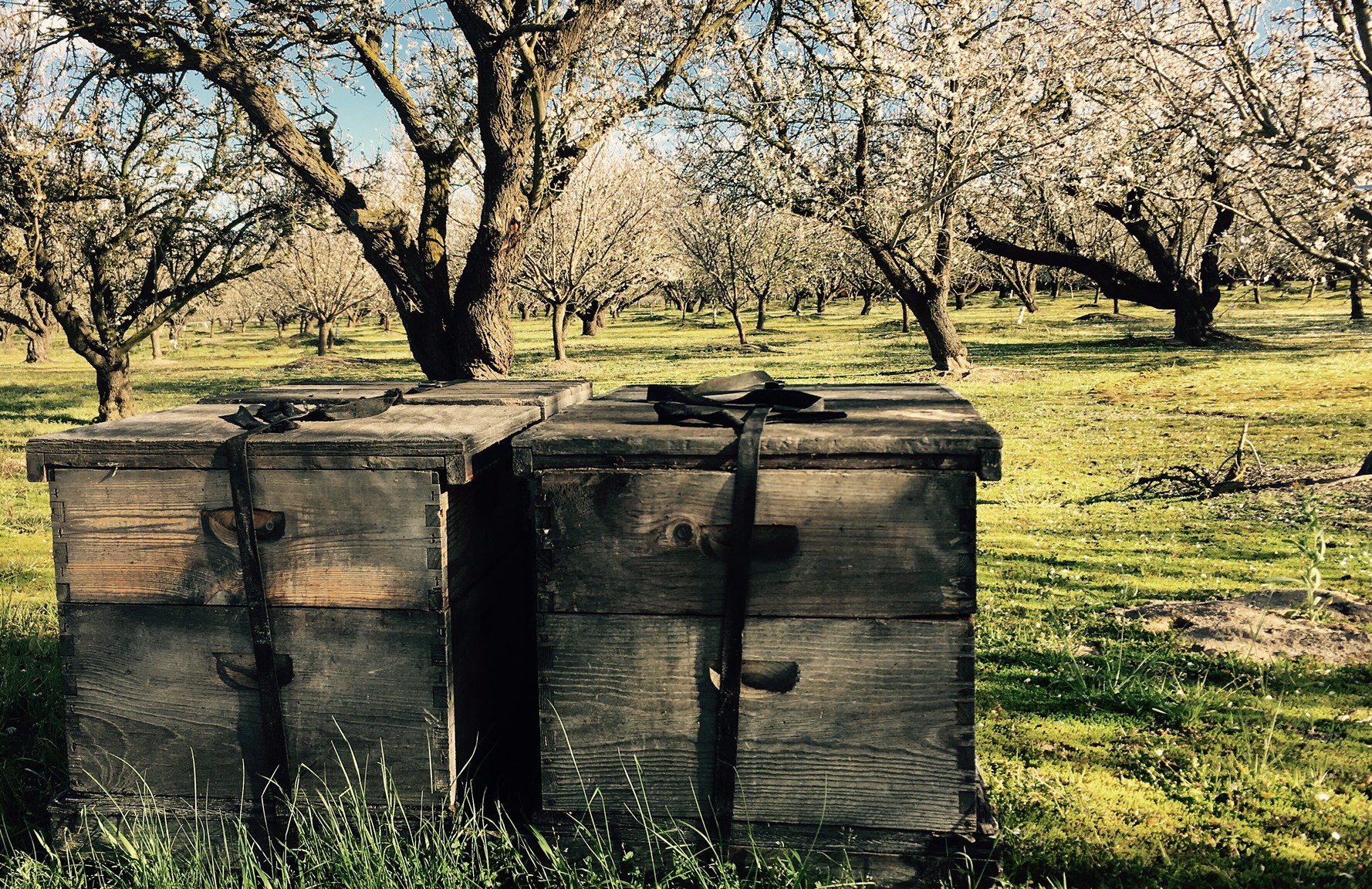 at the brink of catastrophe. The valley looked headed toward dustbowl status before an El Niño echo turned the faucet back on this winter, but with so many single-crop plantations, blight and disease are just additional risks lurking between the rows. The agricultural economy built a house of cards one orchard at a time, and yet no small tonnage of the ingredients in the natural products market come from that rickety structure.

Driving south to Modesto, we call Sara Newmark for her take on the equation between the commerce and ecology. Newmark is the director of sustainability at New Chapter and the daughter of regenerative agriculture pioneer/crusader Tom Newmark.

For Newmark, environmental practices have to be part of the price point for consumers. They have to know what those practices are and be willing to pay for them. For companies, such practices have to be part of the economic model. Sustainability is an imperative for the planet and, in the long run, the balance sheet. “I don’t understand why any company that sources food or sources live agricultural products wouldn’t be interested in organic, regenerative farming,” she tells us.

The natural products industry sees that. Companies in the nutrition industry have taken the lead, Newmark says. “We were the kind of hippie-granola-type businesses, but we’ve turned it into a powerful worldwide movement to create change.”

And no class or community, she says, stands to benefit more from that change than farmers.

Of course, the point where that perspective meets price and profit is not something that any farmer should be waiting for. Andrew didn’t. The aronia berry is not a well-known ingredient in the supplement world. It might not be known at all if not for Andrew’s work. He’s sampled his product at independent and chain grocers across the Midwest. He buys a booth at 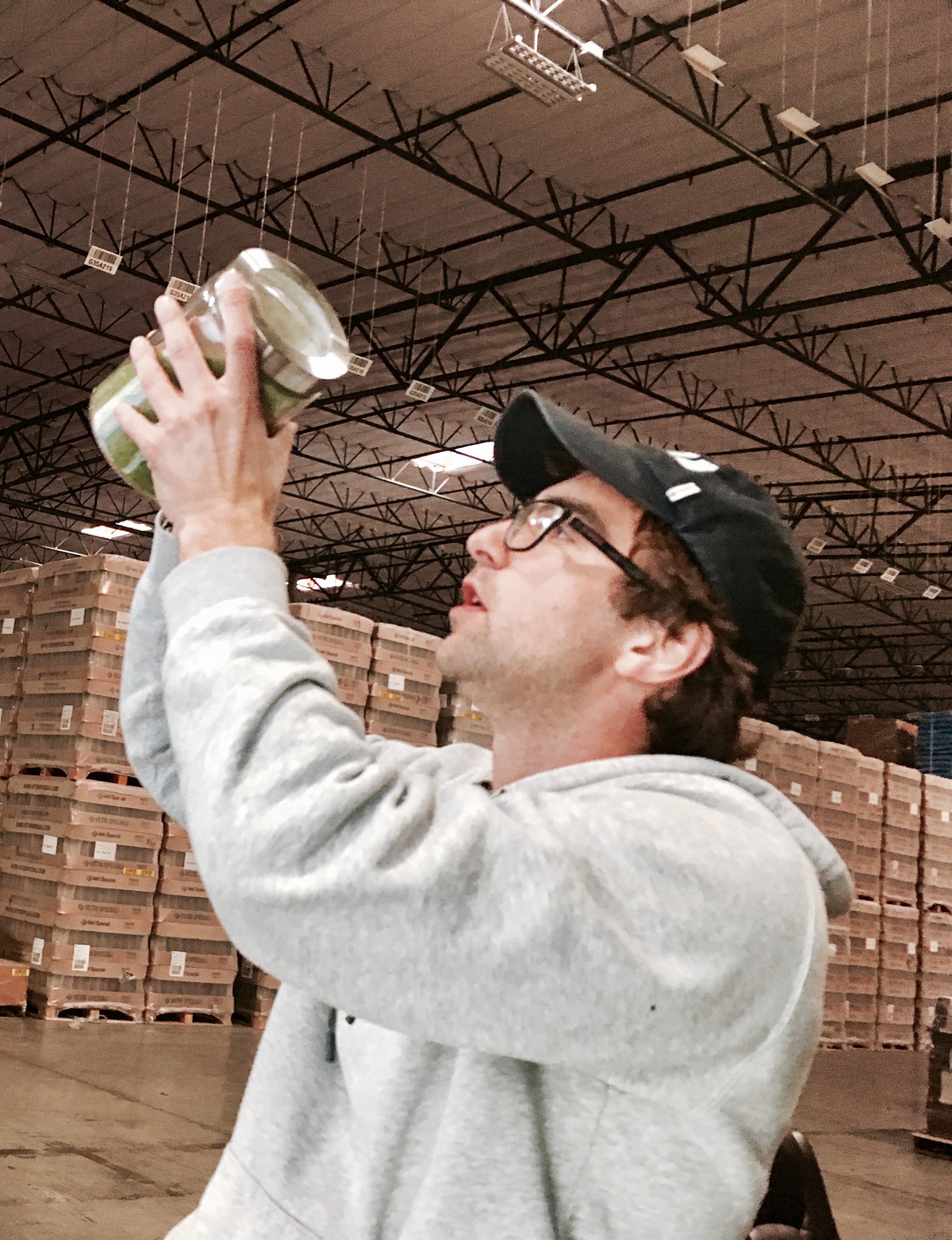 Natural Products Expo West. He talks up the ingredient at every event and speaking engagement. He is an always-on outreach machine.

But he couldn’t do much or any of that by selling bags of aronia berries at farmers’ markets (though he’s manned the table many times).

The secret for small farmers to bring new products, or new twists on old products, to market is value-added processing: taking what they’ve grown and turning it into an innovation-ready ingredient or perhaps a finished product. "Value added" is a phrase that Andrew uses in almost every phone call we make.

Adding the value isn’t that simple. For aronia berries it meant making a dried powder that could be used in other products.

Dryers are expensive. Really expensive. We’re going to see one at GW Dryer in Modesto. It doesn’t look like a lot to the casual eye. A white plastic conveyor belt squeezes the material very thin and heats it to flaky crystals across a dozen feet of almost imperceptible movement.

And it does it for several hundred thousand dollars per machine.

Farming is a play in risk. Betting the farm is both an expression and a reality. Seeds cost money. Equipment costs money. There are no certainties. Taking on a new crop with an unproven market for companies outside the system they’ve already settled into might pay off. Or it might not. Stepping outside a proven model becomes too big a bet.

These are some of the obstacles facing small farmers. A promising new ingredient might need the promise of the market before it can make a leap into the level of capital it takes to drop half a million on an industrial dryer.

Andrew might make it there on energy and persistence, but it’s easy to see where a natural products incubator approach could build a pipeline of benefits for brands, consumers and farmers, and the communities where those farmers work the land—the multiplier effect feeding innovation, and demand, back into the system. More companies in more communities creating more customers who not only know more about what they are eating but have the income and economies to eat that better food and live that healthier life. The land itself could benefit, as Newmark explained. One farmer on one farm might be one innovation away from creating a new business, or a new line of income, or a new category altogether.

We head west across the Central Valley with the sun long gone below the horizon and the enormity of the Big Ag monocrop calamity hidden beyond the headlight beams.

It’s not easy to envision that one farmer and that one idea out here, but tomorrow we will be at the coast and see how change becomes possible, profitable and, hopefully, inevitable.