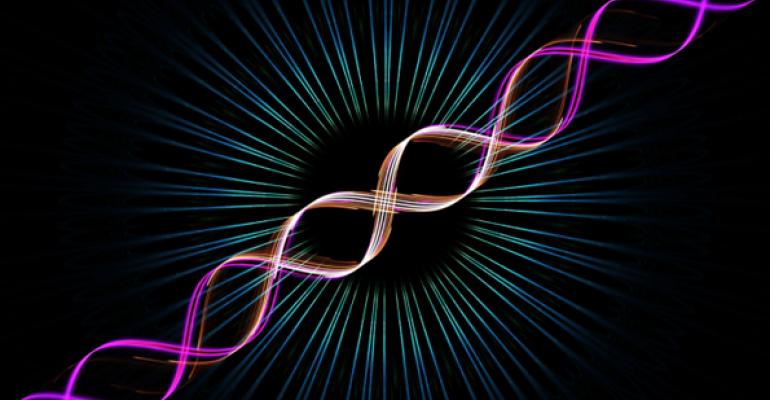 Genetic engineering and biological synthetics will challenge the supplement industry.

There isn’t really a fine line between the genuine and the synthetic, says Jim Thomas of Montreal-based ETC Group, a consultancy calling out synthetic biology ingredients in everything from food and cosmetics to supplements.

With the rapid, and some would say “reckless” rise of synthetic biology allowing virtually any ingredient can now be designed and manufactured in a lab, but Thomas says he expects much of the activity to focus on high-value/low-quantity ingredients that make up so much of the supplement trade. We spoke to Thomas at the United Natural Products Alliance Members Retreat, now underway in Santa Fe, New Mexico.

Synthetic vitamins are a huge component of the supplement industry. How are biosynthetics different from that?

Jim Thomas: Synthetic biology is just a new way of producing compounds, including compounds that were previously botanical compounds. What you're doing is you're engineering yeast bacteria, algae, to act as a sort of manufacturing platform. So that the yeast will produce, let's say Resveratrol, or CoQ10, or whatever. And that previously would have been sourced from a botanical source. There's definitely work around vitamins and up regulating the amount through produced genetic engineering. And so that that application is there too.

What do you think the level of public awareness of biosynthetics is right now?

JT: Very low. I think the public has some level of awareness of the first generation of genetic engineering as it applies to food, and consumers are beginning to hear about some of the new techniques, such as CRISPR. But, generally speaking, they're not aware of how widely this technology is being applied to foods, flavors, fragrances, ingredients.

It obviously can't be stopped. Can it be slowed down?

How pervasive is this in supplements?

JT: It's hard to gauge at this point. And we produced a database, where we put details of where we were able to find either products on the market, companies who are saying they're bringing syn-bio products to the market, or research projects. We found about 350 different entries. We reckon there's around 70 to 75 ingredients that are already on the market across cosmetics, supplements, flavors, fragrances. But it's really hard to tell. Companies are not advertising this. They're not making it a selling point. If they're using synthetically derived versions, especially if they're trying to pass it off as natural, that's not something they're going to shout from the rooftops about.

Nobody's really watching this except people like the Non-GMO Project and the ETC group?

JT: That's right. At this point.

What do you think is the biggest danger for the natural products industry?

JT: I think for the natural products industry, the danger is that this industry will increasingly use these synthetic products, it'll be found out, and people won't trust them. People believe that natural products are what they say they are, that they come from botanicals, for example. And additionally, I think there are potentially risks, including health risks. If you're producing a compound from a genetically engineered organism, there is a chance that you're going to get other unexpected contaminants, that you're going to get different levels of other compounds as a result of the genetic engineering. At the moment, there aren't processes in place to catch that. There are in the case of drugs. If you're making biologics, then hopefully you'll catch contaminants, but if you're making flavors, fragrances, supplements ingredients, you might not pick that up.

What will it take to create an urgency around this?

JT: Hopefully what it will take is the supplements industry stepping up to protect their reputation, to protect their consumers, and actually to protect their farmers, their suppliers. This is an industry that depends upon farmers around the world, especially tropical farmers, and around biodiversity and all of those are under threat from these new ingredients. Even if a supplement company was to say, “We're going to only use non syn-bio ingredients,” if a synthetic bio ingredient floods the market and pushes down prices, that could potentially destabilize the natural supply as well. So it's important as an industry to decide we're not going to let this in, that we're going to support natural production, by farmers, by people.

Well since you've been studying this, how have you changed your own habits to avoid anything? Or have you?

JT: I've been listening and talking to companies who are taking this seriously, and I can try and buy their brands and products, because I can trust them. I'm probably eating more whole foods, rather than processed foods, because I know where they're coming from. And those would be the two that come to mind.

The smart and sometimes disturbing future of food
May 11, 2017
Non-GMO Project says no to synthetic biology
Jun 15, 2015