Nestlé to buy Atrium Innovations in $2.3B deal 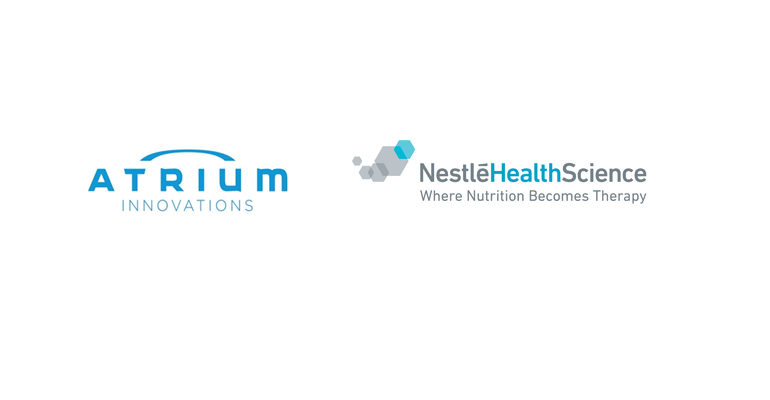 The purchase of a supplement company by a giant CPG corporation is another sign of a tipping point for natural products, but the impact will be felt differently across the different channels Atrium serves.

In a deal that could boost sales momentum across the supplement industry, multinational food giant Nestlé announced that it is acquiring Atrium Innovations for $2.3 billion. The mammoth acquisition is eclipsed only by the $3.3 billion that KKR paid for Nature’s Bounty just three months ago, making 2017 the biggest year ever for supplement company acquisitions.

It also marks an astonishing uptick in price. Atrium, which owns natural-channel powerhouse brand Garden of Life and a number of practitioner brands, was purchased by private equity group Permira in 2014 for $751 million in a deal completed in early 2014. Hours after Nestlé's announcement, investment banker William Hood said the purchase of a supplement company by a global food company is a “$2.3 billion statement” marking confidence in supplements. Big consumer packaged growth companies are recognizing that they must incorporate health and wellness into their food-focused portfolios, Hood said.  “I’ve always said it’s only a matter of time before they cross over, and this deal is the crossover,” said Hood, who was a co-advisor on the acquisition.

Atrium CEO Peter Luther called the purchase a good fit for both companies. Garden of Life gives Nestlé exposure and experience in the natural channel. Nestlé Health Science, the division where Atrium’s operations will settle, has sales connections in mainstream medicine, including 4,500 U.S. hospitals, Luther said. While Atrium professional brands like Pure Encapsulations have already penetrated the physician market, Nestlé has deeper penetration. “I believe that their footprint in professional medicine will help expand our footprint,” Luther said.

That could be good for the entire supplement industry, as an endorsement by mainstream medicine has long been a goal for supplement makers. The Nestlé deal could help validate the supplementation concept.

The deal also fits well with public statements from Nestlé that the company aims to move into healthier nutrition and away from the sweets for which it is synonymous to many consumers. Nestlé’s confectionery business is reportedly for sale and a $2 billion-plus deal could have Hershey acquiring Nestlé’s candy operations, including iconic sweets like Butterfinger.

Nutrition activist Robyn O’Brien said that while some consumers are likely to be shocked that a brand like Garden of Life is owned by a global CPG like Nestlé, the truth is that acquisitions like this are proof that big business knows the tide is shifting. “You have to step back and see that the big companies are finally buying in,” O’Brien said.

While noting the irony that a candy company is buying a wellness company, O’Brien called the deal a sign that the natural products industry is nearing or passing a tipping point to become mainstream. "The Grocery Manufacturers Association is literally dissolving before our eyes,” O’Brien said. “We are watching the reshaping of our food system in real time.”

Karen Howard, executive director of the Organic and Natural Health Association, echoed some of O’Brien’s thoughts.  “Nestlé has walked away from GMA and has embraced the value of supplementation,” Howard wrote by email. “The consumer pocketbook is now a documented force.”

Howard also noted that Nestlé can learn from Atrium’s commitment to supply chain integrity. The overall integration of food with health and wellness at a global scale with a transparent and clean supply chain could be a very good thing for consumers, she wrote.  “Food, healthcare and medicine in the same boardroom? Sounds like a great recipe.”

For Luther, Nestlé Health Science’s scientific gravitas and resources could help grow sales for Atrium’s practitioner-channel brands, which include Pure Encapsulations, Douglas Laboratories and Genestra. There are concepts in the Nestlé Health Science R&D pipeline that could be a better fit for Atrium’s sales expertise than Nestlé’s, Luther said. The larger company’s connections in hospitals allow not only more touch points for sales, but also help establish relationships like the one Atrium has with the Cleveland Clinic, an alliance that builds credibility of nutritional strategies for often skeptical MDs. Those relationships drive more exposure to nutrition-based care and draw more doctors into integrative medicine, he said. “The broader we can make that funnel, the better,” Luther said.

With Garden of Life, some of the benefits flow in the other direction. Owning the brand could allow Nestlé access into the natural channel when its conventional offerings could shrink. Food companies know they need to move into natural and organic to build growth as conventional foods remain largely stagnate.

Aaron Bartz, president of practitioner channel brand Ortho Molecular, said he is encouraged by what the deal could mean for the channel but that he sees Garden of Life as the major factor in the deal. “I think it’s more a retail play than a practitioner play,” Bartz said. At the same time, Bartz said he is curious what Nestlé’s scale could do for the practitioner channel model. Nestlé’s footprint in mainstream medicine could lead to a sales model that’s palatable to entities like the American Medical Association. “That could be the big up side of this,” Bartz said.

For retail brands in general, the effects remain to be seen. With greater scale and greater resources comes the potential for greater growth for the brand, but the legitimacy that the deal stamps onto supplements will likely be noted by investors and consumers across the whole industry. "The significance of the deal is hard to discount,” said Hood. “This is an historic transition from that standpoint."

Engaging the consumer in the practitioner channel
May 11, 2017