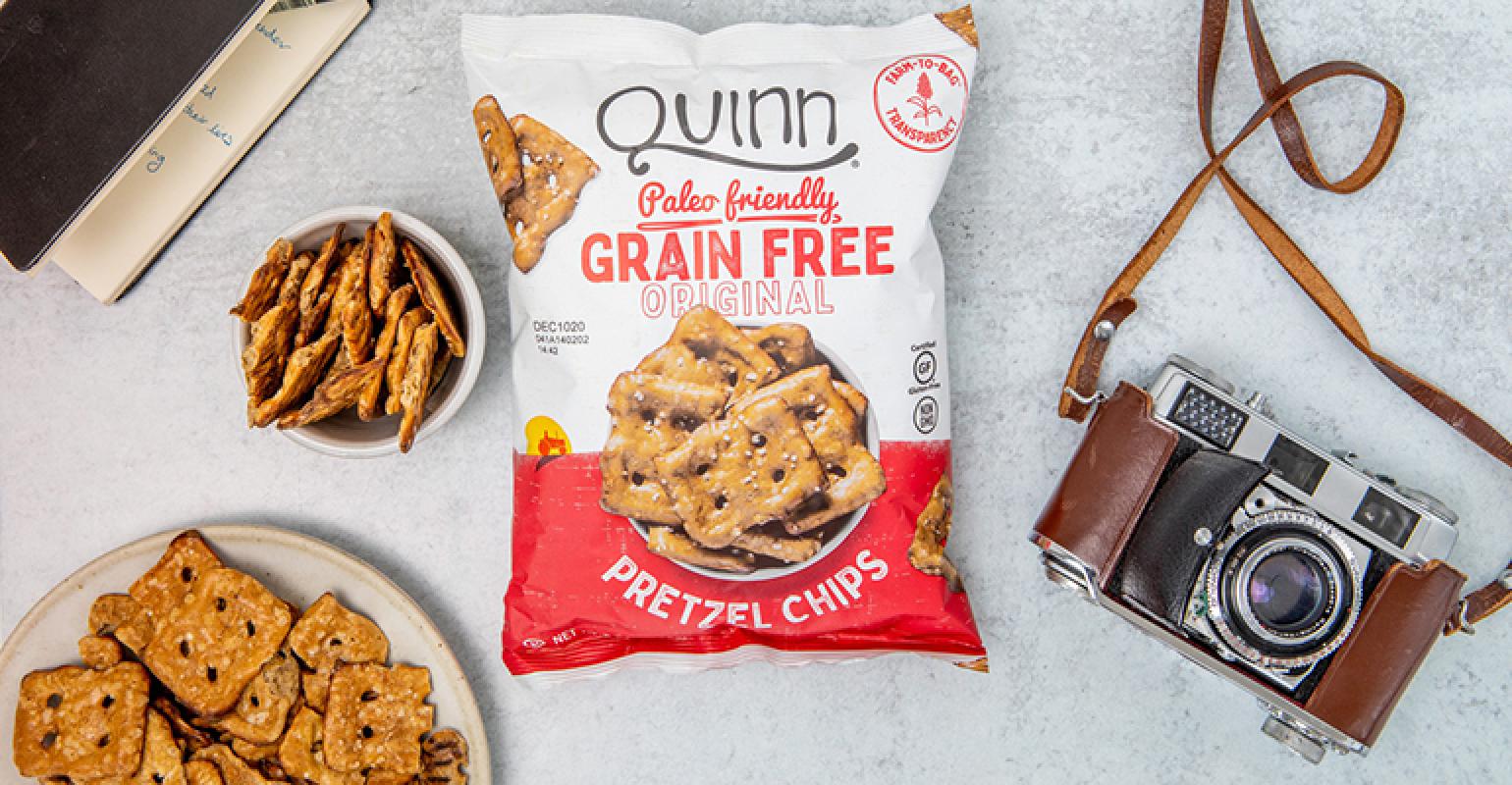 The purveyor of better-for-you pretzels, popcorn and more will use the funding in part to support its growing retail and e-commerce distribution channels.

Quinn—a Louisville, Colorado-based natural foods company known for reimagining classic snacks and being a leader in ingredient transparency—announced it has closed additional series D funding. The latest funding will allow Quinn to bolster its growing retail and e-commerce distribution channels, support new innovation and product lines and continue its work around improving the food system.

The $3 million series D financing round was led by the company's entire Board of Directors, as well as other current investors including BFG Partners, Echo Capital, John Foraker, Gil Fronzaglia, Sunil Thakor and an investment arm of the Lissette family.

"We are thrilled that our current group of investors continues to share in our vision and excitement about the brand's momentum", said Kristy Lewis, founder and CEO of Quinn. "Each of our partners brings significant expertise to elevate our brand to its next stage of growth."

Founded in 2010 with a mission to reimagine classic snacks using only real ingredients and a commitment to transparency, Quinn has established itself as a leader in the salty snack category with distribution in over 7,000 stores nationwide. This past year Quinn expanded into Walmart and saw increased distribution in Whole Foods Market, Kroger and Wegmans.

In addition to expanding in retail, Quinn has experienced immense growth in its e-commerce business through premium retail partners such as Thrive Market, HungryRoot and Imperfect Foods. Known for bringing industry firsts to market, Quinn also recently launched the first, paleo-friendly, grain-free pretzel chip. Excitement for the brand's innovative snack offerings paired with this new distribution has attributed to 65% growth in revenue this year over last year, and has elevated Quinn's status to the No. 2 pretzel brand in the natural channel and Whole Foods Market.

Quinn has also hired experienced natural foods industry and CPG veterans onto the management team. Last year, Brett Atkinson was named COO. "I am honored to be part of such an amazing team and an incredible mission-driven brand." Atkinson said. "I look forward to applying my passion and experience for growing CPG brands to help Quinn get to the next level."

The company has bolstered its sales team in the past few months, led by Al Matulis as vice president of sales. Matulis' most recent role was vice president of sales at Chicago Custom Foods, and prior to that Matulis spent five years with the Kellogg Company running retail and account teams on both the snacks and morning foods businesses in the Eastern region.

Quinn expanded its Board of Directors by naming Hunt Killough as an independent board member (Justin's, One Brands).

How this shelf-stable vegan chicken brand turned a roadblock into a Shark Tank investment
Dec 01, 2020