8 ways to make your product healthier 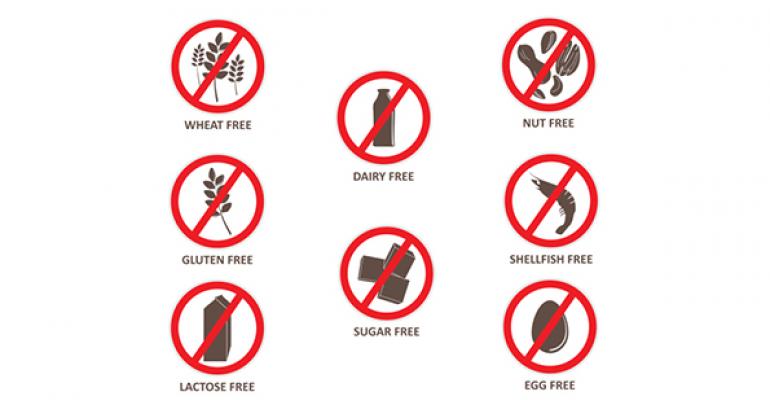 Low-fat and low-carb may be old hat in today&#39;s healthy foods market, but make no mistake. Consumers still clamor for healthy alternatives to their favorite foods. But what unhealthy ingredients are in the crosshairs these days? Which healthy claims are on the rise? And how to I formulate with all these fancy legumes, nuts, dates and ancient grains? Read on.

According to the 21st annual “Shopping For Health” survey released by the Food Marketing Institute (FMI) and Prevention magazine, consumers are continuing the trend of shopping for healthier foods. But what does “healthier” mean? In even the strictest of natural foods stores, you’ll still find plenty of products dripping with fat, buzzing with sugar and saltier than the Dead Sea.

Sound familiar? It may be time to revamp. Start with these eight ways to make your product seriously healthy.

It's probably the single fastest way to improve your product's health profile.

“I went off sugar cold turkey 13 years ago,” says Paddy Spence, chairman and CEO of Zevia soda. “I thought I was a healthy guy, but between the Clif Bars and Odwalla juices, I was getting 250 grams of added sugar a day. I think other consumers in the health products market are also realizing that sugar, even if it’s ‘unrefined,’ isn’t healthy.”

If your product uses sweeteners, choose those with a lower glycemic index that also have some health benefits. Whole or dried fruit add fiber along with sweetness to blunt blood sugar impact, and honey and molasses are rich in nutrients and healthy compounds.

Two of the best calorie-free options are monk fruit (luo han guo)—made from the fruit of a small vine native to China—and stevia, a South American herb (though grown widely in China) that has a sweet taste and no impact on blood sugar. Because stevia can have a bitter aftertaste, combining it with monk fruit or another sweetener can round out the flavor and diminish any bitter aftertaste. Xylitol, a sugar alcohol made from birch or corn, is another calorie-free option. Manufacturing with zero-calorie sweeteners, however, can be a challenge.

“Because stevia is not yet accepted across the globe, and because it can have a bitter note, it’s not always the best option,” says Andrew Aussie, executive vice president of Coromega. Xylitol is also appealing because of its ability to prevent tooth decay. Because it can cause gastric distress in some people, use it in small amounts or blended with another sweetener.

Since the dairy-free milk and butter market has exploded, you’ll find many options. Coconut milk has a full, rich mouthfeel that’s reminiscent of cream, but the flavor can be overpowering. Unless you’re looking for a robust coconut taste, you’ll have better results with a blend of coconut milk and milder, more neutral flavors like almond or rice milk. Likewise, coconut oil is a good stand-in for animal fats, since its high saturated fat content mimics the mouthfeel and baking properties of butter.

Eggs are perhaps the most challenging swap, since they’re essential for binding, leavening and providing bulk. Flax seed is one option for binding. Crushed fruit like applesauce and bananas add bulk and moisture. Be careful of non-vegan ingredients like honey, vitamin D3 (usually made from lanolin), wine (processed with animal blood or bone marrow) and sugar (frequently treated with bone char).

Salt is essential in any food product. It offsets bitterness, maintains color and boosts flavor. But it’s often overused—partly because it extends shelf life, partly because it’s a cheap way to enhance taste.

Try to keep your product’s sodium count under 480 mg per serving. If it’s 140 mg or less per serving, it qualifies for the “low-sodium” claim under the U.S. Food & Drug Administration’s (FDA) current regulations. Having 25 percent or less sodium than the original product will allow you to make the “reduced sodium” claim. Once you strip the salt, you’ll need to amp up taste with flavor-enhancing ingredients like spices, vinegar or citrus. And even if you’re not shaking much salt into your product, watch out for other sources of sodium; tomatoes, baking soda and cheeses are naturally high.

Studies show that as many as 20 percent of Americans say they have a food allergy, sensitivity or intolerance, though the number of people with a true allergy is probably only 3 to 4 percent, according to the Jaffe Food Allergy Institute at the Mount Sinai Medical Center in New York. Since people can react to anything from pickles to pomegranate, avoiding foods that provoke sensitivities and intolerances is a tricky proposition.

“Even if people aren’t outright allergic to cocoa, for example, they may have reactions to it,” says Jodi Feinhor-Dennis, founder of Oh Yes You Candy. “Many people are sensitive to the caffeine in cocoa, and chocolate candies often have milk, or they’re processed in plants that also process gluten. And more people are reporting sensitivities to cane sugar as well.”

However, the vast majority—90 percent—of all food reactions are cause by eight offenders: milk, soy, eggs, wheat, peanuts, tree nuts, fish and shellfish. Steer clear of these, and you’ll make your product accessible to a wider audience.

Natural Marketing Institute’s (NMI) 2012 Healthy Aging Database reported that 50 percent of mature and 65 percent of millennial consumers want more protein in their diet. But unless you’re making jerky or pemmican, chances are your packaged food isn’t tipping the scales in protein content. Fortifying with legumes is easy and inexpensive way to boost not only protein, but also fiber (just be aware: if you’re going after the Paleo market, beans are banned).

Or if you’re ready for something really gutsy, insect protein is now the bleeding edge of sustainable protein. Disgusting, you may say, but creepy crawlies are packed with protein; a three-ounce portion of dried caterpillars, for example, has twice as much protein as the same amount of lean beef.

If your product does use grains, gluten-free is clearly the way to go. In 2011, 18 million people said they followed a gluten-free diet—that’s a giant market, and manufacturers have more alternative grain choices than ever before. On the heels of the gluten-free explosion comes a growing awareness of ancient grains naturally gluten-free selections like amaranth, quinoa and teff that are also higher in protein.

That said, many of those “healthy” gluten-free products make the carb count of Twinkies look good. Keep carbs low and consider using a grain alternative in baked goods. Flours made from legumes, nuts or seeds are growing in popularity. From a formulating standpoint, they can be difficult to work with, so experiment with mixing several different types for the best results.

In 2011, retail sales of products making antioxidant claims grew almost 9 percent, according to Packaged Facts. Some of the most popular antioxidant-boosting ingredients include mangosteen, noni, goji, green tea, blueberries, cherries, cranberries and kale. Add any of these to your product, and you’ll amp up nutrition instantly.

But be cautious with labeling and claims. The once-widely accepted measure of antioxidant capacity—the oxygen radical absorbance capacity (ORAC) assay—has met with considerable controversy. The ORAC assay determines antioxidant potential of foods, but cannot be used to predict what effect an antioxidant will have in the human body.

Also, FDA labeling requirements are specific and strict. Products can make an antioxidant claim only for nutrients for which there is an established RDI (except for beta carotene), as well as scientifically recognized antioxidant activity. In addition, the level of each nutrient represented with an antioxidant claim must be sufficient to qualify for either "high,” "good source" or "more" claims; for example, a product claiming "high in antioxidant vitamin C" must contain 20 percent or more of the RDI for vitamin C. Check with your attorney before making any product claims.

As low-fat (happily) begins to fade into the food-trends horizon, consumers are shifting their focus toward healthier fat choices.

And, in spite of recent research that cast doubts on the health benefits of omega-3 fats, these healthy fats are still backed by hundreds of scientific studies attesting to their benefits. You can better your product’s balance of omega-3 to omega-6 by adding walnuts, flax seeds, or vegetarian or marine sources of concentrated omega-3 fats.

How to formulate supplements with novel delivery formats
Jul 19, 2013