Whether small or large, the successful consumer packaged goods companies of the future will have at least one thing in common: They’ll be driven by purpose.

So says John Foraker, who’s the CEO of Annie’s Homegrown and has been working with company for almost 20 years. He talked with entrepreneurs Wednesday as part of New Hope’s CEO Brown Bag Luncheon webinar series about the role of purpose and mission in the success of Annie’s, which is now owned by General Mills.

“If I could do things differently and over again, I would have articulated mission and purpose way earlier, and I can only imagine what impact that would have had on our business,” he said.

Below are a few of his tips for companies. Click here or on the photo at right to watch his presentation in full.

Clearly articulate core values and mission. Putting into words that the company values authenticity and fair practices have helped guide Annie’s decision-making. “We want to 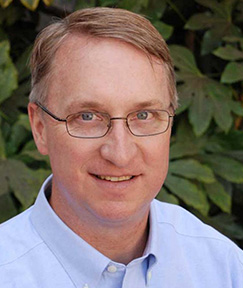 Put mission and values everywhere. Literally, everywhere. Annie’s puts reminders of its values on the walls, on social channels and on products. “If we could have printed them on toilet paper, we probably would have done that too,” he joked.

Everyone take ownership of them. Leaders drive purpose, but employees live it and breathe it, too. “If you don’t have the kinds of people in your organization that can embrace and build your culture, get new ones,” he said. “There are plenty of them out there that want to work for cool businesses that really make an impact on the world.”

Lead on issues that you and consumers care about. Companies worthy of trust take strong positions—and even take flak for them sometimes.