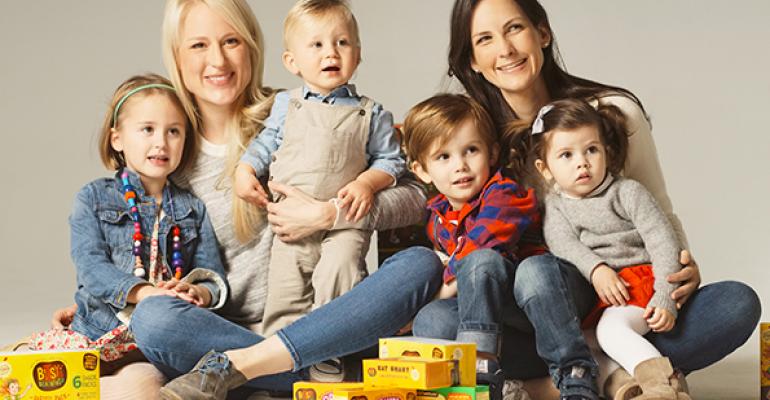 Maggie Jones Patton and Alexandra Buckley Voris were still pretty new to the food industry when they won their NEXTY Award in 2014. They've since become leaders for kid-targeted foods, a growing category for natural foods. Sales at their company, Bitsy's Brainfood, have “more or less doubled” since receiving the award, and they're still rapidly expanding their geographic presence.

Bitsy's makes snacks and cereals for kids that are formulated to support the specific nutritional needs of a growing brain (complete with vegetables baked into the products) but also to be tasty and appealing to the target audience, who tend to have notoriously elusive taste buds. In partnership with a not-yet-named major retailer, the company will launch a new snack line in March, bringing their total offerings to ten products—up from a current seven.

While the target age for Bitsy’s is between two and 12—preschool through early-elementary age—Patton and Voris hear all the time about college-age girls and other adults snacking on their products. “I guess people are always looking for something that has a little sweetness in it to snack on, but that still is healthy,” Patton said.

They're sold nationally in Sprouts, Kroger and Target, and are currently in four Whole Foods regions—although that could change quickly, as category reviews are around the corner.

The founders say the NEXTY Award had a lot to do with that growth, because it gave the brand credibility with retailers early on, and the growth has been nonstop since. Last year, for example, said Patton: “We were able to take on new items [...] like we did a Halloween pack that went out nationwide with Target and Wegmans," Patton said.

Retailers, she added, have also been open to hearing ideas and having discussions about how to do things better in kids' foods. "I feel like they've really looked to us as a partner to talk about things like that and hear our ideas. I think that's the kind of thing that really happens because of recognition like a NEXTY,” she said.

The award also helped Patton and Voris stay focused and confident. “I don't think anyone, even if they've been on a rocket ship to the moon with their food brand, would say that this is an easy journey,” she said. “A lot of being an entrepreneur is having the energy to keep taking risks and keep investing more, and keep trying. When you're running a startup, to have something like the NEXTY can be, emotionally, as much of a game-changer as what happens in a concrete way to your business.”