CRN weighs in on dietary guidelines 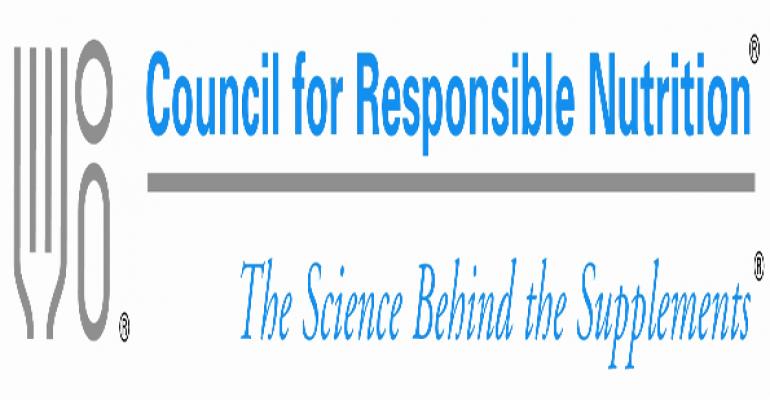 CRN was the only dietary supplement trade association to provide oral testimony&nbsp;at the second meeting of the 2015 Dietary Guidelines Advisory Committee.

“Good morning, my name is Douglas MacKay and I am speaking on behalf of the Council for Responsible Nutrition, a trade association that represents dietary supplement manufacturers and ingredient suppliers. Thank you for granting me this opportunity to provide comments.

“CRN would like to address why multivitamins and multiminerals are a no calorie, convenient, safe and affordable way to fill nutrient gaps when recommended nutrient intakes cannot be met through food.

“CRN believes that a healthy diet, including appropriate supplementation when warranted, and regular exercise are key contributors to achieving good health. A fundamental premise of the Dietary Guidelines is that Americans should obtain nutrients primarily from foods, while balancing energy intake with energy expenditure.  Maximizing nutrient-dense foods is a shared public health goal, yet data consistently show that consumption of these foods is lower than recommended and major nutrient shortfalls still exist.

“In fact, data published after the 2010 Dietary Guidelines show that a large portion of Americans fall below the EAR for certain nutrients, specifically vitamins A, C, D, E, magnesium, and calcium, even when nutrient intake from all sources is considered. Intake of some nutrients is low enough to be of public health concern. These include potassium, dietary fiber, calcium and vitamin D, along with iron, folate and vitamin B12 for specific population groups. Supplementation may be useful in correcting these nutrient shortfalls.

“Taking a multivitamin fills nutrient gaps and poses no harm to health. Data published since the 2010 Guidelines show only a small percentage of Americans consume some nutrients at levels above the UL when contributions from diet, fortified food, and supplements are all taken into account; however, these levels have not been associated with harm. In the recent Physicians’ Health Study II, a trial of over 14,000 male physicians that took a daily multivitamin for over ten years, no serious adverse effects were found.

“In conclusion, the use of a multivitamin and other dietary supplements should be carefully considered to ensure adequate intake of essential micronutrients, especially in those at risk for nutrient inadequacies.

“CRN thanks you for this opportunity and would be happy to provide further information, references, or clarification if needed.”