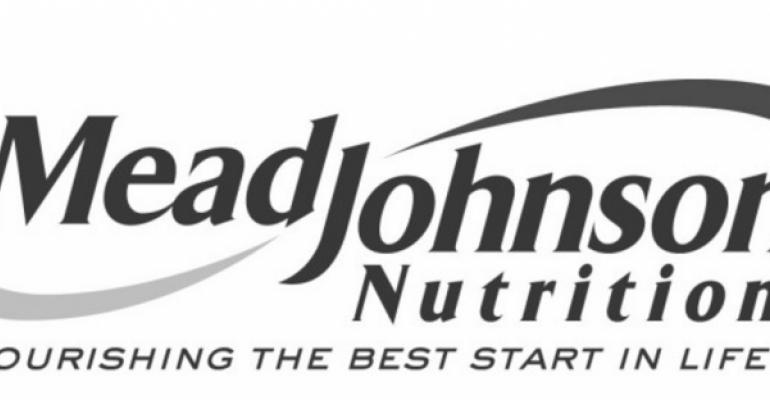 Company anticipates revenue growth around 7 percent in constant dollars with growth largely in the second half of the year as new initiatives are launched.

“We had a solid start to 2015,” said Chief Executive Officer Kasper Jakobsen, “considering that both our U.S. and China businesses are being compared to a strong prior year quarter. With over 70 percent of our business outside the United States, foreign currency translation negatively impacted our topline. Investment in demand-generation activities continues to be strong and we expect an increase to support strategic initiatives in the coming quarters. We are creating production capacity and flexibility for our China business to support consumer preference for fully imported products.”

First quarter company results
First quarter sales of $1,094.4 million were down from $1,113.3 million in the prior year quarter. Constant dollar sales increased slightly more than three percent, driven by pricing. In aggregate, volume was flat due primarily to tough prior year comparisons in the U.S. and China businesses.

Gross margin was 64.0 percent, up from 63.6 percent in the first quarter of 2014. Gross margin benefited from price increases and lower dairy input costs. In gross profit, the impact of Euro denominated manufacturing costs partially offset the adverse effect of foreign exchange to sales.

Investments in demand-generation activities, in reported dollars, decreased compared to the prior year quarter due to foreign exchange impacts and the timing of promotional campaigns. Earnings before interest and income taxes (“EBIT”) totaled $285.2 million in the first quarter of 2015, compared to $291.2 million for the comparative period in 2014.

The company’s effective tax rate (“ETR”) was 23.7 percent in the first quarter, compared to 25.5 percent in the prior year quarter. The lower ETR was primarily due to a favorable change in the geographic earnings mix.

North America/Europe
North America/Europe segment sales increased three percent on a constant dollar basis. On a reported basis, sales were $309.0 million, up from $308.2 million in the same period a year ago. Sales growth and gross margin improvement were driven by price increases taken in 2014. Gains in infant and children's market share were partially offset by the timing of retailer purchases and a strong prior year quarter which included WIC contract gains.

Latin America
Latin America segment sales increased 13 percent on a constant dollar basis. Excluding the impact of inflationary price increases in Venezuela and Argentina, constant dollar sales increased five percent. On a reported basis, sales were $204.4 million, down four percent from $212.4 million in the same period a year ago. Reported sales were adversely impacted by foreign currency translation, particularly in Venezuela, where price increases were more than offset by the impact of currency depreciation.

Operating expenses decreased primarily due to foreign currency translation and transaction impacts, the timing of promotional spending and the absence of one-time expenses in the prior year. EBIT of $57.3 million, increased from $46.6 million for the same quarter a year ago, primarily from the aforementioned lower expenses.

Asia
Asia segment sales were in-line with the prior year quarter on a constant dollar basis. On a reported basis, sales were $581.0 million, down two percent from $592.7 million in the prior year quarter. Reported sales for the business in China showed sequential improvement from the fourth quarter of 2014. Hong Kong experienced protests about cross-border trade which led to volume declines in the quarter. Several Asian markets had a tough comparison to the prior year, when the company benefited from competitors’ supply disruption.

Operating expenses were higher primarily due to inflationary cost increases. Promotional spending for innovation and new product launches in the Philippines and Vietnam were partially offset by the timing of promotion activities in other markets. EBIT was $231.5 million, compared to $241.3 million for the same quarter a year ago, primarily due to lower sales.

Corporate and other
Corporate and Other expenses were $81.9 million for the first quarter of 2015, up from $62.8 million in the first quarter of 2014 mainly due to the China investigation. As disclosed in the Form 10-Q report, issued this morning, the company has progressed in its discussions with the SEC regarding the China matter. The company's best estimate of a potential settlement that may result from these discussions is $12 million, which has been accrued. The company emphasizes that its discussions with the SEC staff are ongoing and no settlement has been agreed to date. There can be no assurance that the ultimate amount paid by the company to resolve this matter will not exceed the amount accrued to date or that other sanctions will not be imposed.

Cash flow items
Cash and cash equivalents improved by $136.2 million since December 31, 2014 and were $1,433.9 million at March 31, 2015. Long-term debt was $1,511.9 million as of March 31, 2015. The company continues to invest in sustaining organic growth, while assessing opportunities for acquisitions in order to create long-term value for shareholders.

Outlook for 2015
“We reiterate our 2015 non-GAAP EPS in the range of $3.90 to $4.00,” Mr. Jakobsen said. “We anticipate revenue growth around 7 percent in constant dollars with growth largely in the second half of the year as new initiatives are launched.”

The company currently expects the impact of adverse foreign currency translation to be approximately five percent, leading to reported sales growth of approximately two percent. Specified Items are currently expected to be $0.11 per diluted share excluding any mark-to-market pension adjustments. As a result, full year GAAP EPS is expected to be in the range of $3.79 to $3.89.