Frulact to build first US operation in Idaho 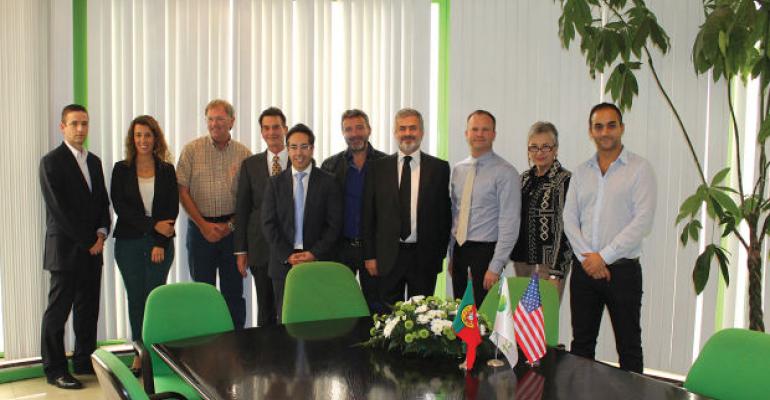 Portugal-based Frulact Group signs development agreement with the City of Rupert, Idaho, for a 200,000-square-foot fruit preparation and processing plant.

Frulact, an international fruit processor based in Portugal, signed a Development Agreement with the City of Rupert, Idaho, to build its first U.S. operation here. Frulact’s Development Agreement was signed by Rupert city and Urban Renewal representatives to secure a 200,000-square-foot fruit preparation and processing plant with ground breaking slated for this spring.

“The City of Rupert has been a wonderful and supportive partner through the long and sometimes difficult process of planning a state-of-the-art food processing facility—and we could not have chosen a better place,” said Joao Miranda, president of Frulact. “We look forward to continuing our collaborative partnership with the City, making continued investments in the community, and becoming an integral part of the City’s social and economic development.”

Frulact’s Rupert facility will be the first manufacturing Foreign Direct Investment (FDI) in Idaho and their first entry into the United States. Frulact, with locations in Portugal, France, Morocco and Algeria, produces fruit-based preparations for international food industries.

“For our small community of just 5,500 to bring in Idaho’s first foreign direct investment and the first American operation of a global company is a huge win for the residents of Rupert,” said Kelly Anthon, Rupert city administrator. “The economic impact Frulact’s facility will have on our community and region will be massive. We’re thrilled to take this first official step in welcoming Frulact to Rupert,” he said.

Frulact’s Rupert facility will begin operations in 2015 with approximately 100 hired. Staff will be added as growth warrants.

The City of Rupert and Southern Idaho Economic Development Organization recently received national recognition from Trade & Industry Development in the corporate investment and community impact category for their recruitment of Frulact. With more than 400 project submissions from throughout North America for this prestigious CiCi Award, Rupert’s Frulact project was chosen as one of only 15 finalists.

Frulact is a private company that specializes in the design, development and processing of fruit based preparations for application in the food industry. Operating in a case-to-case model, Frulact offers dairy products, ice creams, and pastries; beverages, such as juices, nectars, and soft drinks; and consumption products, including smoothies, pastries, concentrates, snacks fruit, and other products. It also produces products made from fruits, including juices, jams, sweets, and baby food under private label for companies.  The company currently operates a total of six factories, three in Portugal, and the others in France, Morocco and Algeria.