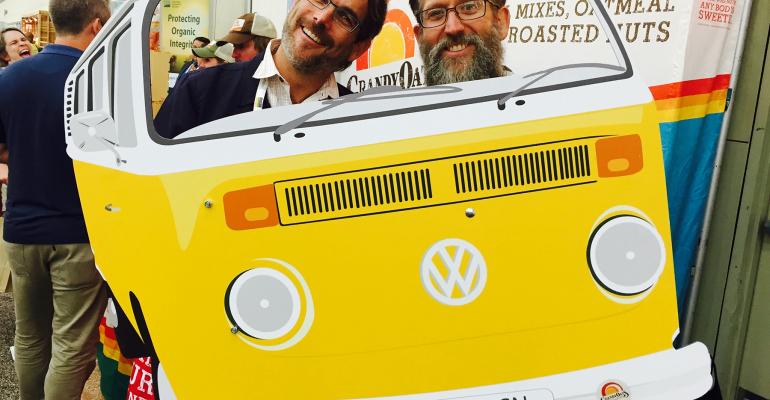 Instead of expanding its existing facility, the Maine-based granola maker relocated and revolutionized its energy consumption as well.

By last year, Maine-based granola and snacks maker Grandy Oats had outgrown its existing production facility. But instead of just expanding, it decided to relocate and revolutionize its energy consumption as well. Now operating out of an abandoned elementary school, the company had 288 solar panels installed and is one of the first companies to run a net-zero energy food production facility along the east coast and perhaps beyond.

Aaron Anker, chief granola officer, is pretty happy with the decision, which he feels is a win-win-win. “It's a wonderful thing to do from a marketing standpoint, there's no reason to deny that; but really it's just an example to set for my children,” he said, adding that he hopes they can serve as a model for other businesses to demonstrate both the environmental and economic benefits.

“We were actually able to finance the whole project, and within seven years we'll own our energy,” he said. “The basic cost is about the same as what we would be paying for energy otherwise. So we're paying a bank instead of a gas company or electric company.”

ReVision Energy, the solar provider Grandy Oats enlisted to help with the endeavor, had suggested the company go beyond simply powering its basic electricity needs and also re-evaluate all the interior systems that use power. Anker said they ended up installing high-efficiency electric heat pumps and hot-water heaters, and they switched to electric ovens (from propane) and even forklifts.

The biggest piece of advice Anker has for others interested in going the solar route is to find a good solar provider that will understand your needs as well as help to plan your output. The other important thing, he said, is to time it well and plan carefully. “When we were starting a new facility, that was the optimal time to do it,” he said. “You want to make sure that when you're doing a new facility or reinvestment, to look at it before it's too late and research it early on. Nat [Pierce, head honcho at Grandy Oats] and I, it took us almost two years to build out a new facility. We took our time and did it right.”

Now, he's all about spreading the word and helping anyone who's interested in going solar to do so. “It's great for my business to get excitement around this, and for us to generate some exposure and sales and all that, but I can't say enough—I want others to know that it's feasible,” he said.

And with the solar-powered facility complete, the company can again fully focus on continuing to expand its product line, which will soon feature gluten-free items made in the newly dedicated gluten-free section of the facility.