How to formulate supplements with novel delivery formats 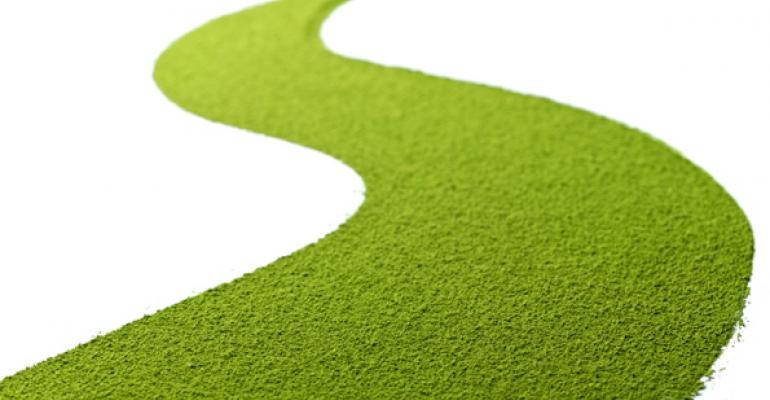 One size does not fit all when it comes to delivering nutrients. Depending on your target market, and your particular ingredient, you can now choose from dissolvable tablets to stick packs, effervescent powders to chews and more.&nbsp;

But even if those formats are the most popular, the rise of other novel formats in recent years is clear indication that innovation has come to the way people consume nutrients.

“Chewitabs produce a light crunch when bitten and then form a soft chew that dissolves quickly in the mouth and therefore can be taken without water,” said Nigel Theobold, chief executive. “They are particularly well suited for children and the elderly.”

The tablets can be manufactured using standard tablet compression equipment and come in a range of sizes to allow for different doses. It will also be possible to pack them in bottles or blisters. They became available for global distribution at the end of 2010.

While not new to the market, one delivery system that has experienced a spike in popularity is stick packs—a skinny, flexible pouch that many consumers recognise from sugar substitutes.

Because the packs are small and produced on very fast, dedicated machines, their cost per unit is low, making them both efficient and cost-effective. They are also easy for consumers to transport.

Sabinsa launched its stick pack project in the fourth quarter of 2007, just as the company completed its new manufacturing facility in Utah. “Our equipment is set in place for powder stick packs, and we even package beadlets into our stick packs,” said Shaheen Majeed, marketing director. “Most of the projects we have done contained soluble material; however, it is not uncommon to see non-soluble powder, actives or pellets in these stick packs.”

One type of non-soluble ingredient often put into stick packs is protein powders, which need to be dispersed rather than solubilized. Other examples include certain instant drink formulations, where the customer has to pour it into a liquid, shake and drink right away.

Interest has been most strong in the U.S., Majeed said, simply because consumers are more familiar with the format. Still, many manufacturers don’t know what to put inside them. “Sabinsa offers customers custom-based formulas that are ready to go. They are soluble, inexpensive and convenient formulas that cover a wide range of health conditions,” he said.

Swedish probiotics manufacturer Probi entered the stick-pack market by partnering with NextFoods of Colorado to launch probiotic sticks with its Lp299v probiotic strain. Called GoodBelly ToGo, it is a portable powdered drink with a long shelf life.

“We have seen growing interest in the stick-pack concept everywhere, but the U.S. was the first place we decided to launch one of our probiotic strains,” said Michael Oredsson, Probi CEO.

“What we like about the format is that it offers exceptional clinical documentation coupled with great taste and a long shelf life in an ambient format. We believe stick-packs will continue to grow, although capsules still have a lower COGS,” Oredsson said.

A relatively new delivery format in the U.S. is effervescent tablets or powders, which offer the benefits of portability, ease of use and are self-mixing. They are also more economical than premade water products. The format has long been popular in Europe.

To many consumers, effervescents have become synonymous with one particular product, Emergen-C, which was introduced in 1978 by Alacer Corp. Championed as the “champagne of nutritional drinks,” the fizzy drink mix offered 1000mg of vitamin C, vitamins and electrolytes, which became Alacer’s signature formula.

Amerilab of Plymouth, Minnesota, was founded in 1995 to specifically manufacture effervescent formats. Its first product was a flavored tablet called Fizzies, and its portfolio quickly expanded to include the incorporation of minerals, vitamins and herbal ingredients.

Working out these challenges is worthwhile, Wehling said, because most actives are much more stable in effervescent formulations than other formulations, due to their very low moisture level.

“All products manufactured are placed into environmental chambers to stress the formulations at high temperatures prior to beginning commercial production,” Wehling said. “Testing is performed to confirm and verify potency through expiration or the ‘use before’ date found on products. We also perform incoming analysis on all actives and test each batch of products after production.”

In 2009, Nordic Naturals ventured into the effervescent world with a powdered fish oil supplement. Packaged in single-serve packets, the powder is simply stirred into water and offers 500mg of EPA and DHA per serving, as well as 1,200 IU of vitamin D3.

“The biggest challenge in making our effervescent product was being able to extract the oil and preserve it in the minutes it takes to convert it into a powder,” said Joar Opheim, CEO. “We also had to protect the oil in a shield in a water-soluble way so that when added to water, the shield is broken down to immediately make the oil available for absorption.”

It took four years to develop the product, but the effort was worth it. “Some people will not take an oil and cannot swallow capsules,” Opheim said. “We intuitively knew this delivery system would work well, due to our general market knowledge of individuals preferring liquid supplements.”

What you must know before developing a dietary supplement
Jun 26, 2013

What information must show up on a supplements label?
Jun 28, 2013